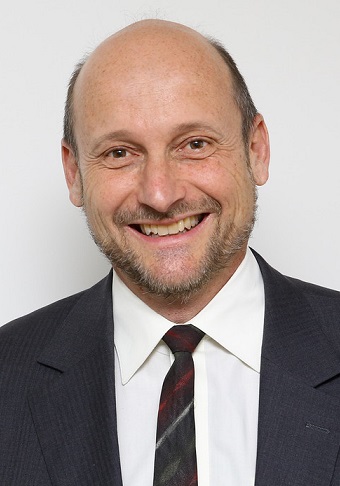 Jens is a certified appellate specialist, and the incoming chair for the Appellate Courts Section of the Los Angeles County Bar Association.

In Jameson v. Desta, the California Supreme Court has now told the superior sourts that they must provide official court reporters to indigent civil litigants. But how will the superior courts and the Legislature respond? And what effect will that have on non-indigent litigants? Is electronic recording now on its way to our courts? The court's policy-based decision was a sweeping paean to equal access to justice. But much remains to be seen.

Jameson, 2018 DDJAR 6643 (July 5, 2018), reversed the Court of Appeal and unanimously held "that an official court reporter, or other valid means to create an official verbatim record for purposes of appeal, must generally be made available to in forma pauperis litigants upon request." Id. at 6643-44.

The circumstances in Jameson, although unique in some aspects, are probably repeated thousands of time each year in courts across California. That is why the impact of this decision is significant. Jameson sued Dr. Desta over medical treatment he received while incarcerated; he brought his action in pro per. After three separate prior appeals, the case was finally set to go to trial. At a hearing 10 days before trial, the San Diego trial court informed the parties that the court no longer provided court reporters for civil trials and that the parties would have to provide their own. Neither party sought to provide a court reporter and the trial proceeded without one. Id. at 6644.

After both parties had given opening statements, Dr. Desta moved orally for nonsuit. The trial court granted nonsuit, entered judgment and Jameson appealed that ruling, as well as others. On appeal, Jameson argued that the trial court erred by not having the trial recorded by a court reporter. He also argued that the nonsuit ruling was erroneous for various reasons. The Court of Appeal interpreted the governing statutes and rules of court as not imposing an obligation on the trial courts to have a civil trial recorded by an official court reporter, nor to pay for the costs of a substitute court reporter when the litigant was indigent. The Court of Appeal also held that, because a nonsuit is dependent on reviewing the evidence to be presented at trial, Jameson could not obtain reversal of a nonsuit without a reporter's transcript, and thus did not address several legal arguments he had raised in support of reversal. Id. at 6644-45.

The Supreme Court reviewed the history of judicial decisions that have given courts the inherent authority to waive various types of statutory fees for indigent civil litigants to facilitate equal access to the courts. Id. at 6645-46 Indeed, several of the decisions the court cited with approval were quite far-reaching, including Solorzano v. Superior Court, 18 Cal. App. 4th 603 (1993) (trial court abused discretion by appointing privately compensated discovery referee that indigent plaintiffs could not afford) and Roldan v. Callahan & Blaine, 219 Cal. App. 4th 87 (2013) (trial court may not consign indigent plaintiffs to an arbitration process the cannot afford to pursue). Jameson, 2018 DJDAR at 6646, 6653-54. The court also analyzed various statutes and rules of court that applied to indigent litigants and court reporters. Id. at 6647. Finally, the court explained how critical having a court reporter transcribe key proceedings is, particularly in the appellate context. Id. at 6647-48.

Given these circumstances and the legal and statutory principles, the court concluded that not providing official court reporters to indigent civil litigants (who are entitled to a fee waiver), while permitting private court reporters for those litigants who can pay "is inconsistent with the general teaching of prior California in forma pauperis judicial decisions and the public policy of facilitating equal access to the courts embodied in [Government Code] section 68630, subdivision (a)." Jameson, 2018 DJDAR at 6644. The court did not cite to a specific constitutional provision, statute or court rule, instead acknowledging that "the relevant statutory provisions that impose fees or other expenses do not themselves contain an exception for needy litigants." Id. at 6646. On the other hand, the court also noted that the statutes providing that court reporters may not always be available did not expressly address how to deal with fee waiver indigent litigants. Id. at 6650

Given what it saw as a statutory vacuum, the Supreme Court instead relied on the more amorphous general public policy of ensuring equal access to justice. "Without an exception for fee waiver recipients, the policy at issue here places indigent civil litigants at a significant disadvantage with respect to the right of appeal compared to those litigants who can afford to pay for a private shorthand reporter." Id. at 6654. The court found San Diego County Superior Court's policy "invalid" and said courts have to provide an exception for indigent parties "that assures such litigants the availability of a verbatim record of the trial court proceedings, which under current statutes would require the presence of an official court reporter." Id.

Seeming to point the finger at the Legislature, the court also explained that a "number of other states" allow electronic recording to create "an officially recognized verbatim record of trial court proceedings that can be relied upon on appeal," but that in California current legislation bars electronic recording except in limited civil cases and misdemeanor criminal ones. Jameson, 2018 DJDAR 6643 n.2; see also 6647 n.10. The court noted that a 2017 commission report recommended implementing a pilot electronic recording program, but that "legislative authorization is required to proceed with this recommendation." Id. at 6643 n.2; 6652 n. 17 ("legislative modification ... is required to permit realization of such savings."). Moreover, it is telling that the court's holding says that trial courts must provide a court reporter "or other valid means to create an official verbatim record for purposes of appeal." Id. at 6643. This not-so subtle message seems aimed at Sacramento.

Finally, the court waved off (in a footnote) the official alternative methods for creating an appellate record, a settled or agreed statement, as ineffective. It also noted that reliance on a settled statement would still create a two-class system, because non-indigent litigants would not have to rely on this procedure. Id. at 6654 n.20

What can we glean from Jameson? At least seven points come to mind, but more will surely reveal themselves over time.

First, there is no doubt that indigent civil litigants are entitled to having an official court reporter present at the hearings in their cases, if they request it, without having to bear any cost for that. The court, however, did not definitively say who pays the court reporter fees for actually putting together a reporter's transcript on appeal (a quite significant cost, particularly in long trials). Although acknowledging that there are limited funds available in the Transcript Reimbursement Fund to assist indigent litigants, the court pointed to that Fund as a solution. It also noted that indigent appellants might be able to obtain representation from nonprofit or pro bono lawyers, who would pay for the appellate transcript. Jameson, 2018 DJDAR at 6654-55. But the implication of the Jameson decision is that the superior court would have to pick up the cost for creating an appellate transcript as well.

Fourth, it remains to be seen how the superior courts will digest the added costs from this decision. Will they cut services or raise fees in other areas? Will they try to recoup all of the cost from the non-indigent litigants in that case? Or will this prompt the Legislature to increase funding for the trial courts?

Sixth, even while mandating that the superior courts bear this additional cost of providing official court reporters to indigent litigants, the Supreme Court seemed to make it more difficult for the superior court to use any innovative, cost-saving outsourcing programs. The Jameson court commented that any outsourcing to a privately compensated provider, without an exception for indigent litigants, would violate this equal access public policy. Jameson, 2018 DJDAR 6654. Thus, this decision seems to box superior courts in, and make them even more reliant on the vicissitudes of legislative funding or higher fees.

Seventh, Jameson used far-reaching language about the importance of equal access to justice. Why then shouldn't indigent civil litigants be entitled to free legal representation, at least in fundamental civil disputes, like family, juvenile or probate cases? It is a dirty secret that not being represented in those types of cases can make all the difference in the outcome. Is the policy-based claim for free legal representation right around the corner?

On paper, the Jameson decision only changed the status quo for official court reporter availability for indigent civil litigants. But its broad language, reasoning and its necessary pragmatic effect mean that inevitably the superior court, non-indigent civil litigants and even the Legislature will be touched by this decision.