Impeachment of a witness with prior acts 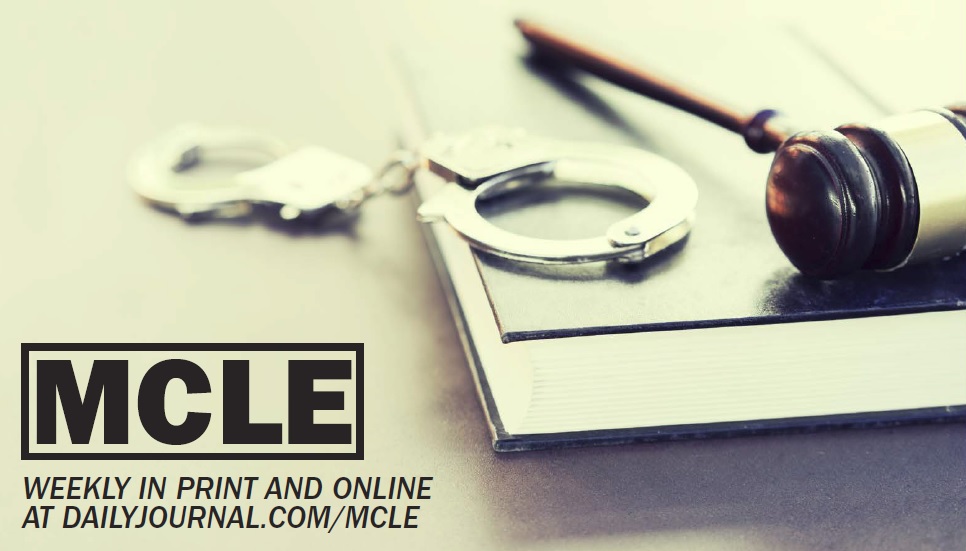 The objective of this article and self-study test is to familiarize readers on impeachment of witnesses' credibility with prior felony convictions and moral turpitude acts. Readers will learn about the statutory basis for impeachment with prior convictions under Evidence Code Section 788, how much information about the prior may be disclosed, courts' discretion to bar impeachment, and deciding when priors from other jurisdictions may be used to impeach. Readers will also learn about People v. Wheeler, 4 Cal. 4th 284 (1992), providing for impeachment with moral turpitude acts even if no conviction resulted, and limits to such impeachment.

No witness, including a defendant, who elects to testify on his or her own behalf, is entitled to a false aura of credibility. People v. Muldrow, 202 Cal. App. 3d 636 (1988). To that end, evidence that a witness has been convicted of a felony is admissible to attack the witness' credibility. Evid. Code Section 788. The impeaching offense may postdate the charged offense, because the impeaching evidence involves the testimony at trial and not the date of the commission of the pending offense. People v. Hinton, 37 Cal. 4th 839 (2006).

There are four exceptions to this rule: (a) if the indictment or information was dismissed (although this exception does not apply to a criminal trial where the witness is being prosecuted for a subsequent offense); (b) if the witness was pardoned based on innocence; (c) if the witness received a certificate of rehabilitation or pardon; or (d) if the witness was convicted in another jurisdiction and was pardoned based on innocence or received a certificate of rehabilitation and pardon. Evid. Code Section 788, subds. (a)-(d).

The expansive language of the constitutional provisions was narrowed by People v. Castro, 38 Cal. 3d 301 (1985), on due process grounds, and therefore only crimes of moral turpitude are admissible in a criminal trial for impeachment purposes. "Moral turpitude has been variously described as follows: Conduct indicating bad character, a readiness to do evil or moral depravity of any kind ... ; acts 'attended by knowledge of [the] circumstances and a conscious decision to exploit them sufficient to signify a readiness to do evil ... ' ... ; 'an act of baseness, vileness or depravity in the private and social duties which a man owes to his fellowmen, or to society in general, contrary to the accepted and customary rule of right and duty between man and man. ... ' ... ; or conduct involving violence, menace or threats." People v. Lepolo, 55 Cal. App. 4th 85 (1997), (citations omitted). It is thus clear that "'moral turpitude' refers to a general 'readiness to do evil' even if dishonesty is not necessarily involved." People v. Contreras, 58 Cal. 4th 123 (2013).

Evidence of prior felony convictions offered for impeachment purposes is restricted to the name or type of crime and the date and place of conviction. People v. Allen, 42 Cal. 3d 1222 (1986). The underlying facts of the conviction must have a separate independent relevancy to be admissible. Cal. Const. art. I, Section 28(f)(2). "When a party impeaches a witness with evidence of a prior conviction, the scope of inquiry does not extend to the details of the underlying offense or its surrounding circumstances." People v. Szadziewicz, 161 Cal. App. 4th 823 (2008)(citations omitted).

Nonetheless, a witness may also be impeached with evidence that tends to contradict testimony given on direct examination, even if that evidence would not otherwise be admissible. See People v. Lang, 49 Cal. 3d 991 (1989). Hence, a witness' testimony on direct examination "may open the door to the use of otherwise inadmissible evidence of prior misconduct for the purpose of contradicting such testimony." Andrews v. City and County of San Francisco, 205 Cal. App. 3d 938 (1988); Evid. Code, Section 780, subd. (i).)

Evidence Code Section 788 is subject to Evidence Code section 352. Castro. Section 352 provides: "The court in its discretion may exclude evidence if its probative value is substantially outweighed by the probability that its admission will (a) necessitate undue consumption of time or (b) create substantial danger of undue prejudice, of confusing the issues, or of misleading the jury."

Priors from Other Jurisdictions

California law recognizes that "[w]hether or not a crime committed outside of California is a felony or misdemeanor for the purposes of impeachment, depends upon the law of the jurisdiction in which the offense was committed ... It is the law of the jurisdiction where the crime was committed that determines the character of the offense as a felony or a misdemeanor." People v. Theodore, 121 Cal. App. 2d 17 (1953) (emphasis omitted).

"In the absence of limitation, a reference to 'prior felony convictions' is deemed to include any prior conviction which was a felony under the laws of the convicting jurisdiction." Lang.

Impeachment with Prior Acts

Wheeler held that the California Constitution, as amended by Proposition 8, gave "criminal courts broad discretion to admit or exclude acts of dishonesty or moral turpitude 'relevant' to impeachment," even if no conviction resulted and the underlying acts were only misdemeanors. The court thus concluded "that if past criminal conduct amounting to a misdemeanor has some logical bearing upon the veracity of a witness in a criminal proceeding, that conduct is admissible."

Because misconduct other than a felony conviction is a less forceful indicator of immoral character or dishonesty and is more difficult to prove, a trial court must consider with particular care whether the admission will involve undue time, confusion, or prejudice outweighing its probative value. Wheeler. Wheeler stated a court should also consider issues of "fairness, efficiency, and moral turpitude" when evidence other than a felony conviction is proffered for impeachment. Accord , 45 Cal. 4th 390 (2009).

Wheeler further found "the fact of conviction of a misdemeanor remains inadmissible under traditional hearsay rules when offered to prove that the witness committed misconduct bearing on his or her truthfulness." But, Evidence Code Section 452.5, subdivision (b), was subsequently added, now allowing "rap sheets" to prove conduct despite a hearsay objection. This section "creates an exception to this hearsay rule and allows prior misdemeanor conduct to be proved by official records of misdemeanor convictions." People v. Lopez, 129 Cal. App. 4th 1508 (2005); accord People v. Duran, 97 Cal. App. 4th 1448 (2002).