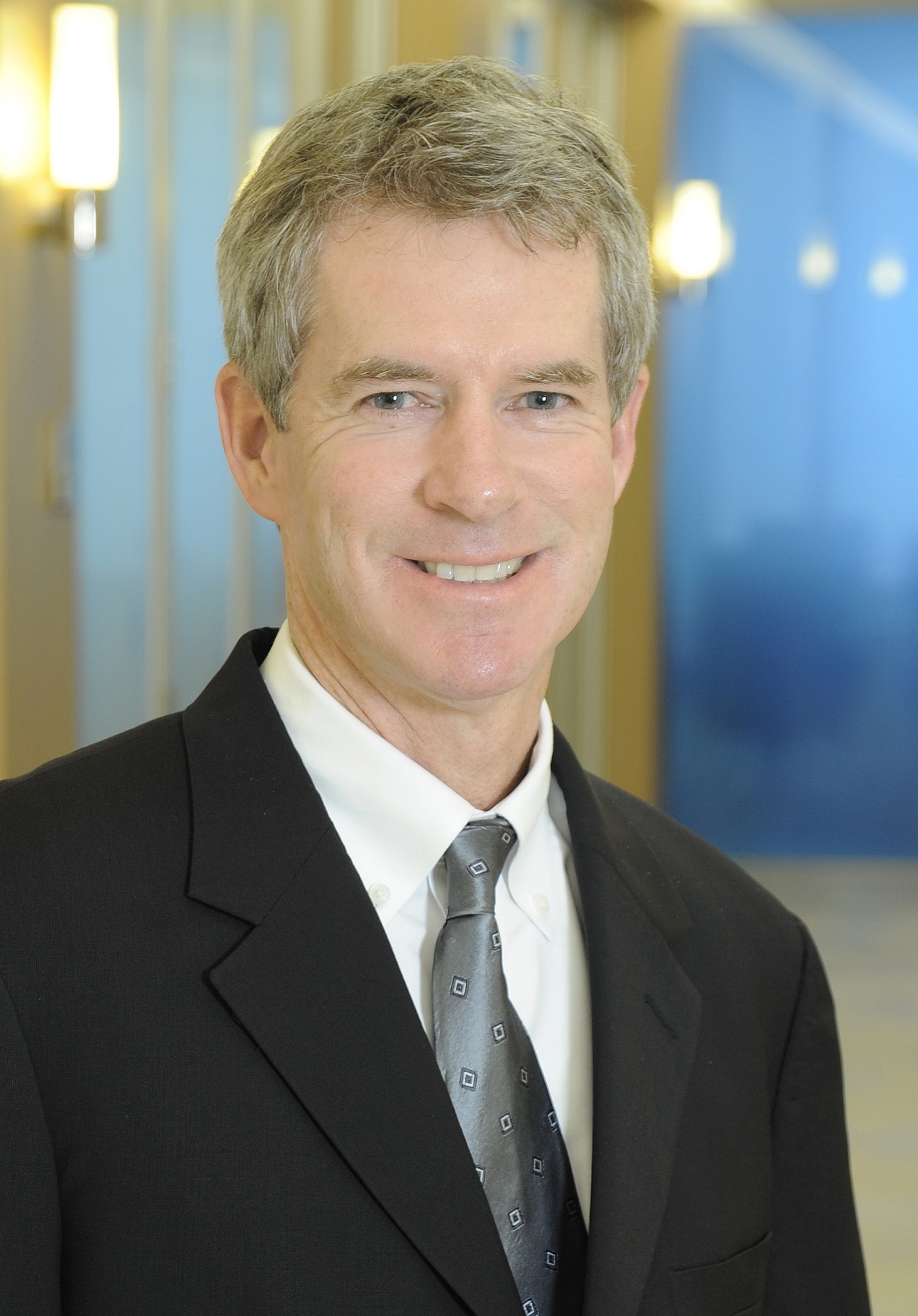 Steven is a lawyer in Sacramento 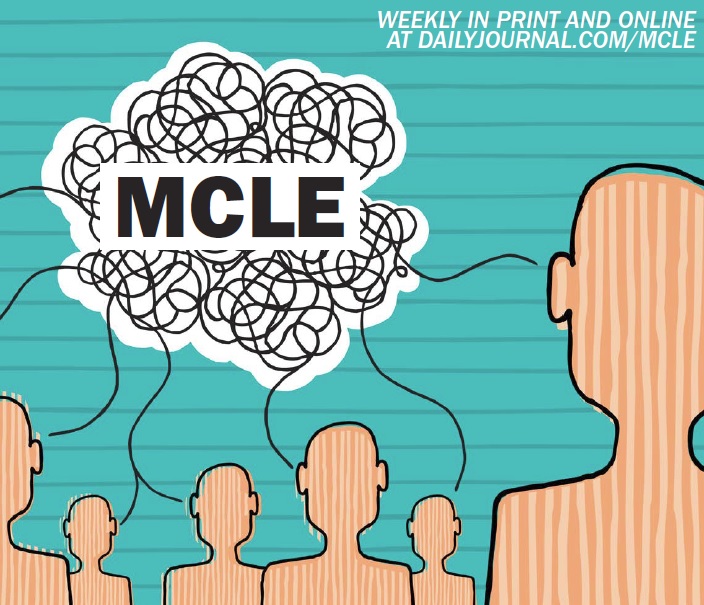 Jurors in California and across the nation are routinely called upon to exercise their common sense in deliberations. A pattern closing instruction in California exhorts jurors to "use your common sense and experience in deciding whether testimony is true and accurate." CACI 5009; see also CALCRIM 105, 226. Numerous pattern instructions on damages for pain and suffering advise the jury that, "[n]o fixed standard exists for deciding the amount of these noneconomic damages. You must use your judgment to decide a reasonable amount based on the evidence and your common sense." CACI 3905A; see also CACI 3920 (loss of consortium), CACI 3921, CACI 3922 (wrongful death). These instructions unfortunately suggest that when an issue is difficult to analyze or articulate, the judicial system throws up its hands and invokes the common sense of the jury. Is it difficult to tell whether a witness is telling the truth? Call upon the jury's common sense. Is there no apparent method to measure suffering in dollars? Leave it to the jury's common sense to quantify.

Common sense is even improbably seen as a corrective to passion and prejudice that might taint a jury verdict. In People v. Shaw, 237 Cal. App. 2d 606 (1965), the prosecutor argued in closing (without any supporting evidence) that for her personally the adrenaline produced by a sexual assault would counteract the effects of intoxication such that the victim could identify the attacker. The court found no error because the prosecutor told the jury, "You can use your common sense as to whether or not this would happen." The court reasoned "the appeal to the jurors to use their common sense demonstrates a lack of intention to inflame or prejudice their minds."

Maybe so, but what is common sense? Jury instructions may refer to common sense but they don't undertake the slippery task of defining it. One commentator declares that "[a]ttempts to define common sense with precision have proven futile. The continued survival of the notion of common sense may be due to the fact that precise definition is neither needed nor available." Steven I. Friedland, "On Common Sense and the Evaluation of Witness Credibility," 40 Case W. Res L. Rev. 165, 177 (1990). In People v. Paulsell, 115 Cal. 6 (1896) -- the California Supreme Court opinion that, to this day, put references to "common sense" off-limits for jury instructions on reasonable doubt -- the court said, "the phrase 'common sense' is about as uncertain as any phrase in the language. When one speaks of common sense, he generally means his own sense; and there is no warrant for the unnecessary use of such a term when there is apt language to express the idea of reasonable doubt which has been frequently approved and pointed out as the language proper to be used."

Nonetheless, express references to common sense are deemed acceptable when it comes to California jury instructions on witness credibility, such as CALCRIM 226. See People v. Campos, 156 Cal. App. 4th 1228, 1240 (2007) ("To tell a juror to use common sense and experience is little more than telling the juror to do what the juror cannot help but do."). And federal criminal jury instructions evince no reluctance in defining reasonable doubt in terms of "common sense." See Ninth Circuit Manual of Model Criminal Jury Instructions, 3.5 Reasonable Doubt-Defined (approved June 20, 2018) ("A reasonable doubt is a doubt based upon reason and common sense and is not based purely on speculation.").

The "common" in common sense also brings into the picture the shared experience of a community. In "Common Sense as a Cultural System," 33 Antioch Rev. 5, 7 (1975), Clifford Geertz made the case that common sense is "a relatively organized body of considered thought" that varies from culture to culture.

Thus, "[c]ommon sense can mean a variety of things: beliefs inherent in people's minds or nature; if not specific inborn beliefs, a common pattern of thinking; or socially transmitted and widely shared beliefs." Nancy Levit, "Practically Unreasonable: A Critique of Practical Reason," 85 NW. L. Rev. 494, 502-03 (1991). Given this breadth of meaning, a direction to employ common sense may not offer much guidance to a jury. Friedland, supra, at 177 (application of common sense may boil down to "an instinct, a hunch or an unarticulable gut reaction").

To be sure, common sense has a number of attractive qualities. It has "an air of 'of-courseness,' a sense of 'it figures'.... the way things go." Geertz, supra, at 18. It does not require an effort to ascertain; it just is. "The world is what the wide-awake, uncomplicated man takes it to be." Id. at 22. It is available to all. "Being common, common sense is open to all, the general property of at least, as we would put it, all solid citizens." Id. at 24.

The persistence of common sense in jury instructions may be precisely because it imports everyday life into the judicial process. Employing common sense is consistent with a system where ordinary citizens have the final say. Common sense can also act as a counterbalance to legal proceedings that may elevate technical issues. And, at least theoretically, "[b]ecause jurors represent a cross-section of the community, their common sense is representative of the morals, values and experience of the community. Thus, the use of common sense ensures democratic verdicts and enhances the perceived and actual fairness of the judicial system." Friedland, supra, at 176.

Unfortunately, common sense, particularly in criminal cases, is often plainly wrong. Studies of wrongful convictions have shown that "common sense is frequently demonstrably wrong" with respect to "eyewitness identification evidence, confession evidence, jailhouse informant evidence, and forensic science evidence." Keith A. Findley, "Innocence Protection in the Appellate Process," 93 Marq. L. Rev. 591, 624 (2009). Society's common understanding may be nothing but common misunderstanding. Examples are numerous. Eyewitness confidence or certainty is not a good indicator of reliability. Id. at 625. "People do confess falsely and to the most heinous crimes." Id. at 628. Jailhouse informants "are inherently unreliable witnesses" but their testimony is persuasive to juries "because it sounds like confession evidence." Id. at 629. Forensic science evidence has been exposed for its lack of scientific foundation, but it still "tends to be very compelling, impressing jurors with an aura of scientific authority and infallibility." Id. at 630.

Civil cases are not immune from the unreliable effects of inviting jurors to default to common sense, for example, in calculating noneconomic damages. Common sense in the personal injury context may differ little from an emotional appeal. David Goguen, "How the Jury 'Calculates' Your Personal Injury Award," AllLaw.com ("Jurors will apply common sense to their verdict and will be swayed by emotional appeal."). Emotional appeals can lead to extraordinary verdicts for noneconomic damages where the jury has no guidance but common sense. James Barragan, "Jury Awards $150 million to girl whose family died in crash," L.A. Times, Oct. 29, 2013 ($150 million in noneconomic damages awarded to a 13-year-old girl who escaped but saw family members die in a fire when their car left the highway after encountering debris and struck defendant's truck improperly stopped in a place on the shoulder reserved for emergencies).

In addition, invoking common sense, and thereby avoiding deeper reflection, can be a mechanism for promoting and justifying prejudgment. This is comically illustrated in the colloquy at trial between John Mortimer's fictional barrister, Horace Rumpole, and Judge Sir Oliver ("Ollie") Oliphant from the North of England, who "was firmly of the opinion that all cases could be decided by 'good old North Country common sense', which, so far as he was concerned at least, often proved a somewhat unreliable test." John Mortimer, "Rumpole on Trial," 68 (1992). In a murder case Rumpole elicited testimony from a detective sergeant that the murder weapon, a revolver Rumpole's client admitted he owned, was found in plain sight at the scene of the crime without any fingerprints on it. When Rumpole inquired, "Did that surprise you?" the judge (typically siding with the prosecution) interjected, "Let's use our common sense about this, Mr. Rumpole." The judge's common-sense observation was that "[n]o doubt whoever did it removed the fingerprints so as to avoid detection. Does that make sense members of the Jury? I know it does to me." Noting that the judge's theory was that the defendant left behind a gun easily traceable to him but took the trouble to wipe off his fingerprints, Rumpole attempted to question the witness whether his client "must have been mad" to leave his gun at the scene. Judge Oliphant again interjected, "you know we have a saying up in the North where I come from: 'There's nowt so queer as folks'?" (Roughly translated as "people behave very strangely"). Rumpole responded politely, "Do you really, my Lord? Down here, in the Deep South, I suppose we are more inclined to look for some sort of logical explanation. That's what I shall invite the Jury to do."

Mocking common sense and pointing out the many ways it falls short of factual accuracy does not diminish its power. It is human nature to want to believe there is a plain and practical solution to perplexing questions. John Mortimer himself did not necessarily denigrate common sense, famously commenting that "[n]o brilliance is need in the law. Nothing but common sense and relatively clean fingernails." In one of the many obscenity cases Mortimer defended as a barrister, he closed by flattering the jury that "[y]ou, ladies and gentlemen, with your common sense and your experience of the world, are there to restore to us our sense of fairness, our sense of proportion and, above all, our sense of humor." Graham Lord, "John Mortimer: The Secret Lives of Rumpole's Creator" (2005). On the other hand, Mortimer won his appeal in the obscenity trial of Hubert Selby's "Last Exit to Brooklyn" (1964), because the appellate court held that the trial judge had not sufficiently instructed the jury on the question of what was obscene yet of public benefit under the applicable statute, leaving this determination to the jury's "commonsense." John Sutherland, "Offensive Literature: Decensorship in Britain," 1960-82, 71 (1982). The court held that so doing "was to 'throw them in at the deep end and leave them to sink or swim in its dark waters."

Fundamentally, a trial is a matter of proof determined by weighing the evidence. The notion that "what everybody knows" should be the jurors' guide seems counter to what their task is at trial. Perhaps it is time to forgo explicit calls in instructions for jurors to apply common sense and instead entrust evaluation of evidence in deliberations to logic and reason alone.

By Karen A. Feld