Liability of banks receiving money in a wire fraud scheme 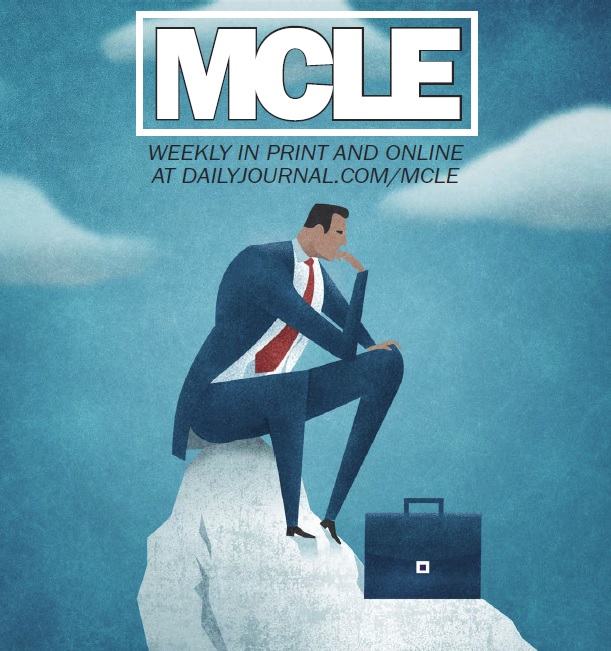 It is axiomatic that where California real estate values have skyrocketed, real estate scammers are on the prowl. Parties and agents to real estate transactions are constantly the subject of wire fraud schemes to redirect money intended to purchase a home to a scam artist's bank account, who then quickly sends the money elsewhere, typically abroad. A common scheme involves someone posing as an escrow officer and sending false wire instructions to the real estate purchaser to steal a down payment. The purchaser may not first learn about the loss until she/he appears at the escrow office to sign off and close the transaction.

Of course, the fraudster who sent the false wiring instructions likely wouldn't put his actual name and account number on the false wiring instructions. That would be too obvious since the purchaser knows that the down payment is going into an escrow account. So, the false wiring instructions likely will have the fraudster's name (or at least the name on the account who is receiving it) and the words "escrow," "title company," or similar words meant to give the impression that the funds are being deposited into an actual escrow account. The bank who receives the wire transfer has an account with the same number but a different name. Since the bank that received the wire transfer has the fraudster's actual account, it likely has the person's actual name without the words "escrow" or "title company."

The legal issue in these wire fraud schemes centers around liability when a bank receives a wire transfer that identifies a beneficiary by name and account number but it refers to a different receiving party. Despite the inconsistency, the bank processes the wire transfer and permits the beneficiary to wire the money out again. Under what circumstances can your client, who now lost their down payment, as well as the house, get the money back?

Does the bank need to have actual or constructive knowledge to be liable? Section 11207(b)(1) states that the bank can rely upon the account number unless it "knows" that the name and number refer to different people. There are conflicting definitions as to whether a corporation "knows" of the problem. Commercial Code Section 1202(b) defines "[k]nowledge" as "actual knowledge." However, Section 1202(f) (emphasis added) codifies constructive knowledge as the standard: "Notice, knowledge, or a notice or notification received by an organization is effective for a particular transaction from the time it is brought to the attention of the individual conducting that transaction and, in any event, from the time it would have been brought to the individual's attention if the organization had exercised due diligence. An organization exercises due diligence if it maintains reasonable routines for communicating significant information to the person conducting the transaction and there is reasonable compliance with the routines." Applying Section 1202(f)'s constructive knowledge standard, the receiving bank should be liable for failing to discover that the name on the account and the account number did not match if it did not exercise due diligence.

Yet, in TME Enterprises, Inc. v. Norwest Corp., 124 Cal. App. 4th 1021 (2004), the Court of Appeal rejected this argument. In that case, plaintiffs, who deposited funds into an account in a wire fraud scheme, sued the receiving bank for accepting the transfer even though the account name and number did not match. In affirming the judgment for the defendant bank, the Court of Appeal held that the bank must have actual knowledge of the inconsistency to be liable. The court noted that the circumstances under which the bank would have actual knowledge are rare since the bank would not deposit the funds if it knew that the funds were being deposited into a thief's account. See id. at 1032.

The TME court also held that any time the wire transfer system includes a review, then the bank's operator inevitably will have actual knowledge that the name and number do not match. See id. at 1033-34. The court determined that this was not sufficient because it could mean an inadvertent error in identifying the account holder by the name used on the account (i.e., a shortened name) rather than knowledge that the name and number referred to two completely different people. To resolve this issue, the Court of Appeal reasoned that the bank would only be liable for accepting the wire transfer if "there is a complete disconnect between the names ... A 'complete disconnect' is when the designated name and account name bear no resemblance to each other and have nothing in common with each other." Id. at 1034.

TME set forth a heightened standard for actual knowledge. The complication with TME's reasoning is that a "complete disconnect," as defined, will only occur when there is a genuine mistake in identifying the name and number (the transfer is meant to go to someone named "Lester" but accidentally gets sent to someone named "Sam I Am" because the two account numbers differ by one number). Conversely, a person who is trying to commit wire fraud is going to make a fake account name (i.e., "ABC Trust Account") sound strikingly similar to his actual account where the funds are transferred (i.e., "ABC") to avoid getting caught. But, this also means that the bank will not be liable because there is not a "complete disconnect." TME's reasoning is not discouraging wire fraud. Rather, it is punishing the unsophisticated thief while rewarding the clever one.

Relying upon Section 1201(f), the plaintiffs argued that the bank was required to exercise due diligence in its wire transfer to claim that it did not have actual knowledge of the discrepancy. See id. at 1036. The TME court rejected this argument, holding that Section 1201(f) did not overrule Section 11207(b)(1)'s statement that "[t]he beneficiary's bank need not determine whether the name and number refer to the same person." See id. at 1036-37. The court reasoned that this interpretation was in accordance with the statute's policy of encouraging automated transactions. See id. at 1037.

TME's interpretation raises a number of issues. First, the UCC's rules on funds transfers do not define "knowledge" under Section 11207. The UCC's comments interpreting Section 11207 refer to both 1202(b) and 1202(f): "'Know' is defined in Section 1-201(25) to mean actual knowledge, and Section 1-201(27) states rules for determining when an organization has knowledge of information received by the organization." Thus, the comments do not resolve the conflict. Second, the TME court's interpretation allows the banks to ignore the knowledge received by records in their possession. Third, the TME court's holding is premised on the questionable notion that the banks would be overburdened by a different ruling.

How does a bank have actual knowledge of the discrepancy? Assuming arguendo that "actual knowledge" is the standard, the issue then becomes how to prove that a bank has actual knowledge of the discrepancy. The concept of a corporation "knowing" something is a fiction since any knowledge must be imputed by other people or documents: "[A corporation's] knowledge, belief, or intent must ultimately be the knowledge, belief, or intent of the people -- the officers, managers, and employees -- who link the corporate abstraction to the real world." FMC Corp. v. Plaisted & Companies, 61 Cal. App. 4th 1132, 1213 (1998). The knowledge of the agent acting within the scope of his authority is imputed to the principal. Columbia Pictures Corp. v. DeToth, 87 Cal. App. 2d 620, 630 (1948).

The same holds true for a corporation's documents. The corporation, as the principal, is charged with the knowledge of information contained in its records. If a document shows knowledge of something, then the corporation knows it. Hill v. State Farm Mutual Automobile Ins. Co., 166 Cal. App. 4th 1438, 1490 (2008) ("Generally, knowledge of corporate records and documents is imputed to all directors.").

The TME court noted that the banks are moving towards complete automated wire transfers. Given this, if the banks are not charged with actual knowledge of the discrepancies in these documents, then no one will meet Section 11207's standard because it will be impossible to show actual knowledge since no human will touch the transaction. This is certainly an incentive for the banks to prevent any human from handling a wire transaction. But, despite TME's reasoning, would it really impose an undue burden on the banks to hold them liable even absent a person's manual review? Maybe not for the reasons stated below.

Is it willful blindness? I live in Silicon Valley, the modern-day equivalent of "The Jetsons." Cars drive on their own. Drones pass by my window. And, there's a robot on a floor in my office (which looks like a mix between R2-D2 and a vacuum cleaner) that is programmed to go downstairs, get coffee orders, and go back upstairs. Can't an engineer develop a program that requires the sending bank to put into a computer system the name and account number of the individual receiving the transfer, and, if it does not match the receiving bank's records, it does not go through? I cannot log in to get any of my financial data (including from my bank) or even my email account without matching my username and password. From a non-engineer's perspective, it seems entirely feasible given our other achievements.

The same theory holds true in other areas of the law. To satisfy the knowledge requirement for indirect patent infringement, the plaintiff must prove that the defendant had actual knowledge of the infringement or the defendant's "willful blindness" toward the infringement, which occurs when the defendant "takes deliberate actions to avoid confirming a high probability of wrongdoing." Global-Tech Appliances, Inc. v. SEB S.A., 563 U.S. 754, 769 (2011); see also United States v. McDonald, 576 F.2d 1350, 1368 (9th Cir. 1978) (holding that under the mail fraud statute, proof of reckless indifference or conscious avoidance of the truth may be substituted for actual knowledge); United States v. Farris, 614 F.2d 634, 638 (9th Cir. 1979) (finding that reckless disregard for the truth or falsity of a statement is sufficient to sustain a finding of securities fraud or a conviction for mail fraud).

TME's interpretation of the statute as not requiring manual review may be correct. The UCC's notes similarly allow for the interpretation that Section 11207(b)(1) was concerned with requiring manual reviews. Yet, the failure to conduct an electronic review to confirm the name and account number may constitute consciously avoiding confirmation and, thus, actual knowledge would exist. If an application is developed, then there is no extra burden on the bank because it still does not require a manual review (satisfying the concerns of the statute and TME). Thus, it may be fully in accordance with Section 11207 to hold the banks liable for accepting wire transfers with discrepancies between the name and account number. The issue is whether this requires a judicial or legislative solution.