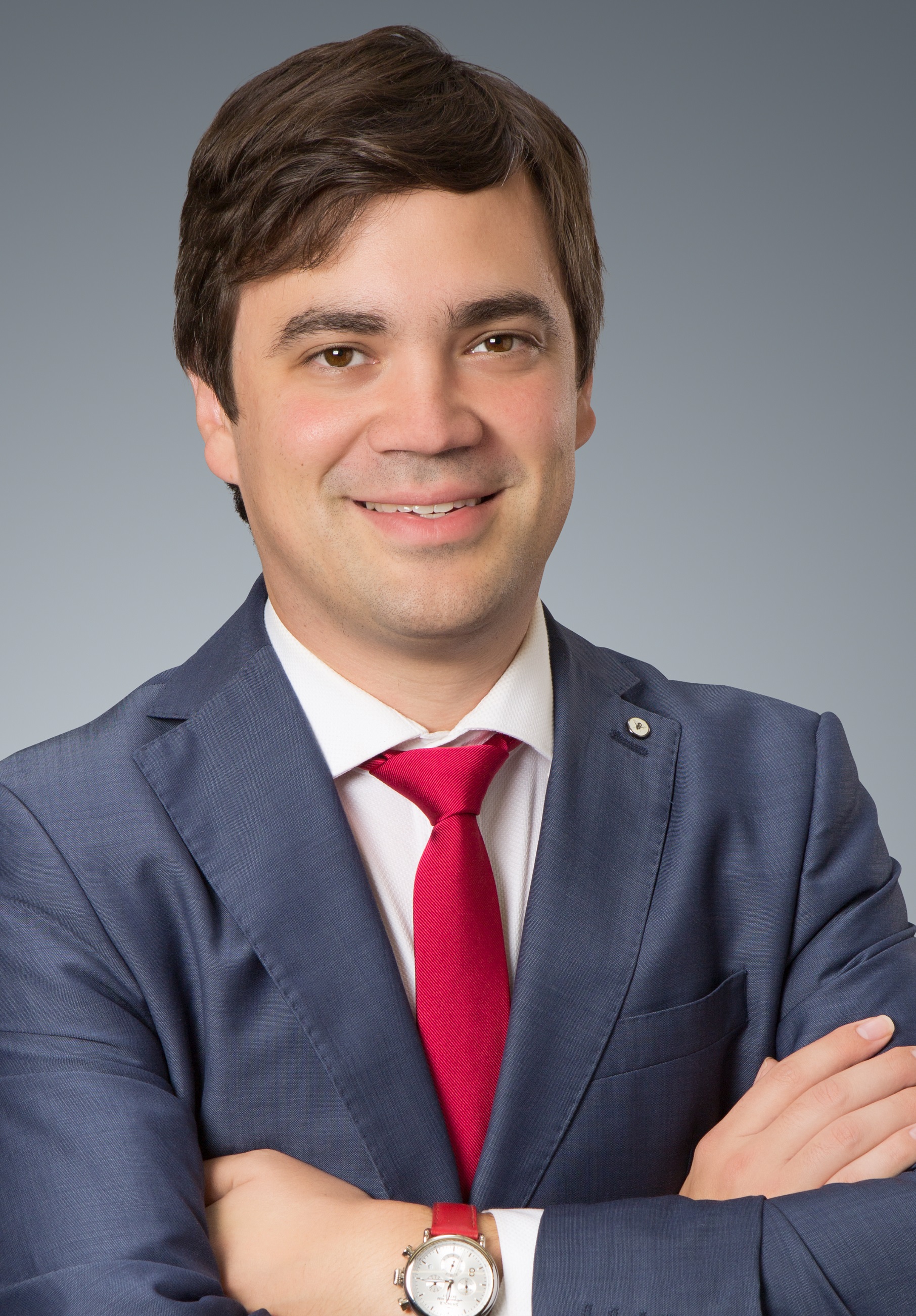 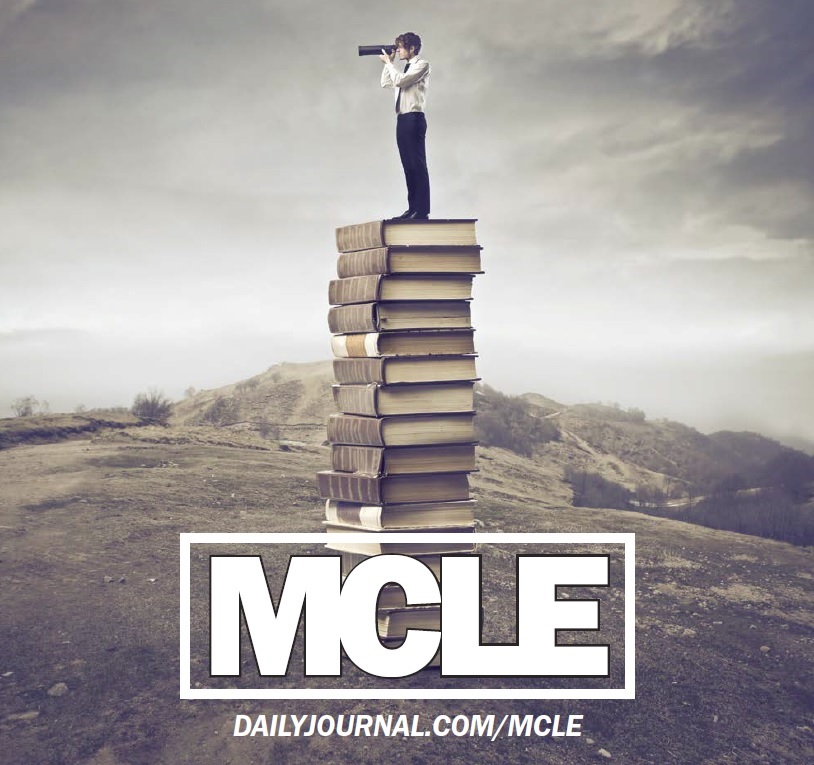 Yale law school Professor Raoul Berger once noted that "confusion twice-confounded reigns in the area of federal jurisdiction described as 'standing to sue.'" "Standing to Sue in Public Actions: Is it Constitutional Requirement?" 78 Yale L. J. 5 (1969). Though Professor Berger was concerned with standing at the federal level, confusion reigns in California as well. California judges disagree about the exact nature of California's standing doctrine, in particular the extent to which it mirrors its federal counterpart. A recent decision from the 4th District Court of Appeal illustrates this point.

In People v. Superior Court (Ahn), 2018 DJDAR 11217 (Cal. App. Nov. 27, 2018), a group of physicians brought suit against various state officials seeking to enjoin the enforcement of California's End of Life Option Act, Health and Safety Code, Sections 443-443.22, which decriminalizes the prescription of "aid-in-dying" drugs provided that the prescribing physician complies with certain procedural safeguards to ensure the patient's decision is truly voluntary. The plaintiffs' stated interest was to protect their terminally ill patients from "being assisted and abetted in committing suicide, from receiving substandard medical care, and from having depression and medical conditions leading to suicide left untreated." 2018 DJDAR at 11220. They alleged that act was unconstitutional on various grounds, including that the California Legislature acted beyond its authority by passing the act during a special session. The superior court granted judgment on the pleadings in favor of the plaintiffs on this claim.

In a split decision, the 4th District Court of Appeal reversed. The majority concluded that the plaintiffs could not demonstrate they had standing to challenge the act because they had failed to plead that they had any "beneficial interest" in the outcome of the dispute. Id. at 11220, 11224. The act did not require any physician to prescribe or administer any aid-in-dying drugs. It only gave them the option to do so without being subject to criminal or civil sanction. So the physicians' ethical objections to participating in what they termed "assisted suicide" were not at issue. The majority also concluded that the physicians could not establish third-party standing because they lacked the required "commonality of interest" with the only patients who are affected by the legislation, i.e., those who want access to aid-in-dying medications. Id. at 11222. According to majority, the plaintiff's failure to plead standing constituted a "jurisdictional defect," preventing the court from reaching the merits of the dispute. Id. at 11220.

In a dissent, Justice Marsha G. Slough disagreed, not with the ultimate outcome -- Justice Slough would have also vacated and reversed judgment for plaintiffs -- but with the majority's conclusion that the absence of standing precluded it from reaching the merits. On the dissent's view, standing is not a jurisdictional bar, and California courts are free to decide the merits of cases that present "important constitutional issues" of "interest to the public" even where the plaintiffs lack a direct beneficial interest in the outcome of the case. Id. at 11235-36 (Slough, J., concurring and dissenting). Thus, Justice Slough would have reached the merits and held that the End of Life Option Act is constitutional.

In sum, under the majority's approach, California standing doctrine functions much like Article III standing in federal court: It is a hard-and-fast jurisdictional limit on the court's power. On the dissent's view, it is more like a prudential doctrine that the court has discretion to disregard in certain exceptional circumstances such as cases involving pressing matters of sufficient constitutional importance.

The dissent's view is more consistent with California precedent. Recently, the California Supreme has made clear that standing is not a jurisdictional perquisite: "Unlike the federal Constitution, our state Constitution has no case or controversy requirement imposing an independent jurisdictional limitation on our standing doctrine." Weatherford v. City of San Rafael, 2 Cal. 5th 1241, 1247-48 (2017).

There are at least two related reasons for this. First, unlike Article III of the federal Constitution, the California Constitution contains no "case-or-controversy" clause, which is the textual basis for federal standing doctrine. See Grosset v. Wenaas, 42 Cal. 4th 1100, 1117 n.13 (2008). Second, the purpose of standing at the federal level is "'to prevent the judicial process from being used to usurp the powers of the political branches' ... and confine[] the federal courts to a properly judicial role." Spokeo, Inc. v. Robins, 136 S. Ct. 1540, 1547 (2016). In other words, federal courts do not pass upon legal questions when their decisions would have no concrete effect on the individual rights, interests, or obligations of the particular litigants before it because addressing "generalized grievances" of citizens is the proper function of the elected branches of government. See United States v. Richardson, 418 U.S. 166, 174 (1974). California courts, however, have rejected such rigid formalism: "[I]t is well understood that the branches share common boundaries and no sharp line between their operations exist." People v. Bunn, 37 P.3d 380, 388 (Cal. 2002). Accordingly, California courts have recognized that a plaintiff need not have a "personal stake in the outcome of the controversy" to bring suit. Grosset, 42 Cal. 4th at 1117.

For example, a plaintiff who lacks a "beneficial interest" may still seek a writ of mandate under California Code of Civil Procedure Section 1086 to "procure the enforcement of a public duty." Weatherford, 2 Cal. 5th at 1248. This "exception" to the "beneficial interest" requirement is known us "public interest standing." Id. The majority in Ahn acknowledged this well-established exception but held that it was confined to situations where a public official has failed to perform a "ministerial duty" as required by law. 2018 DJDAR at 11223. If "public interest standing" is an "exception" to the "beneficial interest" requirement, however, it is hard to see how that requirement could be in any sense "jurisdictional." Because jurisdictional boundaries mark the outer-limits of a court's authority, they cannot be subject to judge-made exceptions. Bowles v. Russell, 551 U.S. 205, 214 (2007).

If standing is not jurisdictional, though, then what is it and how does it restrain courts if at all? Both the majority and dissent in Ahn are right to conclude that the standing requirement imposes limits on what cases courts should entertain. In Weatherford, the California Supreme Court noted that, while not jurisdictional, "[o]ur standing jurisprudence nonetheless reflects a sensitivity to broader prudential and separation of powers considerations elucidating how and when parties should be entitled to seek relief under particular statutes." Weatherford, 2 Cal. 5th at 1248. Thus, except in certain circumstances, courts should still require plaintiffs to show that they have a direct interest in a dispute so as not to interfere with the "deference" owed to other branches of government. See id. But a "sensitivity to broader prudential and separation of powers considerations" provides little guidance for how to apply the standing doctrine in particular cases.

The dissent in Ahn advocates for a rule that would allow courts to set aside the beneficial interest in "rare and extraordinary cases" that involve significant issues of constitutional concern. 2018 DJDAR 11236 (Slough, J., concurring and dissenting). But it's not clear how "rare and extraordinary" such cases have to be. For example, in Collier v. Lindley, 203 Cal. 641 (1928), the primary case on which the dissent relies, the California Supreme Court addressed the question of whether a trust designed to promote various social causes was within the scope of permissible charitable purposes under the California constitution. Though this question is perhaps important, Collier did not present any sort of exigent circumstance or particularly pressing constitutional issues. Thus, if the dissent's interpretation of Collier is correct, it suggests that courts may adjudicate any case that raises constitutional questions even where the plaintiff has not satisfied traditional standing requirements. Indeed, it is not clear that constitutional controversies present the proper boundary either. Prior to 2004, for example, a plaintiff "did not have to show any actual injury" to bring suit to enforce California's Unfair Competition Law. Amalgamated Transit Union, Local 1756, AFL-CIO v. Superior Court, 46 Cal. 4th 993, 1000 (2009). Proposition 64 changed this by adding an "injury in fact" requirement for UCL claims, see id., but this leaves open the question of whether courts can or should construe other statutes to permit citizens to bring suit on behalf of the general public to enforce California law.

Questions like these will likely receive increasing attention from courts and litigants in California in the future, particularly if the U.S. Supreme Court continues its recent trend of making federal standing requirements more stringent. At least until recently, standing issues at the federal level typically arose in suits brought against government officials to enforce constitutional or statutory rights. In Spokeo, however, the U.S. Supreme Court held that courts lack jurisdiction over cases between private parties unless the plaintiff can show he or she has suffered an injury that is sufficiently "concrete and particularized." 136 S. Ct. at 1548. In other words, it is not enough for a plaintiff to allege that another private party has infringed on his or her statutory rights; the plaintiff must allege that some "real" injury resulted from this violation. See id. Litigants who cannot satisfy this requirement thus may be forced to turn to state courts to enforce not only constitutional rights and duties, but a range of other statutes as well, from unfair competition and consumer protection laws to privacy regulations (at least where state court action wouldn't run afoul of the supremacy clause of the U.S. Constitution).

If California courts continue to import federal standing principles, as the Ahn majority seems to do, this may cutoff recourse in state court as well. This seems contrary to the text of the California Constitution and California separation of power principles as discussed above. If, on the other hand, the boundaries of the standing doctrine remain unclear and ill-defined, then what is supposed to be a principle of judicial restraint risks becoming a tool of judicial aggrandizement. The standing doctrine would essentially give courts the power to reach the merits when they deem an issue sufficiently "important" and avoid the merits when they don't.

It is possible that the California Supreme Court will soon revisit the standing doctrine and provide some greater clarity, perhaps even in the Ahn case if the plaintiffs seek certiorari. Until then, courts and litigants will have to continue to navigate this confusion.

By Karen A. Feld