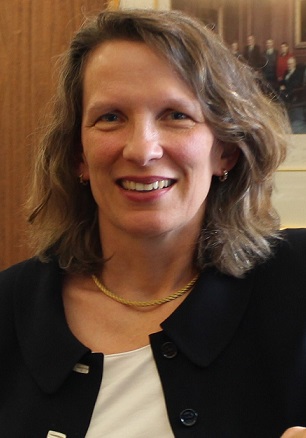 If the police want to search your cellphone, they generally need a warrant. The U.S. Supreme Court said so in Riley v. California, 134 S. Ct. 2473 (2014), and then the California Legislature said so in the California Electronic Communications Privacy Act (Cal-ECPA). Now Cal-ECPA has an exception allowing warrantless searches of electronic devices for probationers or parolees, provided their probation or parole conditions expressly authorize such searches. Pen. Code Section 1546.1(c). Under what circumstances, then, do the Constitution and case law allow such searches?

That issue is pending before the California Supreme Court, in a case that is fully briefed but not set for argument, In re Ricardo P., 365 P. 3d 343 (2016). But attorneys and judges must in the interim hammer out probation terms and address motions to suppress evidence gathered during probation searches, so this article reviews legal principles and recent case law for guidance.

In California, all probation terms must comply with the venerable Lent test. A valid probation term must reasonably relate to the crime of conviction, or to future criminality, unless it forbids conduct that is itself criminal. People v. Lent, 15 Cal. 3d 481 (1975).

The "future criminality" prong justifies probation conditions that ensure the probation department can supervise its charges effectively. People v. Olguin, 45 Cal. 4th 375 (2008). Thus, defendant Olguin could be ordered to notify his probation officer before adopting a pet because probation officers may drop by for unannounced home visits or searches, and can more safely do this with advance notice of resident animals.

Special caution is required where probation terms butt up against constitutional protections for privacy, association or expression. "A probation condition that imposes limitations on a person's constitutional rights must closely tailor those limitations to the purpose of the condition to avoid being invalidated as unconstitutionally overbroad." In re Sheena K., 40 Cal. 4th 875 (2007).

Applying these principles to probation searches of electronic devices, the 6th District Court of Appeal approved a condition requiring the probationer to submit his electronic devices and social media accounts to warrantless search in People v. Ebertowski, 228 Cal. App. 4th 1170 (2014). Ebertowski had been a member of a criminal street gang who promoted his gang on social media, so his probation conditions required him not to associate with other gang members or display gang insignia. For the probation officer to monitor compliance with these terms, the court required Ebertowski to submit his electronic devices to warrantless search, and to provide passwords for the devices and social media accounts to facilitate any search.

In accord with Ebertowski is a new 6th District case, In re Q.R., 7 Cal. App. 5th 1231 (2017). Q.R. was placed on probation for recording sexual activity on his cellphone and then blackmailing his under-age sexual partner with threats to disseminate the recording. Because the minor used an electronic device in committing these crimes, the court upheld a search condition requiring him to "submit all electronic devices under his control to a search of any text messages, voicemail messages, call logs, photographs, email accounts and social media accounts," and to provide passwords necessary to access this information.

Q.R. argued unsuccessfully that his search clause was overbroad because "electronic device" is not specific. Cal-ECPA defines the term expansively, as any "device that stores, generates, or transmits information in electronic form" (other than the magnetic strip on a driver's license, which is expressly excluded). An "electronic device" arguably includes an ATM card or credit card whose magnetic stripe or chip stores information in electronic form, but an ATM card would not be searchable under Q.R.'s probation terms because it does not store text messages, photographs, or emails, nor allow access to social media accounts.

Finally, the Q.R. court rejected an overbreadth argument based on privacy concerns. It distinguished Riley as involving expectations of privacy at the time of arrest. After an adjudication of guilt and when setting probation terms, by contrast, courts have long allowed intrusions on a defendant's privacy that include warrantless searches of the home, another place large amounts of personal information can be found. See also In re J.E., 1 Cal. App. 5th 795 (2016).

Appellate courts have rejected probation searches of electronic devices in cases where the search condition was not narrowly tailored to the need for probation supervision. For example, In re Malik J., 240 Cal. App. 4th 896 (2015), struck down an electronic search condition imposed on a boy who committed robberies and stole an iPhone. The court held that electronic devices in Malik's custody could be searched to determine ownership, but that law enforcement could not submit the devices to certain broader searches.

People v. Appleton, 245 Cal. App. 4th 717 (2016), struck down a clause rendering all of a probationer's electronic devices subject to "search for material prohibited by law." This condition would have allowed the government to look at all the information on defendant's electronic devices in order to see whether any of it was prohibited. In disapproving this search clause the court offered an alternative: "the trial court could impose the narrower condition approved in Ebertowski." See also In re P.O., 246 Cal. App. 4th 288 (2016).

Similarly, the 1st District in In re Ricardo P., 241 Cal. App. 4th 676 (2015) (petition for review granted), held that a probation term allowing electronic device searches was insufficiently tailored to pass constitutional muster, but that the juvenile court could impose a search clause comparable to the one upheld in Q.R.

Before too long, we will know whether the California Supreme Court agrees.

Self-incrimination and restraining orders in California

Restraining orders and the Fifth Amendment to the Constitution