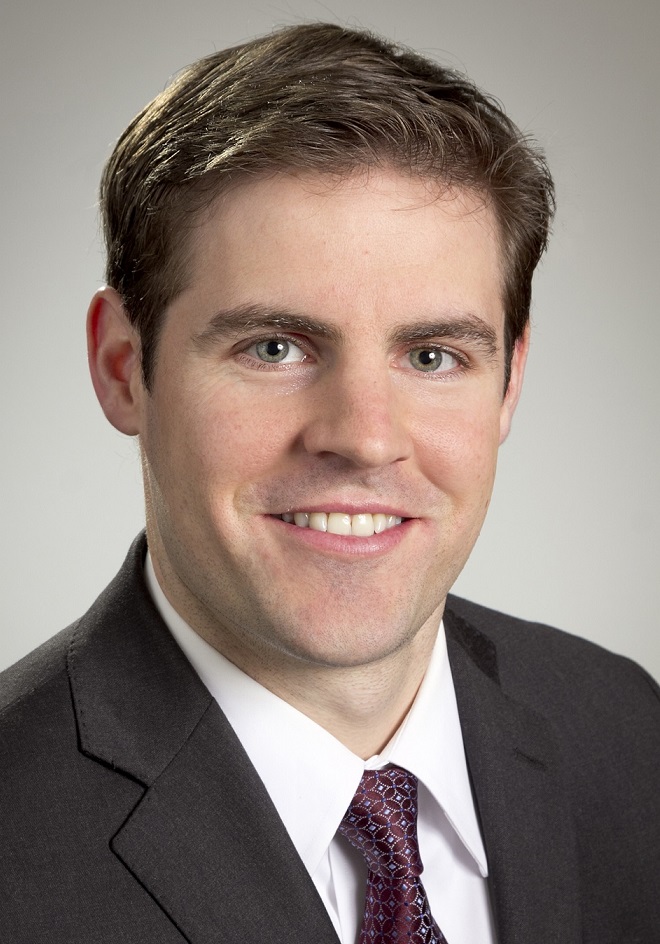 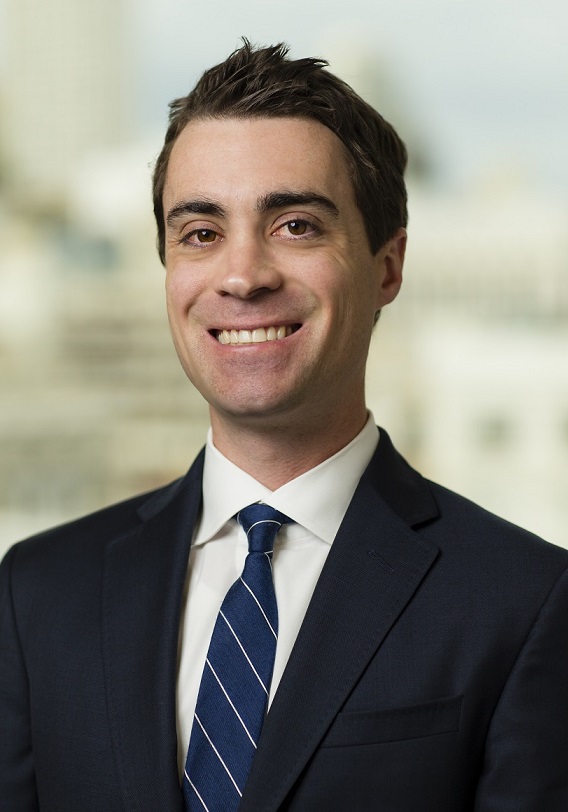 Patrick focuses on business and corporate, employment, and real estate law, with a particular emphasis in the restaurant and hospitality industry. 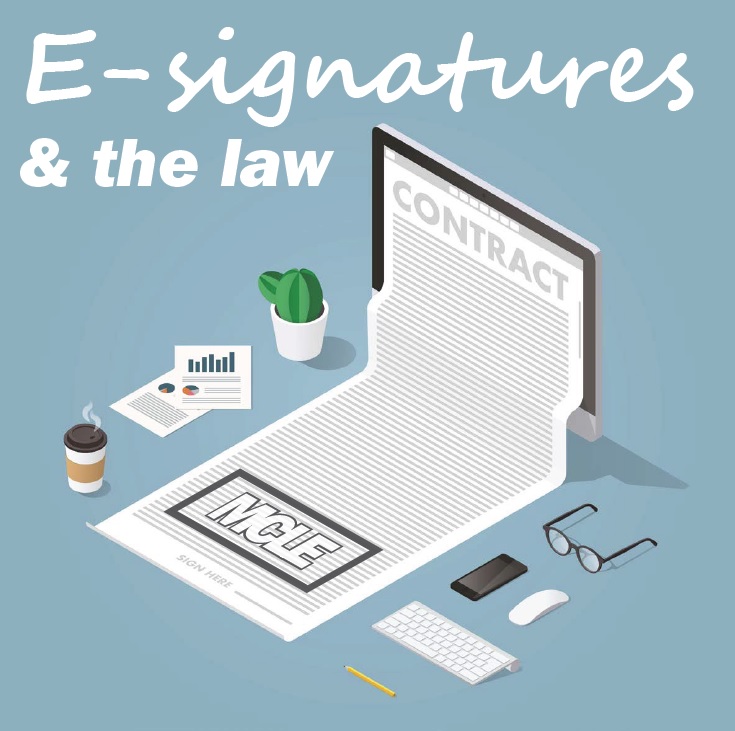 We are living in the Information Age, where technologies continuously and rapidly evolve and the law struggles -- and often fails -- to keep up. An example of this tension between digital transformation and legal doctrine is the means by which people execute written agreements. While "wet signatures" may still be used on occasion, people frequently enter into agreements using electronic signatures by necessity or convenience. But what is an "electronic signature," and is it enforceable in a court of law?

THE E-SIGN ACT AND CUETA

Three recent cases help illustrate how courts apply CUETA. The first case addresses CUETA's first and second requirements -- whether the person executed or adopted the electronic signature with the intent to sign and whether the parties agreed to conduct a transaction by electronic means. In J.B.B. Inv. Partners, Ltd. v. Fair, the California Court of Appeal reversed the trial court and held that a typed name at the end of an email was not an enforceable electronic signature to execute a settlement agreement. 232 Cal. App. 4th 974 (2014). In J.B.B., investors alleged the investment company founder made fraudulent representations and omissions relating to the business. During settlement negotiations, the parties exchanged email correspondence where the founder purportedly agreed to the investors' proposed settlement terms. The founder subsequently denied that an agreement was reached, and the investors sought to enforce the settlement.

The trial court concluded that a settlement agreement was reached based on evidence that the parties agreed to negotiate the terms of the settlement by email and that the founder had in fact typed his name at the bottom of the email. The appellate court, however, found the trial court's analysis incomplete because it failed to analyze whether (1) the parties agreed to conduct the transaction by electronic means and (2) the signer intended to sign the electronic record.

Upon review of the record, the appellate court determined that these two elements were not satisfied primarily due to the fact that the first settlement offer "did not contain any statement indicating that the parties agreed to enter into a final settlement by electronic means. The plain language of the July 4 offer made it clear that no signature was being requested as the offer included no signature line or signature block, contained no signature by any of the plaintiffs, and advised that future paperwork was forthcoming."

In contrast, a later proposed agreement (which the founder refused to sign and led to the settlement enforcement proceedings) contained elements that the appellate court suggested would satisfy CUETA's first two requirements:

"[T]he July 11 writing included a signature line at the end of the settlement agreement. Additionally, it specified that an electronic signature could be used. The July 11 writing provided: 'This Settlement Agreement may be signed and delivered by facsimile and in counter-parts. It may also be electronically signed by each of the Parties through the use of EchoSign, DocuSign, or such other commercially available electronic signature software which results in confirmed signatures delivered electronically to each of the Parties, which shall be treated as an original as though in-signed by officers or other duly authorized representatives of each Party.' No similar language was in the July 4 offer and, as already stressed, the July 4 offer did not indicate that a printed name at the bottom of an e-mail would be an electronic signature."

Accordingly, without these necessary elements, the founder's name at the bottom of the email was not an "electronic signature" within the meaning of CUETA.

Two subsequent cases help flesh out the third requirement that the electronic signature must be authenticated or deemed "attributable to a person" as required by Section 1633.9(a). In Ruiz v. Moss Bros. Auto Group, Inc., the California Court of Appeal upheld the trial court's finding that the employer seeking enforcement of an arbitration agreement against its employee had failed to authenticate the employee's signature. 232 Cal. App. 4th 836 (2014). In support of its initial motion, the employer provided declaration testimony that only "summarily asserted" that the employee was the person who signed the agreement. The court noted that the employer did not explain "how [the former employee's] printed electronic signature, or the date and time printed next to the signature, came to be placed on the 2011 agreement" or how it "ascertained that the electronic signature on the ... agreement was 'the act of' [the former employee]." (Citing Cal. Civ. Code Section 1633.9.)

The California Court of Appeal reached the opposite conclusion in Espejo v. Southern California Permanente Medical Group, a case involving an employment dispute and demand for arbitration by the employer similar to Ruiz. 246 Cal. App. 4th 1047 (2016). The court found that unlike Ruiz, the employer in Espejo provided sufficient evidence to authenticate the document and establish that the electronic signature was "the act of" the employee. Specifically, the employer's IT/systems consultant provided a detailed declaration outlining the employer's security precautions regarding transmission and use of an applicant's unique username and password, as well as the steps an applicant would have to take to place his name on the signature line of the employment agreement.

The systems consultant concluded that based on this procedure, the employer's name "'could have only been placed on the signature pages of the employment agreement ... by someone using [the employee's] unique user name and password. ... [¶] Given this process for signing documents and protecting the privacy of the information with unique and private user names and passwords, the electronic signature was made by [the employee]' on the employment agreement ... at the date, time, and IP address listed on the documents." This evidence, the California Court of Appeal concluded, was sufficient to authenticate the document and establish that the electronic signature was attributable to the employee.

Regardless of whether the electronic signature is valid and enforceable, parties may avoid unnecessary disputes concerning the enforceability of an electronic signature as a matter of conservative practice by requiring each party to exchange a wet signature (in addition to its e-signature) within a certain period (e.g., 30 days) following the mutual execution of the contract. Sample language practitioners use to achieve this objective is as follows:

Counterparts. This Agreement may be executed in two or more counterparts, each of which shall be deemed an original, but all of which together shall constitute one and the same instrument. Counterparts may be delivered via facsimile, electronic mail (including pdf or any electronic signature complying with the U.S. federal ESIGN Act of 2000, California's Uniform Electronic Transactions Act (Cal. Civ. Code § 1633.1, et seq.) or other applicable law) or other transmission method, and any counterpart so delivered shall be deemed to have been duly and validly delivered and be valid and effective for all purposes. With respect to signatures delivered via facsimile or electronically, each Party shall deliver their original ink signatures to the other Party within 30 days following the mutual execution of this Agreement, provided, that failure to deliver such original ink signatures shall not affect the validity of the electronic signatures that were delivered.

Sports and entertainment disruptions: what will happen

Buy-Sell Agreements: The Good, The Bad, The Ugly