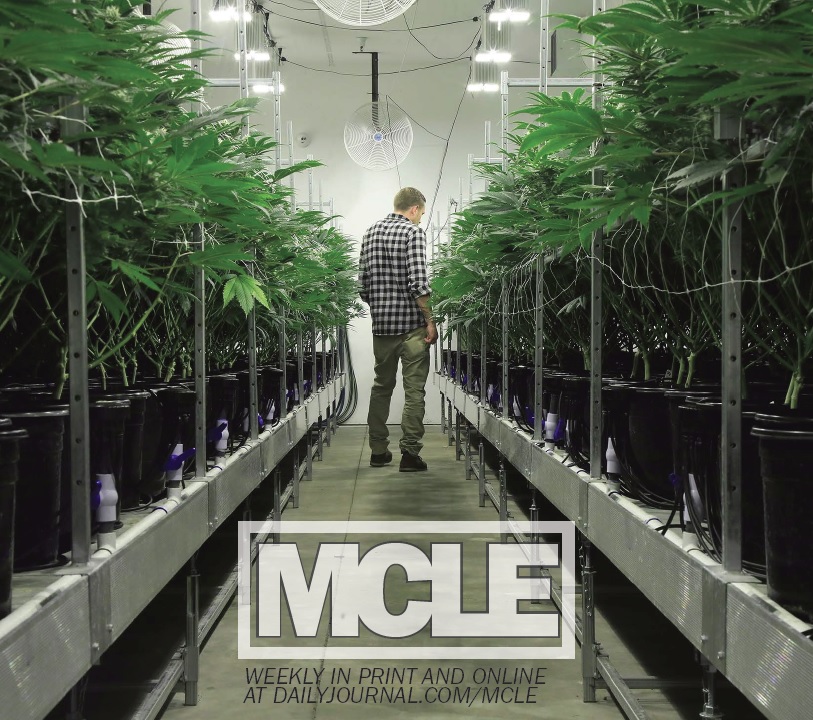 This article addresses the issues that arise in insuring the marijuana industry.

One of the first cases to address the issue of insurance coverage involving marijuana is Tracy v. USAA Casualty Insurance Co., 11 CV00487 LEK-KSC (D. Hi. Mar. 16, 2012). In that case, the plaintiff homeowner sought insurance coverage under her homeowner's insurance policy when 12 marijuana plants that she grew allegedly for medical use were stolen. The homeowner claimed that it was covered since the policy included coverage for the loss to "trees, shrubs, and other plants." The insurer refused to make more than one payment, arguing that there was not an "insurable interest" since the marijuana plants could not lawfully be replaced. The homeowner sued for breach of contract and bad faith.

The insurer argued that there was no insurable interest under Hawaii state law. In rejecting this argument, the district court predicted that the Hawaii Supreme Court would hold that a qualifying patient who complied with the state's medical marijuana laws has a lawful interest in her marijuana supply. Yet, the court refused to enforce the insurance policy provision because the homeowner's possession and cultivation of marijuana, even for state-authorized medical use, violated federal law.

One of the next cases, which took the opposite position as Tracy, is Green Earth Wellness Center, LLC v. Atain Specialty Ins. Co., 163 F. Supp.3d 821 (D. Colo. 2016). In that case, the operator of a medical marijuana dispensary filed claims with its CGL insurer for smoke and ash damage from a wildfire and theft of some of its product. The insured filed a lawsuit against its insurer for breach of contract and bad faith when it denied the claims. The insurer argued that the policy's exclusion for contraband and public policy required that coverage be denied. In rejecting this argument, the court characterized the federal policy on marijuana as "nuanced (and perhaps even erratic)." Id. at 832. The court recognized that the federal government showed a disinclination on prosecuting marijuana cases when it was authorized under state law. Id. at 832-33. The court declined to follow Tracy "particularly in light of several additional years evidencing a continued erosion of any clear and consistent federal public policy in this area[.]" Id. at 835.

The court did not sympathize with the insurer's claim that the coverage would be unlawful since the insurer knew the insured was operating a medical marijuana business before it entered into the contract. Id. at 834 n.8. Given that both parties had a mutual intention that marijuana products would be covered, the court ordered that the breach of contract and bad faith claims as to the harvested marijuana buds and flowers be tried.

Perhaps contradictory and even backing away from its reasoning, the court refused to give the insurer any "assurance" as to whether it was legal for the insurer to pay for damages under these circumstances. The court noted that any judgment would simply state that damages are ordered to be paid for breach of contract: "Any judgment issued by this Court will be recompense to Green Earth based on Atain's failure to honor its contractual promises, not an instruction to Atain to pay for damages to marijuana plants and products." Id. at 834.

Applying the standard rules for interpreting contracts to marijuana

The standard rules for interpreting insurance contracts likely favor covering for marijuana in many instances. The rules are to: (1) apply the plain meaning of the policy; (2) interpret it according to the insured's objectively reasonable expectations; and (3) interpret it against the insured if the other rules do not apply. Any ambiguity is resolved by interpreting coverage broadly and exclusions narrowly. And, courts may not rewrite policies, including for public policy reasons. See Certain Underwriters at Lloyd's of London v. Sup. Ct., 24 Cal. 4th 945, 968. (2001)

Given these rules, a court in California may have held differently in Tracy. Marijuana (a plant) was covered. If illegality is based on an exclusion, then the plain meaning is vague due to the conflict of law. The insured's objectively reasonable expectations would favor coverage since exclusions are read narrowly.

Furthermore, if the insurer knew the insured's business was cannabis, then the policy would be illusory if coverage was denied. In California, even the plain language is unenforceable if it would result in an illusory policy. See Julian v. Hartford Underwriters Ins. Co., 35 Cal. 4th 747, 760 (2005).

It is a fundamental rule of contracts that the object of the contract must be lawful -- that is, the contract must not be in conflict with either an express statute or public policy. A contract dealing with marijuana would appear to fall directly within this rule as it violates federal law. However, to make matters even murkier, in October 2017, California passed a law clarifying that contracts regarding cannabis-related commercial activity are enforceable provided the activity is in compliance with state law. The statute, which is codified in Civil Code Section 1550.5(b), states that such contracts are lawful and not against public policy.

In Mann v. Gullickson, 15 CV03630 (N.D. Cal. Nov. 2, 2016), a federal district court in the Northern District of California addressed whether contracts to sell a business that involved consulting for state-regulated marijuana dispensaries or cultivation licenses, and a business that sold plant growing equipment, including for marijuana, were void due to federal marijuana laws. Although the businesses were legal under California law, the buyer refused to pay on notes owed and moved for summary judgment as to the seller's breach of contract action because, as argued, the contracts violated federal law. The court resolved these issues based on an ambiguous federal policy on marijuana: "But it is against the foregoing backdrop, with the seemingly 'continued erosion of any clear and consistent federal public policy in this area[,]' that the Court must decide whether these contracts are enforceable." Id. at *5.

Relying upon California Supreme Court authority, the court held that illegal contracts can be enforced where the additional penalty of refusing to enforce the contract is disproportionate to the crime. The court determined that the object of the contract (consulting services) was not illegal, and ordering enforcement of the contract did not require anyone to possess, cultivate, or distribute marijuana, or in any other way violate the CSA. The court further held that even if the object of the contract were illegal, factual questions remained as to whether the contract should be enforced due to the potential windfall to the defendant if it were not enforced, "the ever-changing political climate concerning medical marijuana -- and marijuana in general -- as well the federal government's current lack enforcement of the CSA in Medical Marijuana States," and the state's policy permitting medical marijuana. See id. at *8.

The reasoning in Mann, which should apply equally to insurance contracts, is even stronger now. First, Civil Code Section 1550.5(b) specifically states that such contracts are enforcement. Second, prior to President Donald Trump, a DOJ memorandum (the 2013 Cole Memo) was regarded as relaxing a DOJ policy of enforcing marijuana laws. Yet, Jeff Sessions, President Trump's first attorney general, was a vocal anti-marijuana advocate. He rescinded prior memos relaxing the enforcement. In November 2018, Attorney General Sessions submitted his resignation. William Barr, the current attorney general, has stated that he does not intend to use federal resources to prosecute marijuana companies if they are complying with state law.

As with so many other areas of the law where this conflict presents itself, we shall wait with bated breathe for a resolution.