Drowning in confusion: What are ‘waters of the United States’? 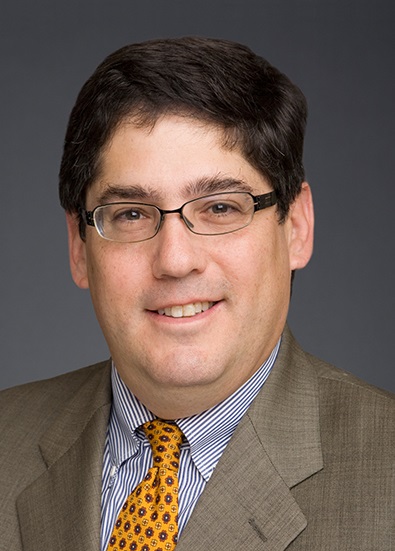 Marc represents governmental entities and private companies in a wide variety of environmental and land use matters arising under federal, state and local laws and regulations, including the Clean Water Act, the California Porter-Cologne Water Quality Control Act, the federal and California Endangered Species Acts, the National Environmental Policy Act and the California Environmental Quality Act.

It sounds so simple. The Clean Water Act applies to "waters of the United States." But a clear and consistent definition of this critically important phrase has long proved painfully elusive. As Justice Samuel Alito lamented nearly eight years ago:

"The reach of the Clean Water Act is notoriously unclear.... Real relief requires Congress to do what it should have done in the first place: provide a reasonably clear rule regarding the reach of the Clean Water Act. When Congress passed the Clean Water Act in 1972, it provided that the Act covers 'the waters of the United States.' But Congress did not define what is meant by 'the waters of the United States'; the phrase was not a term of art with a known meaning; and the words themselves are hopelessly indeterminate. ... For 40 years, Congress has done nothing to resolve this critical ambiguity, and the EPA has not seen fit to promulgate a rule providing a clear and sufficiently limited definition of the phrase." Sackett v. Environmental Protection Agency, 566 U.S. 120, 132-33 (2012) (Alito, J., concurring).

While the federal government and courts famously continue to struggle with the CWA's reach, the state of California has been asserting -- and increasing -- its own authority over broadly defined "waters of the state" pursuant to the California Water Code.

The crux of the current problem stems from the U.S. Supreme Court's fractured decision in Rapanos v. United States, 547 U.S. 715 (2006). In that case, Justice Anthony Kennedy's concurring opinion established the "significant nexus" test that many courts, including the 9th U.S. Circuit Court of Appeals, now follow. Under this test, the key question is whether the water body in question may "significantly affect the chemical, physical, and biological integrity of other covered waters more readily understood as navigable," such as rivers, lakes and bays. Id. at 779-80.

Justice Antonin Scalia authored a four-justice opinion that took the much narrower view that only water bodies with a "continuous surface connection" to navigable waters should fall under the CWA's aegis. Chief Justice John Roberts joined Scalia's opinion but wrote separately to warn that, without a clear majority to define the boundaries of the CWA, the "lower courts and regulated entities will now have to feel their way on a case-by-case basis. Id. at 758.

In 2008, the EPA and the Army Corps of Engineers, the two federal agencies charged with implementing the CWA, jointly published interpretive guidance that sought to define the extent of federal permitting authority following the Rapanos decision. The 2008 guidance, however, is not legally binding and has done little to clarify the limits of CWA jurisdiction. As Chief Justice Roberts predicted, for many smaller seasonal creeks and wetlands, the guidance effectively requires a highly fact-intensive, case-by-case scientific analysis by an environmental consultant to determine whether a "significant nexus" to a navigable waterway exists. But despite this lack of clarity and certainty, the 2008 guidance still stands -- at least for now -- as the governing test for defining federal government authority under the CWA.

The 2008 guidance covers three different categories of water bodies. The first category is automatically subject to federal jurisdiction and includes the following:

• Traditional navigable waters, which consist of "all waters which are currently used, or were used in the past, or may be susceptible to use in interstate or foreign commerce, including all waters which are subject to the ebb and flow of the tide."

• Relatively permanent non-navigable tributaries of traditional navigable waters. This subcategory covers tributaries that "typically (e.g., except due to drought) flow year-round" or that "have a continuous flow at least seasonally (e.g., typically three months)." It also includes wetlands that "directly abut" such tributaries.

Another category of water bodies under the 2008 guidance is generally not subject to federal jurisdiction. This category includes small washes and gullies characterized by low-volume, infrequent or short-duration flow. It also includes ditches that are excavated wholly in and drain only upland areas and that do not carry a relatively permanent flow of water.

The most important category under the 2008 guidance consists of water bodies that may or may not be subject to federal jurisdiction, depending on the specific factual circumstances presented in each case. This category includes (a) non-navigable tributaries that do not meet the standard above for being "relatively permanent"; (b) wetlands that are "adjacent" to such impermanent non-navigable tributaries; and (c) wetlands that are "adjacent" to (but do not directly abut) non-navigable tributaries that are relatively permanent. A water body in this category is subject to federal jurisdiction under the 2008 guidance if there is a "significant nexus" between the water body and a traditional navigable water, using the open-ended standard articulated by Justice Kennedy in Rapanos.

The guidance further explains the particulars of the "significant nexus" test:

Principal considerations when evaluating significant nexus include the volume, duration and frequency of the flow of water in the tributary and the proximity of the tributary to a traditional navigable water. In addition to any available hydrologic information (e.g., gauge data, flood predictions, historic records of water flow, statistical data, personal observations/records, etc.), the agencies may reasonably consider certain physical characteristics of the tributary to characterize its flow, and thus help to inform the determination of whether or not a significant nexus is present between the tributary and downstream traditional navigable waters.

Given this broad, flexible and multifaceted test, it is not surprising that determining whether the CWA applies to many small, seasonal creeks and streams and their associated wetlands can be a complicated and time-consuming affair, requiring an in-depth scientific analysis. Even before the Rapanos decision, one study found that the average applicant for a CWA fill permit "spends 788 days and $271,596 in completing the process." Rapanos, 547 U.S. at 719. After Rapanos, an EPA report in 2009 emphasized the significant increase in litigation over CWA jurisdictional determinations, with the uncertainty over the CWA's reach causing the "major resource drain" on the EPA's Office of Enforcement and Compliance Assurance and making it "difficult for EPA to craft jurisdictional determination guidance that is both legal and usable for field staff."

In June 2015, the EPA and the Corps jointly adopted a new regulation that provided a broad but fixed definition of the key term "waters of the United States." 80 Fed. Reg. 37,054 (June 29, 2015). The 2015 "Clean Water Rule" sought to resolve the continued uncertainty surrounding the scope of CWA jurisdiction following Rapanos. But a flood of lawsuits challenged the rule as an overly broad and impermissible interpretation of the CWA. Additionally, in February 2017, the new administration launched an effort to delay, then rescind, and then replace the rule.

Due to a complicated set of court decisions and overlapping regulations, the 2015 Clean Water Rule was prevented from taking effect until the summer of 2018. And as a result of various district court rulings across the country, when the rule finally did take effect, it became effective only in some states (including California) but not in others. The result was a confusing patchwork, compelling the EPA to post a color-coded map on its website to show which set of standards governed in each state.

Then, in October 2019, the agencies adopted a regulation rescinding the 2015 Clean Water Rule. 84 Fed. Reg. 56,626 (Oct. 22, 2019). This new rule, which took effect on December 23, 2019, provides that "the regulations defining the scope of federal CWA jurisdiction will be those portions of the [Code of Federal Regulations] as they existed before the amendments promulgated in the 2015 Rule." But these preexisting regulations are the same provisions that were at issue in the Rapanos case and in the 2008 guidance interpreting Rapanos. So at least for the time being, we are where we started from -- with no clear definition of the boundaries of federal jurisdiction under the CWA.

It is anticipated that the agencies will adopt a new regulation to provide a replacement definition for the term "waters of the United States" in 2020. The agencies published a proposed replacement rule in February 2019. See 84 Fed. Reg. 4154 (Feb. 14, 2019). This replacement definition departs from the governing "significant nexus" standard and instead hews much closer to Justice Scalia's "continuous surface connection" test; it is therefore much narrower than the definition provided under either the 2008 guidance or the 2015 Clean Water Rule. But a recently disclosed draft assessment by the EPA's own Science Advisory Board is highly critical of the proposed replacement rule and its scientific underpinnings. This assessment states that the proposed rule "neglects established science" and "threatens to weaken protection of the nation's waters." Litigation already has been filed to challenge the rescission of the 2015 Clean Water Rule, and more litigation is a virtual certainty if a replacement rule is adopted. Ultimately, it will be up to the courts to decide -- yet again -- the proper boundaries of CWA jurisdiction.

Irrespective of the outcome in federal court, in California, the State Water Resources Control Board and the nine Regional Water Quality Control Boards are poised to step in and fill any gaps left by receding federal jurisdiction. In April 2019, the State Board adopted new rules to provide a uniform statewide definition of what constitutes a wetland and to establish criteria and procedures for permitting fill projects affecting wetlands, creeks and streams under the state's water quality law, the Porter-Cologne Water Quality Control Act. This law broadly applies to all "waters of the state," which -- unlike the imprecise federal definition -- expressly encompasses "any surface water or groundwater, including saline waters, within the boundaries of the state." Cal. Water Code Section 13050(e). The new rules, entitled "State Wetland Definition and Procedures for Discharges of Dredged or Fill Material to Waters of the State," are scheduled to take effect on May 28, 2020, and reflect the state's continued assertion of its own, independent authority to regulate small, isolated and ephemeral water bodies, regardless of what jurisdictional test applies under the federal CWA. As the new rules demonstrate, the more the federal government limits its regulatory jurisdiction, the more California expands its regulatory footprint under state law. 

Rulings in climate cases swung momentum to plaintiffs’ side