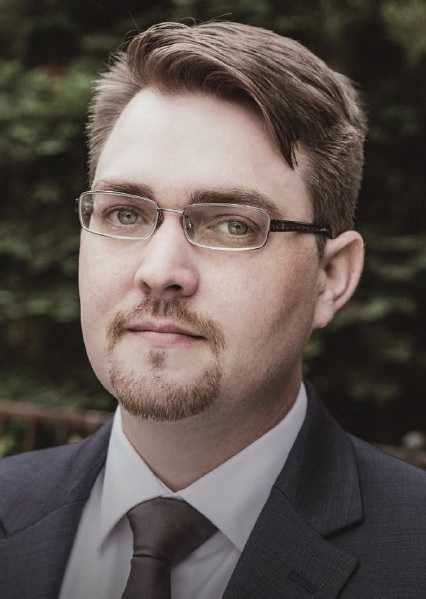 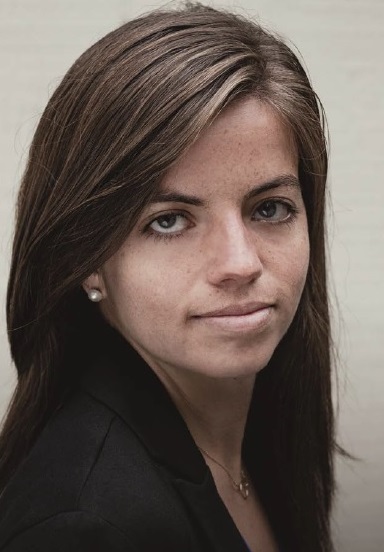 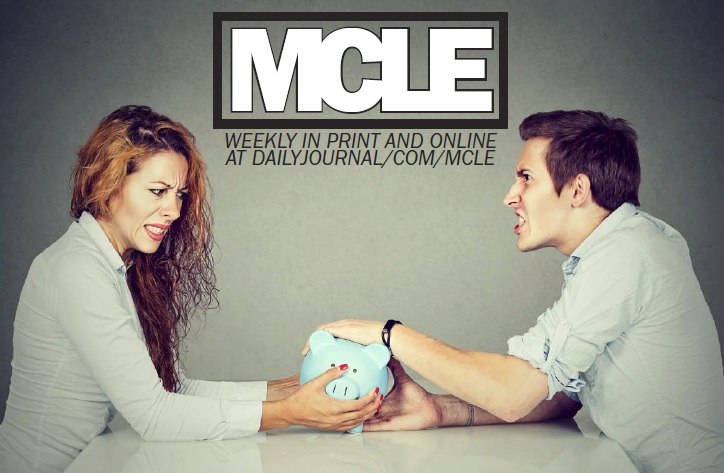 The future is unmarried but entangled -- fewer couples get married and more unmarried couples acquire property, pursue business, support each other, and pool assets and efforts to create complex, financially intertwined lives. California's elaborate Family Code and case law determine property rights between married persons based on community property. But what happens when unmarried couples make financial deals during their relationship? In a less-married millennium, disputes between unmarried partners are more common than ever and may arise during their lifetimes or upon a partner's death. This is an increasingly important, ascendant area of California civil and probate litigation.

It is common for unmarried partners in a committed, forward-looking phase of their relationship to demonstrate an intent to build a life together, be "partners," "share" resources, "jointly" plan careers, agree to "take care of" one another, and to buy property or financially plan together (or concurrently). The California Supreme Court's landmark decision in Marvin v. Marvin, 18 Cal. 3d 660 (1976), subjects financial deals and business relationships between unmarried intimate partners to the same commercial law principles that apply to non-intimate persons. It requires courts not to diminish the financial rights of intimate partners merely because the relationship has a personal aspect.

Before Marvin, courts struggled with how to analyze financial relationships that had an intimate or "domestic" component. A claim by an intimate partner was commonly described as a "palimony" claim or, worse, a payment claim for sexual services. Although Marvin-type claims still are often called "palimony," diminishing financial or commercial claims between intimate partners can lead to severe analytical errors by elevating the intimate part of the relationship's fact pattern above the financial aspect. Marvin claims are not just about post-breakup support ("alimony" in the marital context), but rather pierce through the intimacies to analyze the parties' financial deal, if there was one. We use the term "Marvin claim" to mean "a financial or commercial claim between intimate partners." Note this definition uses "partners," not "parties," to connote sustained, lifestyle-sharing financial activities.

The Marvin doctrine fundamentally asks: Did the parties create a contract (usually oral or implied-in-fact), a business partnership, a trust, or other commercial rights and duties during their intimate relationship? To establish a judicially enforceable legal obligation, a Marvin claimant must prove all elements of the commercial-based claim being asserted, which typically requires proof that the parties intended to enter into a transaction, not merely express emotional commitments or make a gift or gratuitous promise.

Under Marvin, unless the couple are registered domestic partners, or it is an issue of child support, the financial relationship between unmarried partners is governed by general law. Marvin, at 665 ("In the absence of an express contract, the courts should inquire into the conduct of the parties to determine whether that conduct demonstrates an implied contract, agreement of partnership or joint venture, or some other tacit understanding between the parties. The courts may also employ the doctrine of quantum meruit, or equitable remedies such as constructive or resulting trusts"). Torts are also often included, especially fraud, misrepresentation, and conversion. Typical equitable claims are promissory estoppel, constructive trust, and sometimes injunctions. Declaratory relief claims are common. Claims for general partnership dissolution may be appropriate -- a common allegation is that the parties engaged in a "pooling" of assets and efforts, requiring a true-up to occur at the relationship's termination. Federal law may also apply, as when a couple collaborates on a copyrightable work. Labor law, such as wrongful termination or wage and hour statutes, may apply. Complicated issues of tax law also often arise. In response to Marvin claims, both legal and equitable defenses are available, including statutes of limitation, laches, estoppel, lack of consideration, and uncertainty. Many Marvin claims give rise to jury trial rights.

Although the legal theories vary, decisions following Marvin have consistently reaffirmed Marvin's basic analysis -- while the intimate relationship is a fact of the case, perhaps an important one, it does not change the legal principles applicable to determine the parties' financial rights and obligations. See Alderson v. Alderson, 180 Cal. App. 3d 450, 463 (1986) (that the parties engaged in sexual relations is not a defense to an agreement to pool property where the agreement did not explicitly rest on consideration of sexual services); Marvin v. Marvin, 122 Cal. App. 3d 871, 876-77 (1981) (in a later proceeding between the original Marvin parties; reversing trial court's "rehabilitative award" of $104,000 to allow plaintiff to become self-supporting, holding that absent an express or implied agreement, remedies must be supported by "some recognized underlying obligation in law or equity"); Friedman v. Friedman, 20 Cal. App. 4th 876, 890 (1993) (overturning order granting temporary "spousal support," reasoning that because the Legislature has not extended spousal rights to unmarried cohabitants, courts in Marvin cases may not order provisional remedies otherwise unavailable to civil litigants).

While Marvin involved heterosexual parties, who lived together and held themselves out as married, there is nothing about Marvin that mandates heterosexuality, actual cohabitation, or holding oneself out as a spouse. See Whorton v. Dillingham, 202 Cal. App. 3d 447, 452, n.1 (1988) (defendant "does not assert Marvin is inapplicable to same-sex partners, and we see no legal basis to make a distinction"); Cochran v. Cochran, 89 Cal. App. 4th 283, 291 (2001) ("the rationale of Marvin is satisfied in appropriate cases by a cohabitation arrangement that is less than full-time"); Maglica v. Maglica, 66 Cal. App. 4th 442, 455-57 (1998) (while not conclusive, living together and holding themselves out as spouses can be part of a series of facts showing an implied agreement to share property). Cases following Marvin have also clarified that, as commercial claims, Marvin claims survive marriage and death. Watkins v. Watkins, 143 Cal. App. 3d 651, 653 (1983) (implied agreement regarding property of unmarried cohabitants remains enforceable after marriage); Byrne v. Laura, 52 Cal. App. 4th 1054, 1064 (1997) (support agreement is enforceable against an estate when one of the parties to the agreement dies).

The biggest difference between litigating Marvin claims and claims between non-intimate persons involves how to prove the claims factually -- not the applicable law (which by and large is general commercial law). It is most important for an attorney who is evaluating a Marvin claim -- or the potential defense of a claim -- not to be dismissive of the claim on account of the parties' intimate relationship. In fact, intimacy and financial dependence can help establish important elements of certain claims or defenses, such as trust, reliance, duress, and damages. In Marvin cases, there is often the question whether an act was done as part of "a deal," "a gift," or some combination. Between non-intimate businesspersons, a gift is rarely inferred, but in relationships where many gifts are given of goods, services, time, and support, it can be complex to parse the couple's intentions. It is up to the attorney to assess whether a fact-finder is likely to find the parties made a commercial agreement or a gift.

Marvin claims typically are unliquidated: There is no clear direction on who gets what, leading to disagreements and litigation. The typical absence of a formal written agreement in Marvin cases creates an evidentiary gap as to whether services were truly a gift or were rendered with the expectation of compensation. While family law imposes a well-developed legal framework to determine married-parties' rights in property, commercial law looks primarily to express or implied agreements between unmarried-parties. Absent such agreements, commercial law looks to equity (fairness) or rules that apply to particular property or that raise presumptions based on how title is held. The lack of a written agreement also raises important evidence preservation considerations, especially concerning course of dealing evidence, such as bank records and written communications by the parties referring to their arrangement, intentions, and so on.

Additional important practice considerations include anticipating jury perspectives and the financial dynamics of litigation versus settlement. Marvin claims are not necessarily "hard claims to prove" -- they can be seen as hard claims to rebut, especially when there is a big equitable or sympathy factor in favor of a party, such as when there is a seemingly "unfair" compensation disparity between intimate co-contributors. In terms of the dynamics of the case, it is important to consider that financial disparities between parties may leave one party in an "out-spouse"-type role -- with limited access to funds for litigation costs and immediate financial needs (but no spousal support) following a break-up. Without a written agreement that contains a prevailing party attorney's fees clause, many Marvin plaintiffs who lack resources require contingent fee counsel.

The Future of Claims Between Unmarried Intimate Partners

Deals between unmarried people are too frequent and important to be ignored. The increasingly unmarried but entangled future of intimate relationships means Marvin claims will become more common and possibly much larger. Many highly successful unmarried couples are "pooling" their valuable talents, efforts, and assets -- and building major wealth. In addition to the traditional Marvin claims for breach of contract, quantum meruit/unjust enrichment, and misrepresentation, Marvin cases now often involve the application of trust and partnership law and equity (as Marvin expressly envisioned), and may raise complex federal law and regulatory law issues, such as copyright infringement, labor code regulations, securities fraud, and trade secret misappropriation. As the complexity and variety of Marvin cases expands, the future of Marvin claims will be more in the realm of commercial litigators, as civil litigators increasingly view the claims as akin to business cases. Family lawyers seeking to assist unmarried partners will need to gain business litigation skills. 

It’s over. Or is it? The date of separation quandary