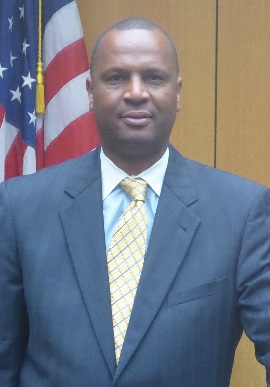 In this digital age where technology continues to advance rapidly and reach billions of people around the globe, social media has become a popular form of communication. Through the use of various social media platforms, people can communicate by posting information, sharing photos or videos, sending messages, blogging, microblogging and rating services. Some go as far as revealing the intimate details of their lives such as personal relationships, political viewpoints or activities of the day.

As a result, social media evidence can play a significant role in determining the outcome of litigation in both the civil and criminal arena. The content of one's posts can shed light on motive, intent, identity, gang affiliation or any other relevant issue in a case. While Facebook, Twitter, Instagram and LinkedIn are some of the most popular websites, the universe of social media is massive and attorneys should familiarize themselves with it.

While a detailed discussion of these statutes is beyond the scope of this article, it should be noted that law enforcement agencies may obtain social media evidence from providers with a search warrant. For non-law enforcement agencies and civil parties, the law continues to evolve in this area. In the case of Juror Number One v. Superior Court, 206 Cal. App. 4th 854 (2012), the court ordered juror number one to execute a consent form pursuant to the Stored Communications Act authorizing Facebook to release to the social media posts during the trial to the court. Additionally, the evidence may be obtained by accessing the public portion of the user's social media web page.

Proponents seeking to admit social media evidence will face three primary hurdles of admissibility: relevance, authentication and hearsay. In order for evidence to be admissible, it must be relevant and not unfairly prejudicial. Calif. Evidence Code Sections 350, 352. Relevant evidence is defined as evidence having any tendency in reason to prove or disprove any disputed fact that is of consequence to the determination of the action.

When seeking to admit social media evidence, the most significant hurdle is authentication. The proponent of the evidence must first determine the purpose for which the evidence is being offered, which will then determine what must be shown for authentication. In re K.B., 238 Cal. App. 4th 989 (2015). The key question is typically who authored the specific social media post or web page, which goes directly to the issue of relevance. Additionally, the proponent must establish that the post is accurate.

The proponent must introduce evidence sufficient to sustain a finding that the writing is what the proponent of the evidence claims it is or establish facts by any other means provided by law, such as a statutory presumption for authentication. The foundation requires that there be sufficient evidence for a trier of fact to find that the writing is what it purports to be, such as that it is genuine for the purpose offered. People v. Valdez, 201 Cal. App. 4th 1429 (2011). Conflicting inferences as to authentication go to the weight, not admissibility. See Jazayeri v. Mao, 174 Cal. App. 4th 301 (2009).

The methods used for authentication are broad and only limited by the proponent's creativity and the court's discretion. See Section 1410. When the proponent has direct evidence of the creation of the post, the process is simple. For example, an admission by the author of the social media post as to creation or testimony by a third party that she witnessed the author create the post would directly authenticate the evidence. See Sections 1413, 1414.

In other instances, the proponent must rely on a combination of circumstantial evidence to authenticate the social media evidence. Most social media websites like Twitter or Instagram require users to create an account by selecting a unique username and password. The user can then add information to the web page, which is distinctive, unique or characteristic of the user. As a result, this distinctive content can be used to authenticate the posts from the specific user's account and establish authorship. See Sections 1414, 1421.

For example, Justin posted a photo on his Facebook page celebrating his birthday last night at the Golden State Warriors game. Sam testified that he saw Justin at the game last night. Additionally, Justin posted distinctive content on his web page including his birth date, current residence, high school attended, current employment and family members. These circumstantial facts would be powerful in proving Justin wrote the post.

Once the evidence has been properly authenticated, the proponent may need to deal with the hurdle of hearsay. Hearsay evidence is evidence of a statement that was made other than by a witness while testifying at the hearing and that is offered to prove the truth of the matter stated. Section 1200. In instances where the social media post is being offered for the truth, the proponent of the evidence will need to establish a valid hearsay exception, such as a party admission, prior inconsistent statement or state of mind. Sections 1220, 1235 and 1250.

Objections to the form of questions