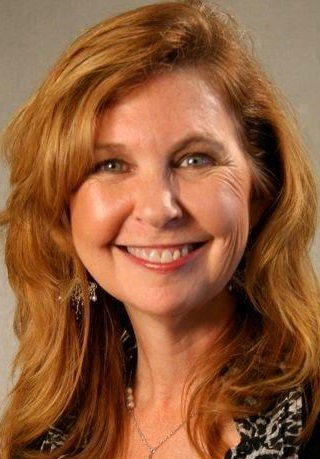 Michelle is author of "Winning with Social Media: A Desktop Guide for Lawyers Using Social Media in Litigation and Trial." She is in-house and an adjunct professor at USC Annenberg School for Communication and Journalism.

A huge thanks to Dr. Phil McGraw for pulling the legal profession along into the digital age. Written and produced by Dr. Phil himself, the new CBS show "Bull" is about a successful trial consulting firm and its founder who use psychology and technology to pick juries and coach the trial attorney on winning themes for the case, examination of witnesses and closing argument. Besides being a fun watch with "NCIS" star Michael Weatherly as Dr. Jason Bull, this show is making the use of social media in jury selection more mainstream. It is not news to most people anymore that their public social media activity is fair game for anyone to look at, from prospective employers to digital advertising companies.

It is also routine for judges to include social media in their admonitions to jurors - telling them not to talk about the case on social media and to decide the case based on the courtroom proceedings, not internet research. The only thing that is not yet routine, but shows like "Bull" are getting us there, is researching prospective and empaneled jurors on social media.

The good news is we are getting there albeit with a few stalls along the way. In 2010, a New Jersey appellate court, in Carino v. Muenzen, had to reverse a trial court order that prevented plaintiff's counsel from using the internet in the courtroom during voir dire. More recently, a federal district judge in Northern California issued an order dramatically restricting internet and social media searches of jurors in a high-profile copyright action between Oracle and Google. The concerns behind the court's order are worth talking about, so we can hopefully persuade more courts along the way that social media in jury selection is a good thing, and something jurors expect is happening behind the scenes as a matter of course.

In Oracle America Inc. v. Google Inc., 10-03561 (N.D.CA March 25, 2016), the court was concerned that attorneys would mine not only the public pages of prospective jurors, but also information marked as "for friends only" or "friends of friends." Perhaps the court was imagining less than six degrees of separation in social media searches. The court also expressed concern that, in such a high-profile case, jurors would ignore the court's admonitions not to conduct research on the lawyers and the case (which the court acknowledged is repeated throughout a trial), if the jurors realized that legal counsel was looking at them. Whether this is a realistic concern or not is hard to say. Trials already give jurors plenty of excuses to do internet research and most do not. No one is suggesting that we get rid of side bars between the judge and legal counsel or that judges stop instructing jurors to disregard certain evidence or testimony at trial, because it will drive them to the internet. We expect jurors to comply with the court's admonitions. We don't change trial proceedings to remove any elements that would make a curious juror want to do her own research.

Another concern is that the lawyers may tailor their arguments to make special appeals to jurors based on their social media activity - what we are seeing already played out in "Bull." The genie is out of the bottle. Trial attorneys take what they learn from voir dire, pop culture and current day concerns to be an effective advocate for their client and win cases. Adding social media to this equation will not make otherwise ethical attorneys unethical. A trial attorney can already look at what is trending on Twitter and get a good sense of what the empaneled jury is probably interested in and following. Jury consultants are already profiling jurors without restriction. The court was also concerned about protecting the privacy of jurors. A completely genuine concern, but, unfortunately, a little unrealistic. We tell social media users in every other context that their social media activity (even posts made with the highest of privacy settings) is not protected by any privilege. Do we really want to give jurors a false sense of security in their privacy settings on social media? If we are really that concerned, then shouldn't judges be educating jurors that they should think of social media posts along the lines of what attorneys tell their business clients about emails - if it's not something you would want on the front page of the New York Times or your grandmother to see, don't post or send it. Nothing precludes prospective jurors from deleting posts or pictures, and using the highest privacy settings to make their social media activity more impenetrable. As the Oracle court recognized, in a high-profile case, the public and press will have access to social media activity of the jury that the court is precluding the parties from examining.

Fortunately, the trend seems to be going more in the other direction. Courts are looking to lawyers to take advantage of technology in picking a jury (see, e.g., Johnson v. McCullough, 306 S.W.3d 551 (Mo. 2010). Lawyers can take some responsibility for making social media research of prospective jurors as routine as juror questionnaires. Here are a few basic guidelines for lawyers thinking of using social media research in their voir dire:

No explanation should be needed here. It is against ethics rules and violates the terms of use for many sites including Facebook.

Familiarize yourself with the sites you are searching, and don't do anything that alerts a juror that you are looking at him. This means adjusting the setting on your "Privacy-Profile-Viewing" options on LinkedIn so your profile is in private mode. It also means not mistakenly retweeting, sharing or liking a post. And, no matter what you do, don't mistakenly send a friend request or try to follow someone. Remember the childhood adage "look, don't touch" and you can avoid getting called up in front of the court or the State Bar for having forbidden ex parte communications with a juror.

While there is a split in state ethics opinions on whether attorneys are obliged to know which sites alert a user that someone is looking at their profile, it is highly recommended that attorneys avoid any appearance of cyberstalking a juror. Some jurors may feel put off by it, and develop an inherent bias against your client.

Again, people expect prospective employers or someone from a dating site to Google them, but they don't want to know how intensive your research has been. Therefore, look, learn and bring the information into your trial strategy, but don't hit the jurors over the head with obvious appeals to their personal traits.