Can California lawyers ethically light up? 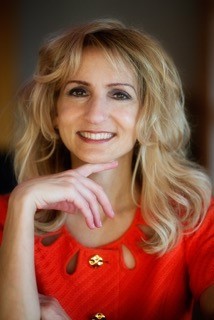 Wendy is a San Diego lawyer, past chair and advisor of the California State Bar Ethics Committee (Committee on Professional Responsibility and Conduct), and past chair of the San Diego County Bar Association Legal Ethics Committee. Any opinions expressed here are her own, and do not reflect that of her employer. This article does not constitute legal advice.

Election Day 2016 added yet another tourist attraction to the already overpopulated Golden State: marijuana. Despite strong voices in opposition, California voters rolled back the prohibitions to rolling a joint. Yet for California lawyers, who have a duty to "support the Constitution and laws of the United States and of this state" pursuant to California Business and Professions Code Section 6068(a) and related provisions, there is more to the story.

Although the solution to how to solve the state-federal law discrepancy with respect to marijuana use remains hazy, there are ethical opinions we can review for guidance to clear the air regarding the legal and ethical provisions at issue.

Let us review a few opinions that address two questions: Can lawyers represent clients in the marijuana business? And can they personally indulge?

Now that marijuana is legal in California, entrepreneurially minded business people are poised to capitalize on the new law - with the help of their lawyers.

California Rule 3-210, Advising the Violation of Law, states that lawyers "shall not advise the violation of any law ... unless the member believes in good faith that such law, rule, or ruling is invalid." The rule goes on to state that a lawyer may "take appropriate steps in good faith to test the validity" of any law.

Lawyers approached by potential clients seeking representation in California's newly defined marijuana business naturally worry about advising law violations, and even aiding and abetting activity that remains a federal offense. Marijuana is still illegal as a Schedule 1 substance under the Controlled Substances Act (21 U.S.C. Section 841(a)(1)), meaning that the Food and Drug Administration have determined it possesses no medical use.

L.A. and S.F. Attempt to Clear the Air

Noting the state-federal conflict, two ethics opinions in California address how lawyers may ethically represent clients who are in the marijuana business.

The Los Angeles County Bar Association Professional Responsibility and Ethics Committee in Opinion No. 527 endeavored to provide guidance to lawyers regarding giving legal advice and assistance to clients involved in marijuana cultivation, distribution or consumption.

Teresa Schmid, Chair of the Los Angeles County Bar Professional Responsibility and Ethics Committee, explains that "even more than when it was first released in 2015, LACBA's Opinion No. 527 is about access to justice. The passage of Proposition 64 this November means that thousands more Californians will be able to legitimately use and cultivate marijuana under California law, even as federal law continues to prohibit it. When lawyers withhold their services because of uncertainties in substantive or ethical law, the public is deprived of the legal guidance necessary to ensure their safety and security. Opinion No. 527 protects the public by giving California lawyers a means to advise these new clients responsibly."

The Bar Association of San Francisco in Opinion 2015-1 concluded that a lawyer may ethically represent a client in connection with forming and operating a marijuana dispensary and related matters, because such activity is legal under California law, even though it is in violation of federal law. The opinion noted that California Rule 3-210 did not anticipate this unusual scenario, and expressed preference for providing preventative legal advice to clients regarding state laws regulating marijuana use before they become criminal defendants or face forfeiture actions.

Opinion 2015-1 acknowledged several other opinions on the topic from other states - some of which reached the opposite conclusion.

While the Bar Association of San Francisco opined that a lawyer can ethically represent a client engaged in the marijuana business under state law, it also suggested that lawyers advise clients about potential federal law liability and related consequences, and remain aware of their own risks.

States Prohibit Lawyers from Representing Clients in the Marijuana Business

As the San Francisco opinion noted, different states came to different conclusions. In Ohio Ethics Opinion 2016-6 (Aug. 5, 2016), the Ohio State Bar said lawyers cannot advise clients to engage in conduct in violation of federal law, even if permitted under state law. Although the opinion states that lawyers cannot provide legal services to assist clients transacting or doing business in the medical marijuana industry, it notes that lawyers may explain the legality or consequences of clients' proposed actions.

While acknowledging the often cited U.S. Department of Justice 2013 memorandum announcing its general policy not to interfere with medical marijuana use pursuant to state laws, the Ohio opinion notes that marijuana use continues to be classified as a federal crime.

Lawyers Going Green: Read Up Before You Light Up

What about the lawyer who is not seeking to inform, but to inhale? Existing ethics opinions impact this discussion as well. There are a variety of ethics opinions from around the country which have arrived at different conclusions on this issue. Here are a few examples.

Ohio Opinion 2016-6 states that lawyers who use medical marijuana, even with a state regulated prescription, are subject to federal prosecution and are engaging in conduct that may "adversely reflect on a lawyer's honesty, trustworthiness, and overall fitness to practice law" in violation of Ohio rules of professional conduct.

The opinion qualifies this statement by noting that such violations would need to be established on a case-by-case basis, requiring a nexus between the act and the lawyer´s lack of honesty or trustworthiness. It also notes that multiple violations of federal law would likely qualify as a "pattern of repeat offenses" and evidence of an "indifference to legal violations," which would violate the rule.

Other jurisdictions have reached different conclusions. Washington State Bar Association Advisory Opinion 201501 (2015) says lawyers may, with certain qualifications, use marijuana as well as provide legal advice and assistance to clients in complying with the Cannabis Patient Protection Act and Washington state law allowing recreational use of marijuana.

In support of this conclusion, the opinion notes the "extraordinary" and "unprecedented" combination of factors present in Washington, and also notes that if the federal government were to change its policy and decide to enforce the Controlled Substances Act, their conclusion would be have to be reconsidered.

The Washington opinion also notes that if a lawyer´s marijuana use leads to behavior prohibited by the rules of professional conduct, the lawyer would be subject to discipline in the same way that he or she would if they violated ethical rules due to excessive alcohol consumption.

Despite the green revolution, lawyers and law firms must still provide competent representation to clients.

California Rule of Professional Conduct 3-110, Failing to Act Competently, states that a lawyer "shall not intentionally, recklessly, or repeatedly fail to perform legal services with competence." The definition of "competence" includes not only "diligence" as well as "learning and skill," but also the "mental, emotional, and physical ability reasonably necessary" to perform legal services.

The issue here could become what to do with a highly qualified, skilled, knowledgeable attorney who is high. No one would argue that at least while the attorney is under the influence, marijuana use detracts from mental, emotional and physical ability.

The discussion section of the rule notes that a lawyer´s duty of competence includes supervising the work of subordinate attorneys, as well as agents or non-attorney employees. Along these lines, consider whether you would notice if someone who worked for you was under the influence. Because many lawyers spend much of their time behind a computer screen instead of interacting with staff, the answer might be, probably not.

Despite the Green Light, Proceed with Caution

Although California has legalized marijuana, the message to lawyers is proceed with caution. Given the range of ethical opinions across the nation, lawyers would be wise to review all of the relevant laws and ethical rules before making a decision regarding representation, and personal use.

Many of the concerns related to legalizing marijuana will no doubt be addressed over time through legislation and litigation. In the short term, however, a working knowledge of the issues involved will prepare us to handle the green flash on the horizon.