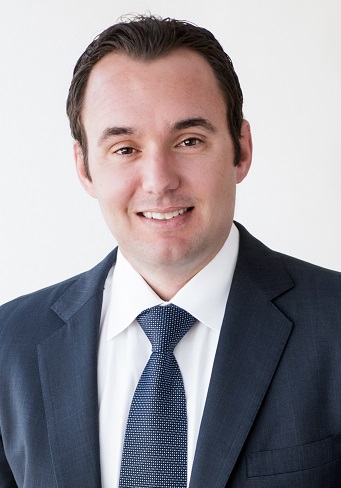 The California Court of Appeal's decision last week in Barickman v. Mercury Casualty Co., 2016 DJDAR 8503 (Aug. 15, 2016), once again confirms the breadth of an insurer's duty to make all reasonable efforts to settle a third party's lawsuit against its insured.

It is well established that, under California law, the implied covenant of good faith and fair dealing requires liability insurers to accept reasonable settlement demands within policy limits. Comunale v. Traders & Gen. Ins. Co., 50 Cal. 2d 654, 659 (1958). This duty "is implied in law to protect the insured from exposure to liability in excess of coverage as a result of the insurer's gamble - on which only the insured might lose." Murphy v. Allstate Ins. Co., 17 Cal. 3d 937, 941 (1976). If an insurer breaches the implied covenant by unreasonably refusing to settle a third party's lawsuit, an insured may sue its insurer to recover damages proximately caused by the insurer's breach. PPG Industries, Inc. v. Transamerica Ins. Co., 20 Cal. 4th 310, 312 (1999). In the event of a subsequent judgment against the insured, such damages necessarily include the entire judgment - even if the judgment exceeds the policy limits. Earlier this month, the Court of Appeal expanded this rule to also include subsequent settlements in excess of policy limits. Ace American Ins. Co. v. Fireman's Fund Ins. Co., 2016 DJDAR 8044 (Aug. 5, 2016).

Barickman continues the trend of enforcing the good faith duty to settle claims in favor of insureds. Specifically, the decision establishes that even if a liability insurer offers policy limits to resolve a third party lawsuit, it can still face bad faith liability for judgments in excess of policy limits if it otherwise acts unreasonably.

The facts underlying the decision are straightforward: Timory McDaniel was driving while intoxicated in a car insured by Mercury Casualty Company. McDaniel ran a red light and struck and seriously injured Laura Beth Barickman and Shannon Mcinteer, both of whom were in a crosswalk with the walk signal in their favor. Barickman and Mcinteer agreed to settle their claims against McDaniel for her insurance coverage limits of $15,000 each. Although Mercury offered McDaniel's policy limits, Mercury would not agree to additional language inserted by Barickman and Mcinteer's lawyer in the settlement agreement, which stated in reference to the $15,000 payment: "This does not include court-ordered restitution." Barickman and Mcinteer subsequently sued McDaniel and settled the case with a stipulated judgment for $3 million.

On appeal, Mercury contended that "it acted in good faith as a matter of law" because it timely offered McDaniel's policy limits. According to Mercury, the offering of policy limits was sufficient in and of itself to defeat a bad faith claim, regardless of whether Mercury was unreasonable in its refusal to accept any modifications to the settlement agreement. The court rejected Mercury's argument, stating that "[w]hen a claim is based on the insurer's bad faith, ... the ultimate test is whether the insurer's conduct was unreasonable under all of the circumstances." Indeed, "Mercury's contrary position, if accepted, would mean an insurer that at one point acted in good faith during settlement negotiations has fully discharged its obligations under the implied covenant and has no further responsibility to make reasonable efforts to settle a third party's lawsuit against its insured." The court remarked that it could find no support for Mercury's "rather remarkable position."

Having dispensed with Mercury's primary argument, the court next turned to Mercury's contention that the language added to the release - "this does not include court-ordered restitution" - could have been interpreted as a waiver of McDaniel's right to an offset and that Mercury had an obligation to its insured not to jeopardize that right. The referee below heard conflicting testimony regarding the import of the language and found that Mercury had been assured multiple times that the language was intended only to preserve Barickman and Mcinteer's basic restitution rights and did not eliminate McDaniel's right to an offset for the amounts paid by Mercury. Based on these findings, the court confirmed that "Mercury's refusal to accept the release ... or, at least, to present ... in a timely fashion a revised release ... was unreasonable." Accordingly, the court affirmed "the referee's finding that Mercury breached its duty of good faith and fair dealing and that, as a result, it was liable for the amounts of the judgment entered against its insured."

While Barickman was decided in the context of an automobile liability policy and involved specific settlement language regarding restitution, its implications are not so limited. Barickman clearly confirms that a timely policy limits settlement offer does not automatically insulate an insurer from bad faith liability. Indeed, an insurer must make all reasonable efforts to settle a third party's lawsuit against its insured, which includes seeking clarification regarding settlement offer details and exploring settlement possibilities with a view toward resolving the third party lawsuit.