The life cycle of a State Bar complaint 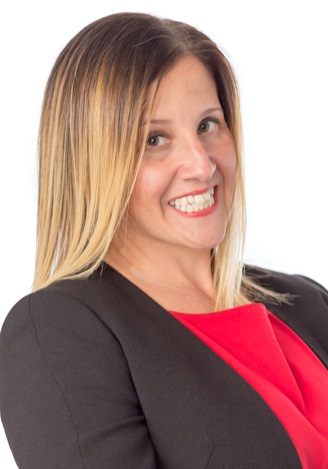 You may have a distant memory of studying the Model Rules of Professional Conduct in law school, but chances are that you never learned about California's Rules of Professional Conduct or the State Bar discipline process, which enforces those rules. You also likely did not learn about the frightening, possible consequences of violating those ethical rules - losing your license and paying thousands of dollars in disciplinary costs. As the bar discipline process is generally unknown to attorneys who have not been investigated or disciplined, below is an overview of what happens when a complaint is filed.

Like your favorite "Law & Order" series, the bar discipline process involves investigators, prosecutors, judges and probation deputies. The investigators and prosecutors (trial counsel) are part of the Office of Chief Trial Counsel (OCTC). Their job is to determine whether there is clear and convincing evidence that an attorney (respondent) committed an ethical violation and, if so, whether to seek discipline. Discipline consists of private and public reprovals, stayed and actual suspensions, and disbarment.

The State Bar court system is comprised of a trial department (the Hearing Department), and an appellate department (the Review Department). In addition to recommending or ordering discipline, the court may resolve a matter with an admonition, which is not discipline. The California Supreme Court must approve judicial recommendations for any level of discipline above a public reproval.

The Office of Probation, which is staffed by probation deputies, monitors the probation of disciplined attorneys.

A Complaint Is Filed

Anyone can file a complaint with the bar. Common complainants include current and former clients, opposing counsel, banks, courts, other state bars and government agencies.

The OCTC Intake unit assigns an inquiry number to the complaint and conducts an initial review and investigation. Intake will either close the inquiry or refer it to the Enforcement Unit of OCTC.

Once the investigation is complete, trial counsel reviews the evidence collected to determine the next steps. The complaint will be closed absent clear and convincing evidence that respondent committed an ethical violation. If the complaint is closed, the complainant may opt to go through the audit and review process.

Trial counsel's determination that there is clear and convincing evidence of an ethical violation triggers multiple options for trial counsel to pursue depending on the seriousness of the violations. For example, if there is clear and convincing evidence of a minor ethical violation, a warning letter will be sent to respondent. A warning letter is not discipline, and will not appear on the bar website.

If there is clear and convincing evidence of a slightly more serious ethical violation, trial counsel may ask respondent to sign an Agreement in Lieu of Discipline (ALD), in which respondent must admit to the ethical violation and agree to a period of probation. An ALD is not discipline and will not appear on the bar website.

If no ALD is signed, or if there is clear and convincing evidence that respondent committed serious ethical violations, trial counsel will mail a Notice of intent to File Disciplinary Charges to respondent. The Notice lists the intended charges and apprises the respondent of the right to an Early Neutral Evaluation Conference (ENEC), which is essentially a settlement conference. If respondent wishes to participate in an ENEC, respondent must make a written request for an ENEC to the Hearing Department within 10 days from the date of the Notice.

In the ENEC, the settlement judge, who will not be the trial judge, evaluates the proposed charges along with any possible mitigating or aggravating circumstances, and opines as to the appropriate level of discipline, if any. If respondent settles at this pre-filing stage, disciplinary costs will be assessed at the lowest statutory level.

If the case does not settle, trial counsel will file a Notice of Disciplinary Charges (NDC) with the Hearing Department containing separate charges for each alleged ethical violation. Respondent must file a response or a motion to dismiss. No demurrers or summary judgment motions are allowed. Failure to file a response to the NDC may lead to an entry of default, and disbarment if the default is not set aside.

If respondent files a response, the trial judge will either set a trial date, or transfer the case to the Alternative Discipline Program (ADP), a nontrial path available to some respondents with substance abuse or mental health issues. Respondents are able to participate in the ADP must enroll in the Lawyers' Assistance Program, stipulate to facts and ethical violations and appear for regular status conferences with the ADP judge. The ADP runs between 18 and 36 months. The benefit of the ADP is that respondents can receive a lower level of discipline if they successfully complete the ADP.

If the case proceeds down the trial path, limited discovery is available: In most cases, only a request for production of documents. Court orders are required, though rarely granted, to conduct post-filing depositions or to serve interrogatories or requests for admission.

Prior to trial, the parties may participate in another settlement conference, exchange exhibits and pretrial statements and appear for a pretrial conference. At trial, trial counsel must prove the charged ethical violations by clear and convincing evidence. The parties present aggravation and mitigation evidence, and hearsay is generally allowed. Closing arguments and/or closing briefs may be required. The Hearing Department will issue a decision within 90 days of submission.