Congress, it’s about time to get rid of that stupid means test

The main effect of the means test is that it has increased the amount attorneys charge consumer filers since the form requires detailed information, not relevant in my opinion, other than to see if the debtor passes the means test. 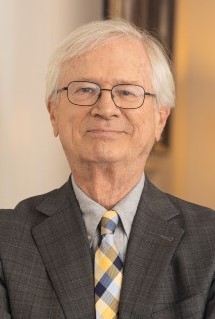 I met with my best friend Jim King, consumer bankruptcy attorney extraordinaire, during the Thanksgiving break in 2014, several weeks before his untimely death. We met at his office in Glendale to do his oral history. Somewhere in there I told him he could borrow my Elder Wand and use it to get Congress to make some changes in the Bankruptcy Code. He said, "well, the first thing is to get rid of that stupid means test."

Let's start at the beginning. In 1984, Congress amended the Bankruptcy Code adding Section 707(b) which provided that the court could dismiss a Chapter 7 case "if it finds that the granting of relief would be a substantial abuse of the provisions of this chapter." Of course they gave us no hint of what a substantial abuse might look like.

In 1988, the 9th U.S. Circuit Court of Appeals gave us some help in the famous -- and still good law -- case of In re Kelly, 841 F.2d 908 (9th Cir 1988). There the 9th Circuit told us that "the debtor's ability to pay his debts when due, as determined by his ability to fund a chapter 13 plan, is the primary factor to be considered in determining whether granting relief would be a substantial abuse." Of course bad facts make bad law. In Kelly, the debtor, an attorney with good income apparently, paid every single debt he had except one, immediately prior to filing his Chapter 7. The one remaining creditor had been successful in getting a $21,000 judgment against Kelly who was determined not to pay it. Substantial abuse? Duh! The Kelly rule morphed into a general rule that the ability to pay some meaningful portion of your debts from your current income constitutes substantial abuse.

The bankruptcy schedules filed in every individual case include a statement of income and expenses, what we colloquially call the "I" and "J." If the net from the I and J is a positive number, there is concern that some creditor or the U.S. trustee will move to dismiss the case as a substantial abuse. A "large" monthly net income will certainly get the interest of the U.S. trustee's office. "Large" is at least in the hundreds of dollars.

Of course attorneys can be pretty creative with the I and J and bankruptcy judges can be pretty sympathetic to the plights of the debtor resulting in -- supposedly -- lots of abusive cases sneaking through. Note, that sentence is total sarcasm.

So in 2005, Congress listened to the entreaties of the credit card and vehicle lender industries, reduced "substantial abuse" to simple abuse, and gave us the means test, Section 707(b) -- 2,532 words, thank you. In short, after 2005, if the debtor has the "means" to pay some meaningful portion of his or her debt, he or she should file Chapter 13. Huh? Wasn't that the rule anyway? Well the credit industry convinced Congress that there should be a mandatory, very specific, non-optional computation of the debtor's ability to pay so that all these ne'er-do-well lawyers can't cheat the system any more.

The first few drafts of what became the 2005 amendments provided that the means test would consist of the debtor's income, less expenses pursuant to certain IRS charts. That was pretty scary because the IRS charts are pretty dismal. Based on the charts, most families would be "allowed" monthly expenses of not more than a few thousand dollars, irrespective of the actual expenses. We feared Chapter 7 might actually go away from a practical standpoint.

But of course as part of the process, Congress began adding amendments to the amendments. The final draft contained probably 30 to 40 additional "expenses" that would be "allowed" in addition to the IRS charts. The most amazing additional expense to be allowed was all payments to be made to secured creditors. There was (and is) no limit to the amount of the secured payments. Whatever the actual amounts are, that amount reduces the debtor's income to determine whether the debtor can afford to pay some meaningful portion of his debts.

So the debtor with an $8,000 house payment, four vehicle loans, payments on jet skis and RVs, can and will reduce his income by the full amount of the monthly payments to determine whether he has the means to pay his creditors.

The reality today is that the people who do not pass the means test are usually persons with healthy monthly income, meaning roughly $5,000 to $6,000 or more, but no secured debt. Persons with huge income and huge payments to secured creditors pass -- easily.

The determination of whether a debtor "passes" the means test is made via a form of course, Official Form 122A-2. That is a nine-page form that I have said many times I couldn't fill out myself without a computer program. The form ends with "if Line 39d is less than line 41b," there is no presumption of abuse, bureaucracy at its best.

What about the amounts of the secured payments? Sounds like you can deduct your $500 car payment. Makes sense if we are trying to figure out how much you can afford to pay to your creditors each month. Nope. The debtor must add the total payments to be made in the next 60 months and divide that by 60 to get the "monthly payment." So if the $500 payment will end in a year, the deductible monthly payment for the means test is $500 times 12 divided by 60, or $100. That is the amount deducted to figure out how much you can pay your creditors! Of course, the debtor still must pay the $500 each month or lose the vehicle.

There are a few notable deductions not provided by Congress. For example, there is no deduction for income or property taxes in Section 707(b). Fortunately whoever created the "official" form put in a line for income taxes. Real estate taxes -- not deductible. Line 16 on page five if you are interested.

So where are we today? I haven't seen more than one or two motions to dismiss for abuse under 707(b) since 2005. That is, I'm sure, in part because attorneys don't file cases that don't pass the means test, most of which would not have been filed anyway because of the Kelly test. But it is also because very few people fail the means test. That is also in part because persons whose income is below the median income in the state automatically pass which is a lot of people.

The main effect of the means test is that it has increased the amount attorneys charge consumer filers since the form requires detailed information, not relevant in my opinion, other than to see if the debtor passes the means test. The best example is the actual income for the past six months -- which changes by the way for each month that goes by while the client is putting together the information. It makes the advice given by the consumer bankruptcy attorney much more complicated because sometimes the person doesn't pass the means test when you expect they would. Sometimes they are above the median in the state when you did not expect that. So you have to say things like, "you probably qualify -- get me a whole bunch of information and I'll let you know."

I'm crossing my fingers that since Congress is actually looking at the Bankruptcy Code with the new financial crisis we are in these days, they will pitch out the means test. It can't hurt to hope. 