On Sept. 25, the Judicial Council of California approved an amendment to California Rule of Court 10.469 to make education on unconscious bias, as well as on the prevention of discrimination and harassment, mandatory for judicial officers. 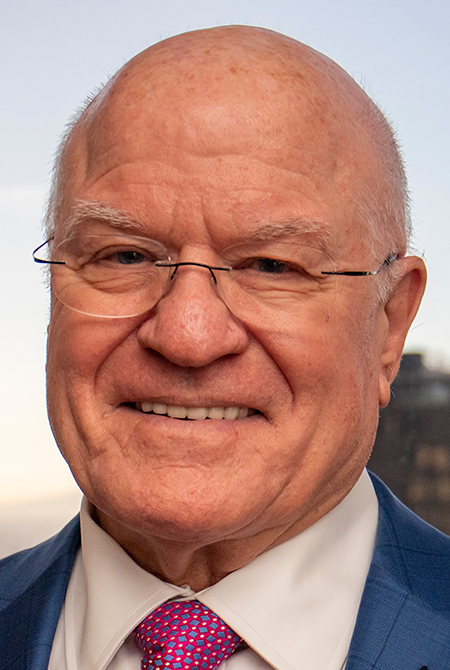 Patrick is a mediator at ADR Services Inc. and is a member of the Judicial Council. Previously, he was the managing partner for the Western Region of Wilson Elser and president of the California Bar (2012-2013).

On Sept. 25, the Judicial Council of California approved an amendment to California Rule of Court 10.469 to make education on unconscious bias, as well as on the prevention of discrimination and harassment, mandatory for judicial officers. The rule is effective Jan. 1, 2021. The amended rule does not increase the 30 hours of education that judicial officers are required to receive every three years; it adds these two sets of topics to the content-based requirements. The content has already been incorporated into much of the existing judicial education.

The Judicial Council's Center for Judicial Education and Research (CJER) Advisory Committee proposed this amendment to the Judicial Council in response to recommendations by the Work Group on the Prevention of Discrimination and Harassment. The work group, co-chaired by Presiding Justice Brad R. Hill of the 5th District Court of Appeal and Judge Stacy Boulware Eurie of the Sacramento County Superior Court, was convened by Chief Justice Tani G. Cantil-Sakauye in 2018. The chief justice appointed the work group to identify and make recommendations to the Judicial Council to improve how judicial branch entities prevent and address harassing, discriminatory, and inappropriate workplace conduct based on a protected classification.

As it was originally written in 2008, Rule 10.469 recommended that judicial officers have education on "race and ethnicity, gender, sexual orientation, persons with disabilities, and sexual harassment." The Advisory Committee did not believe that simply adding the categories of "retaliation" and "inappropriate workplace conduct" to the rule would adequately meet the work group's recommendations. The committee concluded that making the training mandatory would be the optimal approach to demonstrate the judicial branch's commitment to a workplace free of sexual harassment and discrimination.

When the amendment was approved at the Judicial Council meeting on September 25, the chief justice remarked that she was proud of the judicial branch for taking this step. My experience as a member of the Judicial Council leads me to believe that the chief justice spoke for the entire branch and its justice partners to express the shared commitment to fairness in judicial decision-making and civility in the judicial branch workplace.

Although judicial education in California has included for many years education on bias, fairness, access to justice, and the prevention of workplace discrimination and harassment, it is gratifying to see this education reflected formally in the California Rules of Court. 