On Sept. 23, the Securities and Exchange Commission adopted certain amendments to the procedural requirements and resubmission thresholds under Rule 14a-8 of the Securities Exchange Act of 1934 governing shareholder proposals. 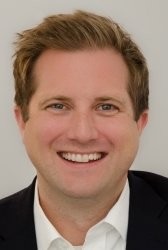 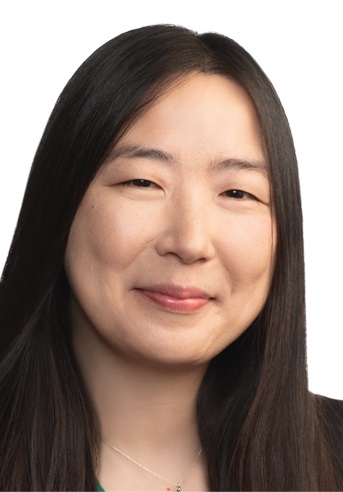 Cara is a counsel in the firm's corporate group. Based in Northern Virginia, she has significant experience in corporate governance matters, equity and debt financings and mergers and acquisitions, representing emerging growth companies and venture capital investors.

On Sept. 23, the Securities and Exchange Commission adopted certain amendments to the procedural requirements and resubmission thresholds under Rule 14a-8 of the Securities Exchange Act of 1934 governing shareholder proposals. Despite some concerns raised during the comment period that the amendments would negatively impact the ability of smaller shareholders to participate in the shareholder proxy process, we agree with the commission that the updated rules strike the proper balance between allowing shareholders to submit proposals for inclusion in the company proxy statement, and protecting the interests of shareholders and the company who are ultimately responsible for absorbing the cost of consideration of these proposals.

The procedural amendments to Rule 14a-8 include changes to the ownership thresholds required to submit a shareholder proposal for inclusion in the proxy statement, including: (i) the amount of securities owned (based on investment amount) and length of ownership; (ii) elimination of the rule allowing proposals by holders of one-percent or more of a company's shares; and (iii) a prohibition on aggregation of shareholders' securities to meet the ownership thresholds. The amendments to the resubmission thresholds increase the required minimum percentage of votes cast in favor of prior submissions that were rejected, in order to be resubmitted for approval in the proxy statement.

The commission's recent focus on modernization of the rules and improvement of the proxy process led to the adoption of the amendments to Rule 14a-8. In its press release, the commission notes that the amendments address "significant changes in communication methods and technology, as well as the methods investors, particularly retail investors, use to access our markets in the 20 years and 75 years since the initial and resubmission thresholds were last revised." Shareholders today have the advantage of email, social media and other avenues of communication and advocacy that were not available at the time the existing thresholds were adopted and revised. Additionally, Commissioner Roisman noted that the amendments to Rule 14a-8 would "ensure that shareholder-proponents demonstrate a sufficient economic stake or investment interest in a company before they are able to submit proposals to be included in a company's proxy statement, paid for by all shareholders."

The amendments to the ownership thresholds for initial submissions replace the current threshold that requires a shareholder to own $2,000 or 1% of a company's securities for at least one year to be eligible to submit a shareholder proposal with the following new tiered thresholds:

• $2,000 of company securities for at least three years

In addition to these new tiered thresholds, shareholders will no longer be able to aggregate their holdings with other shareholders in order to meet applicable ownership thresholds. Allowing aggregation would nullify the objective of the new thresholds, which reflect the commission's belief that shareholders and companies are best served by including shareholder proposals in the company proxy statements from shareholders with sizable economic stakes and those who have shown "investment interest" in a company based on the length of their investment. Those shareholders are likely to submit proposals more in line with the interests of the company and the shareholders generally, rather than proposals reflecting "personal interests or general causes."

With respect to the resubmission threshold amendment, some who opposed the amendment argued that ultimate approval of a proposal is not the only benefit of a resubmission, and that in fact, significant shareholder support of a proposal, even if it ultimately fails to pass with a majority approval, can still have the effect of drawing the attention of management and the board. A proposal that receives 30% shareholder support may not pass via the proxy process, but it may be substantial enough to management and the board to warrant a discussion on the proposal. The commission did not disagree with these commenters, but felt that the new thresholds offered the same indication of success for this type of resubmission outcome as they did for ultimate passage of a proposal.

The views and opinions expressed in this publication are those of the authors and do not purport to reflect the views or opinions of VLP Law Group LLP.