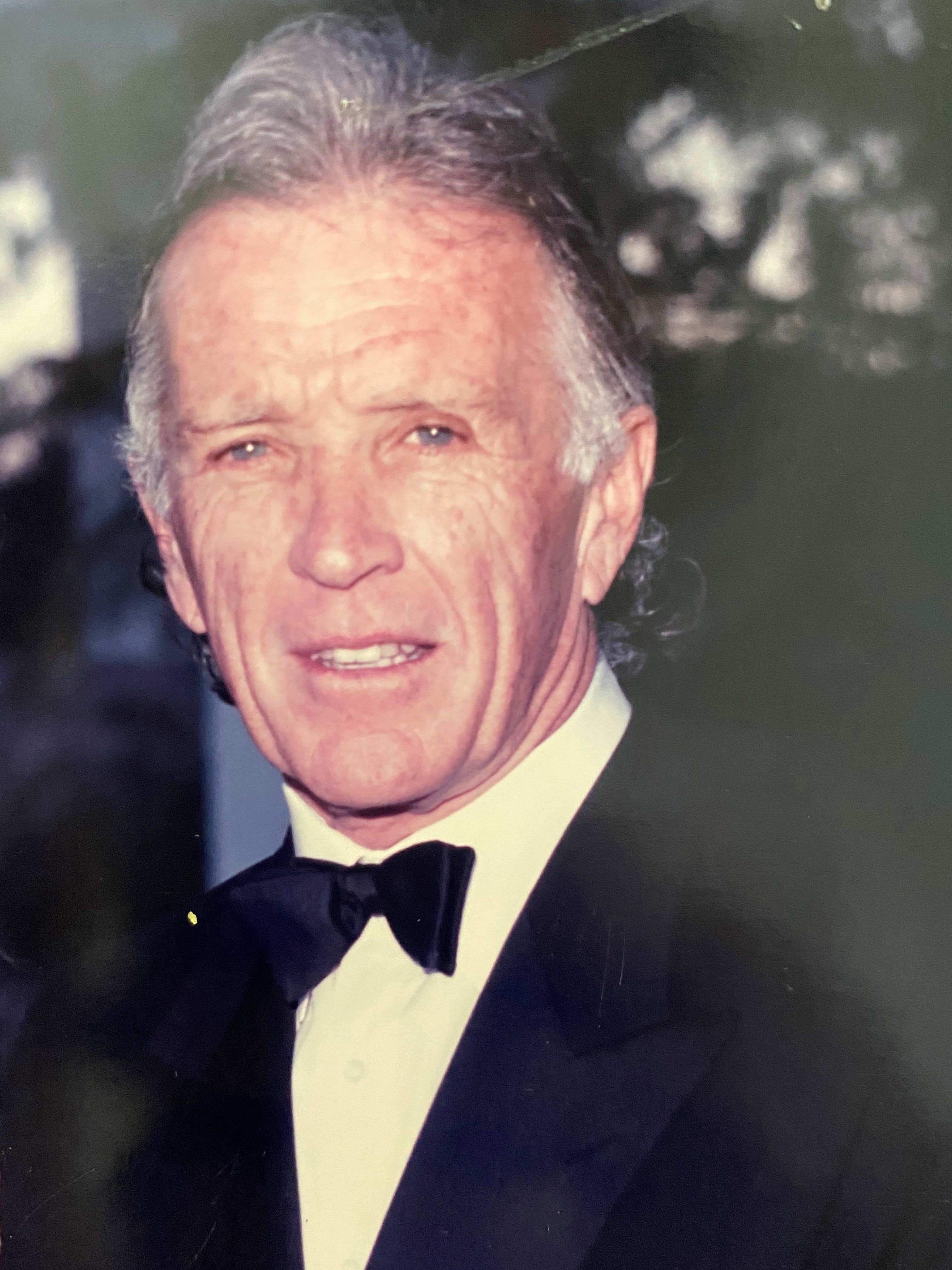 LOS ANGELES - Rick Guerin, who grew up in the Great Depression before helping to build a business empire that included the Daily Journal Corporation, died Tuesday. He was 90.

"He was a self-made man," his friend Charlie Munger said. "Rick had to raise himself. He worked his way through college. From that background, he became this very prosperous, very distinguished and very generous man."

"He succeeded because he was ferociously smart," Munger continued. "When Rick took the Navy's general intelligence test he finished early with an off-the-chart score. That's unheard of."

Guerin spent much of the last two decades serving as a reserve officer for the Los Angeles police and sheriff's departments, and he was as comfortable in a squad room as he was in a boardroom. He volunteered as much as 90 hours a month even though the reserve program only asked for a commitment of 8 hours. He took police officers on vacation, and celebrated with them their birthdays, retirements and other milestones.

"We joked that Rick probably made more money in a day than we made in five years but he rolled up his sleeves and was in the trenches with us," said retired LAPD Detective Gil Escontrias. "He wasn't a guy who showed up on Thanksgiving Day and plopped some mashed potatoes on a plate and claimed to be a social warrior."

Guerin championed a program for helping the police better deal with people suffering from mental health issues. He paid for officers to receive special training. He bought the bicycles for the LAPD to start a bicycle patrol unit and therapy dogs for first responders. He paid for mentally ill children in detention to receive Christmas gifts each year and threw an annual Memorial Day barbecue for veterans suffering mental health issues. He started a program called Boots to Suits to provide professional clothing for veterans entering the civilian job market.

"He liked helping people who needed help, who had no one else to turn to," retired Los Angeles Police Officer Beverly Beasley said.

J.P. "Rick" Guerin was born in Los Angeles in 1929. He began working at the age of 6, delivering ice and newspapers. He graduated from Loyola High School in Los Angeles at 16 and lied about his age to join the Navy. He was deployed to the South Pacific at the end of World War II but saw no action.

In the military, Rick was a code breaker before training as a fighter pilot. Despite the GI Bill and side jobs in construction, modeling and ski patrol, Rick could not afford to attend medical school, as was his dream. After graduating from UCLA, he accepted a job with IBM and pursued a career in money management.

Guerin soon joined with Charlie Munger and Warren Buffett in ownership of See's Candy and other public companies. He served as chairman of the Pacific Coast Stock Exchange, chairman of Pacific Southwest Airlines and as vice chairman of the Daily Journal Corporation.

"We met on the opposite sides of a deal in January of 1962," Munger recalled. "And Rick quickly realized he was on the wrong side. From there we did a lot of deals as co-venturers."

Guerin felt passionate about Marlborough School in Hancock Park, enrolling three of his daughters in the middle and high school, where he served as a trustee for more than 30 years. Rick also helped found Tapestry Films, which produced "Point Break," "Pay it Forward," and "Wedding Crashers."

Guerin shared his passions for skiing, horses, cycling, tennis, running, scuba diving and an all-around love for the outdoors, with his large family and was deeply engaged in the community.