A recent Supreme Court ruling may give oil companies an advantage when it comes to removing climate change lawsuits to federal court. Darrin's practice includes environmental compliance and permitting, with a focus on air and climate issues. 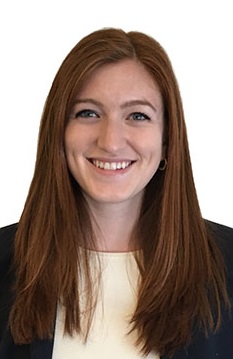 Monica is an associate in the firm's Natural Resources department.

On May 17, the U.S. Supreme Court issued a 7-1 decision in BP P.L.C. v. Mayor and City Council of Baltimore, 2021 DJDAR 4717, that may give fossil fuel companies the upper hand in the slew of recent climate change cases filed across the country. BP P.L.C. is one of many cases filed against fossil fuel companies alleging various state law claims for the companies' negative impacts on climate change. The Supreme Court's recent decision gives these companies a procedural advantage that makes litigating these cases in federal court more likely -- a forum that may be more favorable for defending against the plaintiffs' public nuisance claims.

Over the past few years, different states, cities and counties across the country, such as Rhode Island, San Mateo County, and the cities of Oakland and Boulder, have filed various state law claims, including claims for public nuisance, against fossil fuel companies like ExxonMobil and Chevron, arguing that their practices and knowledge of climate change have interfered with public health and safety. The companies have then typically removed these cases to federal court, presumably because public nuisance claims have not fared well in federal forums after the Supreme Court's 2011 decision in AEP v. Connecticut, 564 U.S. 410, where the court found that federal common law provided a potential avenue for climate lawsuits, but then ruled that the Clean Air Act displaced federal common law in that case. Most of the federal district courts, however, have remanded the cases back to state court for various reasons, including that no federal issue, such as foreign policy or a federal regulatory scheme, existed to warrant federal jurisdiction.

BP P.L.C. followed a similar course. After the federal district court determined that none of the companies' grounds for removal justified retaining federal jurisdiction, it remanded the case back to state court. The companies appealed the remand decision to the 4th U.S. Circuit Court of Appeals, and it is the scope of the 4th Circuit's review that became the central issue for the Supreme Court in this case.

Generally, federal appellate courts lack the authority to review a district court's remand decision. However, under an exception in 28 U.S.C. Section 1447(d), a remand order is reviewable if the case was removed under the federal officer or civil rights removal statutes. The oil companies had indeed argued for removal under the federal officer removal statute, contending that the city of Baltimore based liability on "activities undertaken at the direction of the federal government" because the fossil fuel companies had entered into a series of fuel supply and petroleum reserve agreements with the U.S. Navy and held federal offshore drilling leases. The oil companies also argued that remand was proper for a host of other reasons.

The 4th Circuit interpreted the exception under 28 U.S.C. Section 1447(d) to mean that it only had the limited authority to review the part of the district court's order discussing the federal officer removal statute and not the other grounds for removal argued for by the oil companies. The 4th Circuit thus refused to consider any other grounds for removal and affirmed the district court's order regarding the federal officer statute removal ground. It is this narrow issue, whether the exception under 28 U.S.C. Section 1447(d) allows a federal appellate court to review an entire remand order or just the portion dealing with the federal officer removal statute, that the Supreme Court examined here.

The Supreme Court, disagreeing with the 4th Circuit, held that a federal court of appeals may "review the merits of all theories for removal that a district court has rejected" and not only arguments under the federal officer or civil rights removal statutes.

Justice Neil Gorsuch, writing for the Supreme Court, relied solely on the plain text of Section 1447(d) and Supreme Court precedent. According to Gorsuch, the language of Section 1447(d) -- " an order remanding a case to the State court [pursuant to Section 1442 or Section 1443] shall be reviewable by appeal" -- plainly indicates in its use of the word "order" without any qualifications that the exception allows courts to review the whole order rather than a mere portion of it. The court further pointed to its decision in Yamaha Motor Corp., U.S.A. v. Calhoun, 516 U.S. 199 (1996), where the court similarly held that a federal statute using the word "order" allowed courts to review any issue within the entire order.

The city made various arguments in support of a more narrow review of the remand order -- all of which the court rejected. The court disagreed with the city's argument that exceptions to statutory rules should be construed narrowly, noting that the court only need give statutory exemptions a "fair reading" and distinguished all of the cases that the city cited to support its interpretation of Section1447(d). The city's public policy arguments were also unconvincing to the court. The city, and lone dissenter Justice Sonia Sotomayor, warned that allowing appellate courts to review the entire remand order would result in gamesmanship -- defendants would always add a federal officer or civil rights removal ground, whether those grounds were warranted or not, to ensure that all other grounds for remand would also be reviewable on appeal. The court replied that its role was not to assess consequences of an interpretation but to interpret the law based on its plain meaning. The court also noted that both Section 1447(c), which allows a court to order a defendant to pay the plaintiff's costs and expenses if it frivolously removes a case from state court, and Federal Rule of Civil Procedure Rule 11, which allows courts to sanction frivolous arguments, provide enough of a disincentive to prevent any gamesmanship by state court defendants.

Notably, the court explicitly limited its holding to this narrow procedural issue and declined to assess the merits of the defendants' other grounds for removal. Instead, that will be a question for the 4th Circuit to determine when it reassess the entirety of the district court's remand order. The court's decision will give the oil companies more opportunities to argue for removal and thus increase their chances of litigating these cases in federal court. With this newly broadened review authority, the ball is now with the circuit courts to determine how these climate change suits move forward. And if the circuits split again, we may see a future Supreme Court opinion that does delve into the merits of various removal grounds to determine whether these cases belong in state or federal court. 