Until recently, individual states led the initial push to comprehensively regulate per- and polyfluoroalkyl substances. 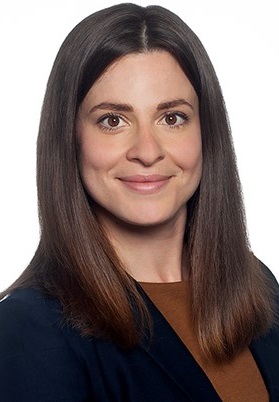 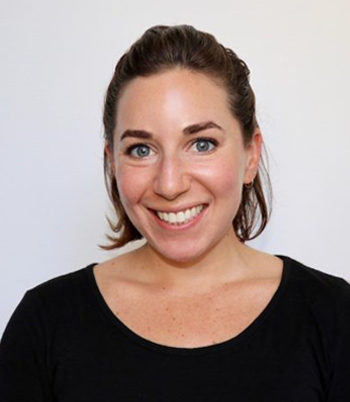 Until recently, individual states led the initial push to comprehensively regulate per- and polyfluoroalkyl substances, collectively, “PFAS,” a group of man-made persistent and bio-accumulative chemicals that includes perfluorooctanoic acid, known as “PFOA,” perfluorooctanesulfonic acid, aka “PFOS,” and GenX, among others, leading to a patchwork of disjointed regulatory requirements throughout the country. While the federal government initiated efforts to regulate PFAS under prior administrations, regulation was primarily sought through the Toxic Substances Control Act supplemented by water quality monitoring. More recent efforts under the Biden administration indicate that the federal government has refocused its attention on PFAS regulation and is taking a broader approach under several federal environmental laws, including the Comprehensive Environmental Response, Compensation, and Liability Act, the Resource Conversation and Recovery Act, the Safe Drinking Water Act, the Clean Water Act, and the Clean Air Act.

The results of these efforts, which could lead to the development of national standards that allow for more consistent compliance approaches by the regulated community, remains to be seen. Several recent federal PFAS regulatory initiatives of the Biden administration and legislation introduced by the new Congress are discussed below.

At his Feb. 3 confirmation hearing, Michael Regan, head of the U.S. Environmental Protection Agency, committed to addressing PFAS as a top priority. Shortly thereafter, on Feb. 9, the EPA announced that it was removing a toxicity assessment for the PFAS compound perfluorobutanesulfonic acid, known as PFBS, from its website based on a determination that the conclusions expressed therein “were compromised by political interference as well as infringement of authorship and the scientific independence of the authors’ conclusions” in violation of EPA Scientific Integrity Policy. Just two months later, on April 8, the EPA released an updated PFBS toxicity assessment, which allegedly addressed the issues. The updated toxicity assessment eliminates the prior “toxicity reference dose range,” which according to the EPA is not a scientifically sound approach, given that a reference dose is used to inform cleanup and drinking water standards. Ultimately, the EPA’s toxicity assessment adopted the lower end of the reference dose range set forth in the withdrawn document.

On April 27, Regan issued a memorandum that recommitted the agency to the PFAS Action Plan adopted by the EPA under the prior Trump administration in 2019. The plan provides both short- and long-term goals and strategies for the EPA to address PFAS. Among the plan’s goals is the development of “reliable and consistent laboratory methods for detecting and identifying PFAS in drinking water,” using EPA Method 533; evaluation and development of SDWA standards for two PFAS — PFOA and PFOS; potential development of a CWA water quality criteria (or objectives, as referred to in California) for PFAS; and addressing PFAS groundwater contamination and the establishment of recommended environmental screening levels, among other priority actions.

On April 9, the Biden administration released a summary of its fiscal 2022 budget request, which seeks approximately $75 million to accelerate toxicity research intended to support the designation of PFOA and PFOS as hazardous substances, which would have wide ranging impacts, including a potential re-invigoration of CERCLA, and development of enforceable drinking water standards. Just days later, on April 13, House Representatives Debbie Dingell (D) and Fred Upton (R), both from Michigan, introduced the bi-partisan “PFAS Action Act of 2021,” which, if adopted, would require the EPA to take numerous significant regulatory actions regarding certain PFAS compounds under nearly all federal environmental laws, including: (1) establishment of national drinking water standards under the SDWA; (2) designation as a hazardous substance under CERCLA; (3) designation of certain PFAS as hazardous air pollutants under the Clean Air Act; (4) creation of labelling requirements regarding a product’s PFAS content; and (5) establishment of CWA effluent limitations, pretreatment standards, and water quality criteria, among other regulatory priorities.

The PFAS Action Act of 2021 is the most comprehensive federal PFAS bill developed to date, and is anticipated to face significant opposition in the Senate. If signed into law, the bill would have wide-ranging impacts on industrial operations in the United States, including a potential need for the inclusion of PFAS in ongoing CERCLA remediation, the addition of new contaminated sites to the CERCLA National Priority List, and related litigation.

To date, most EPA efforts on PFAS regulation and management were pursuant to TSCA, and reach as far back as 2002. These efforts, while laudable, were focused primarily on notification and cataloguing PFAS use in the United States. However, on April 27 the EPA announced policy shifts in its management of PFAS, including enhanced review of PFAS entering the U.S. market. Historically, the federal government permitted new PFAS compounds to enter the market through Low Volume Exemptions, known as LVEs, which exempt low-volume chemical substances from full premanufacture notice review under TSCA.

The EPA will now use the New Chemicals Review Program, mandated by Section 5 of the recently overhauled TSCA, to revise its strategy for the review and management of LVE requests. According to the EPA, this revised approach is necessary, given the scientific complexities implicated by assessing PFAS, and the associated difficulties in “conduct[ing] an appropriately robust review of LVE requests for PFAS in the 30 days the regulations allow.” While the EPA will continue to assess LVE requests for PFAS on a case-by-case basis, the agency anticipates such requests will be denied. According to the EPA, “[g]iven the complexity of PFAS chemistry, potential health effects, and their longevity and persistence in the environment, an LVE submission for a PFAS is unlikely to be eligible for this kind of exemption under the regulations.”

Under the revised LVE approach, the EPA will deny an LVE request if the agency finds the covered compound: (1) may cause serious human health effects; (2) may cause significant environmental effects; or (3) when issues concerning toxicity or exposure require review that cannot be completed within 30 days of LVE receipt. Additionally, the EPA announced an intention to work cooperatively with companies for voluntarily withdrawal of previously granted LVEs. A similar 2016 outreach effort resulted in companies withdrawing more than half of the 82 long-chain PFAS LVEs that existed at that time.

Regulation of PFAS in Drinking Water

The SDWA requires that the EPA issue a new list of 30 unregulated contaminants to be monitored by public water systems every five years. To date, the majority of SDWA regulatory activity aimed at PFAS in drinking water has centered on these monitoring efforts, which the EPA first initiated in 2012, and the issuance of PFAS public health advisories. However, now the Biden administration has taken additional actions, including the re-issuance of final regulatory determinations for contaminants on the fourth Contaminant Candidate List, including PFOA and PFOS, allowing the EPA to proceed with development and implementation of national primary drinking water regulation for these two PFAS compounds, which will likely result in the establishment of federal maximum contaminant levels. The EPA will also continue its efforts to monitor PFAS in drinking water under the proposed Fifth Unregulated Contaminant Monitoring Rule, published on March 11.

Recent federal activity in the emerging contaminants arena suggests the imminent regulation of PFAS is likely under a multitude of EPA programs. The effect of these regulatory efforts remains to be seen, including whether the developments will result in more consistent regulatory standards, particularly as some states, like California, seem poised to continue or expand their aggressive efforts to develop PFAS control measures that may exceed any standards promulgated by the federal government. However, statements from the Biden administration EPA indicate that comprehensive PFAS risk evaluation and regulation will remain an active focus of the federal environmental arena. 

Overhaul of DTSC, along with other environmental bills, await governor’s approval