The State Bar’s paraprofessional program is unlikely to minimize the justice gap and will result in individuals with insufficient training providing inadequate legal services. 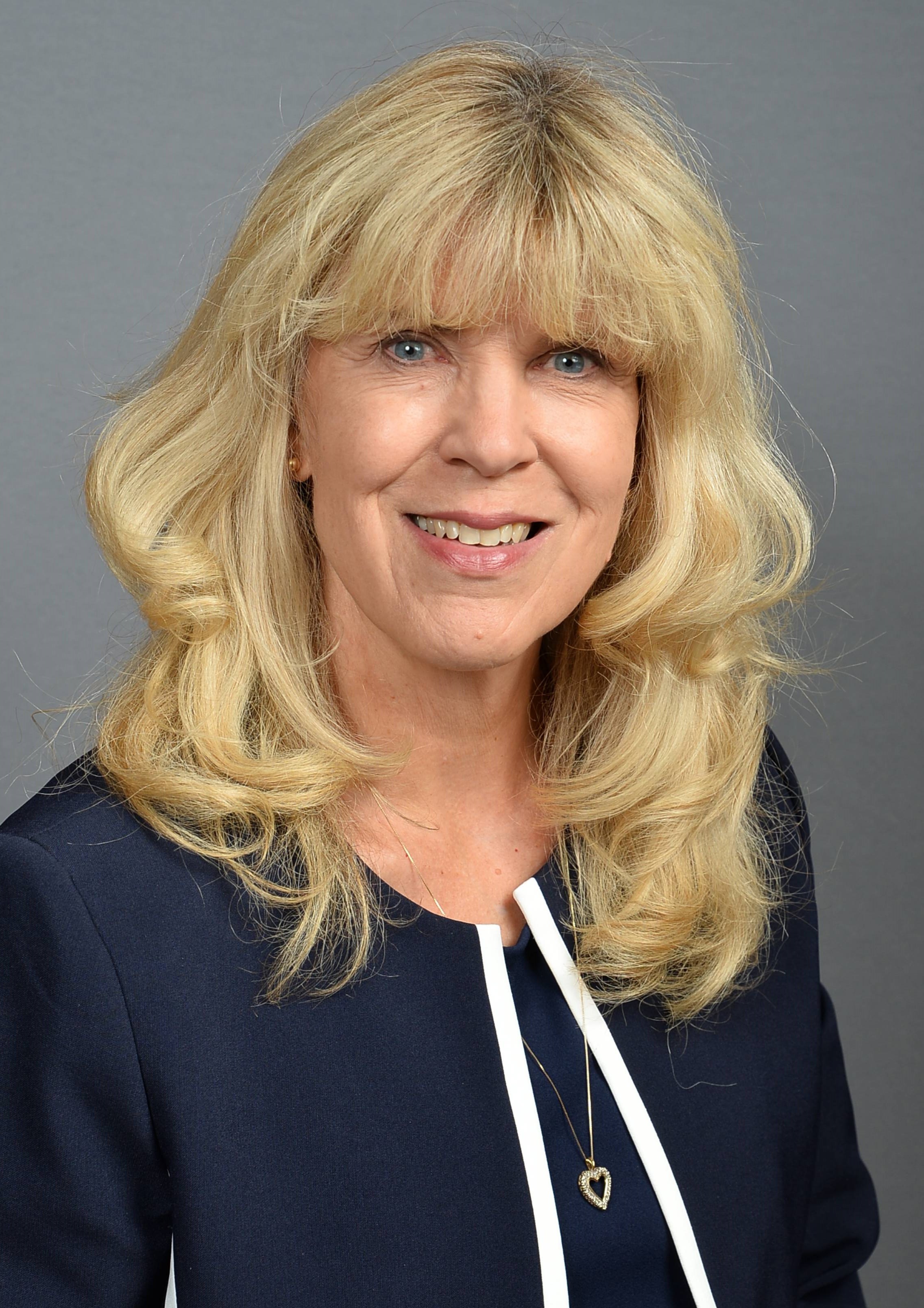 Erin is a former State Bar prosecutor with over 18 years' experience handling all types of attorney discipline cases, who now specializes in ethics consultations, moral character determinations and aggressive State Bar defense. Her office is in Pasadena, but she is available all over California to aid lawyers. If you have a question, don't hesitate to ask ... 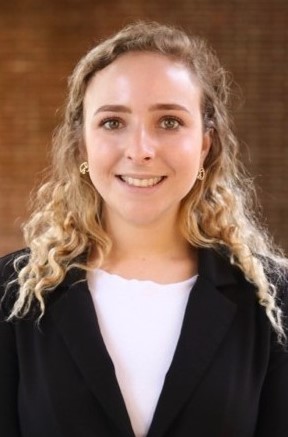 Raquel is a graduate of USC Annenberg School of Journalism, who is planning to attend law school.

The California legal system's priority has always been public protection. However, according to the California Justice Gap survey, Californians received no or insufficient legal help for 85% of their civil legal issues. To address the justice gap, multiple working groups within the State Bar of California are recommending substantial changes to law and regulations that would allow nonattorneys, including so-called "paraprofessionals," to practice law and invest in law firms. Nonetheless, the State Bar's paraprofessional program is unlikely to minimize the justice gap and will result in individuals with insufficient training providing inadequate legal services.

The State Bar tasked the California Paraprofessional Working Group with providing recommendations for a program that would allow paraprofessionals to practice law in March 2020. Then, in September 2021, CPPWG delivered its final recommendations to the board in a nearly 1,500-page report. In this program, paraprofessionals would be licensed by the State Bar and practice in designated areas of law. They could potentially share fees with lawyers, own up to 49% of law firms, and represent some clients in court. Supporters of the program point to successful, comparable programs in Ontario, Canada, and note that states such as Utah and Arizona will begin licensing paraprofessionals as well. Notably, however, the Washington Supreme Court canceled a similar program after spending $1.4 million.

The State Bar Board of Trustees also organized the Closing the Justice Gap Working Group, which aims to explore innovations to increase access to justice. This working group is responsible for researching the development of a regulatory sandbox, recommending amendments to the Rule of Professional Conduct 5.4, and gathering public input on its proposals. It will make its final recommendations to the Board of Trustees in late 2022.

Unfortunately, there is no reason to believe that the working groups' proposals will relieve the justice gap and provide more legal services to underserved communities. First, the recommendations do not require paraprofessionals to offer low-cost representation. In addition, the CPPWG recommended against fee caps on what paraprofessionals may charge their clients. Without a limit on what a paraprofessional can charge, the public may end up paying as much for a paraprofessional's services as they would for a lawyer with proper training. The lack of a proposed fee cap for the new lower-level licensees makes it clear that this proposal is not about helping underserved communities.

The proposed changes to the Rules of Professional Conduct and new Rules of Paraprofessional Conduct do not support public protection. As it stands, Rule of Professional Conduct 5.4 is intended to protect the integrity of the attorney-client relationship and ensure the attorney's duty of loyalty to protect clients' best interests. The proposed changes to Rule 5.4 would allow nonattorney ownership of firms. Another possible amendment to 5.4, allowing paraprofessionals to engage in fee sharing, will threaten the loyalty that attorneys owe their clients. The financial incentives of nonattorneys who are unknowledgeable of professional responsibility will supersede client interests. Even if affordable paraprofessional representation was made available, these nonattorneys may not be able to advise their clients properly. Paraprofessionals will not be required to undergo the training that law students do before providing services, nor will they have to pass the bar exam to ensure minimum competence. These watered down education and training requirements will dilute the paraprofessionals ability to represent clients thoroughly.

Furthermore, the proposed rules have been clearly rushed. It is as if the committee searched and replaced the words "lawyer" with "licensed paraprofessional." In particular, references that are crucial to understanding the rules, including to critical sections of the State Bar Act, have been removed, rendering these rules unintelligible. For example, all references to Business and Professions Code Section 6068(e) (which defines confidential information) have been deleted. So now the rules related to the duty to maintain client confidences lack definition. More fundamentally, concepts in the rules are difficult for nonlawyers to comprehend, as many are based on decades of case law and attorney-related commentary. For example, although there was a substantial background of appellate case law when rules for attorneys began to include a competence rule, there is an absence of legal context to the proposed paraprofessional competence rule. This lack of legal context makes paraprofessionals especially vulnerable in civil and disciplinary contexts and jeopardizes paraprofessional licensing that would allow them to work unsupervised by an attorney. Many of the rules will also require major changes in statutes before the proposed rules could be operative.

Moreover, the paraprofessional program is likely to spur widespread public confusion, which will harm the individuals it is meant to protect. The proposed rules go far beyond the three proscribed areas of limited legal practice, which creates a problem with enforcement of limitations. It is unclear why there is a comprehensive set of rules outside of the areas that paraprofessionals may practice in during the program's first phase. This is unnecessarily confusing to the marketplace, as consumers will not know what services paraprofessionals can provide. Surely, the public will struggle to differentiate between law firms and firms that provide limited legal services. Allowing attorneys to partner with paraprofessionals could lead to the public believing certain people are qualified to give legal advice on issues outside their scope of even limited competence. Not to mention, allowing paraprofessionals to own up to 49% of law firms would also allow them to profit from areas of law where they are prohibited from providing even limited legal services. The program's purpose seems to be to encourage larger corporations to own and profit from law firms as well as intentionally cause confusion in the marketplace, rather than providing more access to legal services for underserved communities.

Prominent legal organizations have opposed the CPPWG's proposals. Los Angeles County Bar Association President Bradley S. Pauley signed a letter to Justice Ioana Petrou arguing that allowing nonattorneys to practice and own law firms is not an answer to the state's justice gap. The LACBA letter asserts that the CPPWG does not propose allocating additional resources to underserved communities, which should be a priority in addressing the gap. Additionally, LACBA maintains that the program will disrupt the middle-class legal market and demolish essential barriers to the practice of law. Bet Tzedek Legal Services and Public Counsel have also opposed the paraprofessional program. Gina Amato Lough, the supervising senior staff attorney at the Public Counsel Immigrants' Rights Project, shared her belief that the program would widen the justice gap through allowing low-income residents to receive inadequate legal services.

The program is far broader than those being attempted in Arizona and Utah, which necessitates more careful supervision. As the State Bar does a poor job of policing lawyers already, it is unclear how they will properly oversee paraprofessionals. With long case processing times and backlog of unresolved discipline cases, the State Bar currently fails to administer California's legal system. According to the state auditor, the State Bar has gotten worse at investigation and has been disciplining attorneys at a "dramatically lower rate for reasons it cannot explain." The auditor reports that the State Bar's backlog of unresolved discipline cases increased 87% and its case processing times increased 56% between 2015 and 2020. These delays mean that attorneys can still practice law while their cases are pending, which can be dangerous for clients. As such, the State Bar cannot be expected to suitably police the unlicensed practice of law by paraprofessionals who may prey on immigrants and low-income individuals. This will result in widespread abuse of the paraprofessional system, with the victims being those whom the program was intended to benefit.

The program also comes following a period when, instead of focusing on its public protection mission, the State Bar paid its current executive director, Leah Wilson, as a contractor to shepherd in these innovations. Even though State Bar policy prohibits such an executive from conducting business with them for a year after their departure, its trustees granted a policy waiver which allowed Wilson to work on various projects as a contractor. As a contractor, the State Bar did not report Wilson's salary. At a time where the State Bar is under scrutiny because of the Office of Chief Trial Counsel's ongoing failures to protect Californians against lawyers, this action further undermines their commitment to the public.

Lacking safeguards to public protection and fee caps, the State Bar's proposals are unlikely to increase access to justice and will instead perpetuate the system's disparities. Instead of establishing this ill-considered path to justice, the State Bar must focus on licensure, regulation, and discipline of attorneys to ensure public protection. To close the justice gap, the State Bar should fund existing legal aid organizations, encourage lawyers to record pro bono hours, and incentivize law school graduates to pursue public interest careers. There is no shortage of properly trained legal professionals, but they should be made accessible to underserved communities. Although the efforts of those legal professionals and judges who prepared these recommendations are commendable, they will not provide Californians with greater access to justice.