Complex Appellate Litigation Group is new name for boutique that is marking its 10th year. 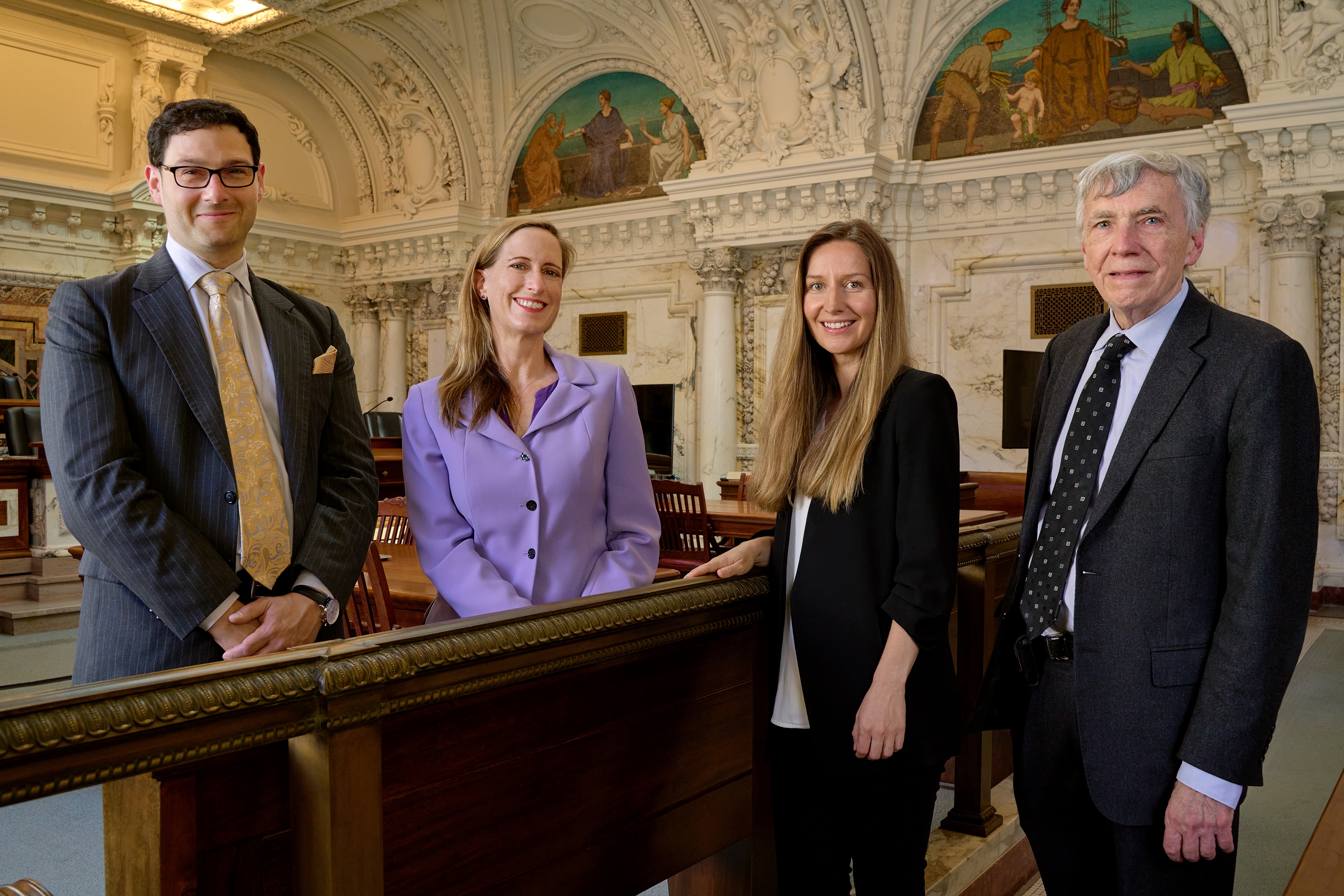 Attorney Ben Feuer and the 20 other lawyers at the appellate boutique headquartered in the Bay Area have decided it's time to change the name on the door.

"This is our firm's 10-year anniversary," Feuer said. "And it really never occurred to us the firm would thrive as tremendously as it has. Every year has been our busiest year ever."

Founded in San Francisco as the California Appellate Law Group LLP in 2012, the firm has since added offices in Los Angeles and San Diego, and explained Feuer -- firm co-founder and chairman -- the attorneys are now working more frequently with clients on matters outside the state.

"When we founded the firm, we thought California would be the biggest market we could ever hope to succeed in," he explained. "The name we had was good, but we reached a point where it was holding us back. ... This new name gives us the flexibility to appear around the country, where we're being asked more and more to appear."

Feuer insisted, however, that the appellate boutique is not lessening its focus on California in any way, but noted further expansion is likely.

"We're in talks with some folks to potentially open offices for us outside of California," he said. "Nothing's final on that yet. These are, obviously, long discussions, but that's something that we're hoping to do."

Launched in San Francisco at a time when Feuer said there were really no other well established appellate-only boutiques in the Bay Area, the Complex Appellate Litigation Group not only handles federal and state appeals and writs for a diverse range of clients -- including corporate giants like AT&T, Apple and Cisco -- but the shop also offers litigation consulting and maintains a robust amicus brief operation. The firm also tackles state and U.S. Supreme Court petitions and briefs.

Last month, in fact, the U.S. Supreme Court granted a certiorari petition written by the firm's bankruptcy specialist, Reno Fernandez, for a case featuring a question about whether an innocent spouse in a bankruptcy proceeding can be held responsible for the other spouse's fraudulent conduct. Bartenwerfer v. Buckley, 21-908.

Fernandez and Anna-Rose Mathieson, who comanages the firm and clerked for Justice Ruth Bader Ginsburg, have been retained as Supreme Court co-counsel. The U.S. high court will likely hear the case this fall.

"The long-established understanding has been that most debts are dischargeable unless they fall within certain specific exceptions, and one of those exceptions is debt based on fraud," Mathieson explained. "In this case, our client did not commit any fraud, and the court found she didn't have any idea the fraud was going on. ... But there was a judgment against her husband for basically failing to disclose some construction problems with a house they sold. The question is: Does the rule that you can't discharge debts based on fraud apply when it's not the debtor's own fraud?"

Like Feuer, Mathieson said a great deal of the satisfaction she takes from her appellate practice stems from her long-standing love of words and storytelling. Mathieson noted that fascination was further fueled by time she spent clerking for Ginsburg in 2005.

"She was utterly meticulous in making sure she chose exactly the right words for every situation -- both in her speech and in her writing," Mathieson said, noting the justice's passion for precision often meant conversations moved at a leisurely pace.

"She'd think everything through as she was talking, which meant this process took a while. It was never a lightning-fast exchange of zingers with her," Mathieson said with a chuckle. "But you could tell she cared about everyone deeply and respected them and wanted to help everyone involved in chambers to succeed."

Mark E. Schiffman, deputy chief legal officer for Fidelity National Financial, Inc., has been sending appeals and writ work to the Complex Appellate Litigation Group for more than a decade, and he spoke very highly of firm chairman Feuer.

"I want to work with the very best, and Ben is the best," Schiffman said. "And his firm is definitely my go-to for appellate work. They're just a wonderful resource."

Schiffman noted that many of the firm's attorneys clerked for state or federal appellate courts in California, and that invaluable experience gives the boutique an advantage over other firms working in the practice area.

"You've got a group of people that are, in my opinion, uniquely situated to know and understand the inner workings of the court, how judges think, how the process works," Schiffman said. "And they just provide a superb product."

Feuer also said that interest in the Complex Appellate Litigation Group's range of specialized services remains incredibly robust, and the firm's future looks brighter than ever.

"Things are very exciting in our practice right now," he said. "And we're always looking for terrific new people because there just continues to be a tremendous amount of demand for our lawyers and our specialty."