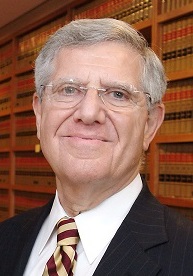 John Sledd visits first to chat about U.S. v. Washington, a case filed out of the 9th Circuit in June, which figures to significantly impact the fishing rights of Native Americans in the Pacific Northwest, and promote the sustainability of salmon populations there, upon which the native tribes rely. Mr. Sledd, of Kanji & Katzen (Seattle) was the lead counsel on the case and argued it before the appellate panel.

David Balabanian, a regular DJ column contributor, then joins to discuss some brief-writing tips featured in his recent columns. He'll say why he thinks some attorneys frequently fail to maximize the most valuable territory in their briefs, and also often disadvantage themselves with the way they cite authority.

State of Washington's building and maintaining of culverts that prevented passage of salmon violates its obligation to Indian tribes under Stevens Treaties.