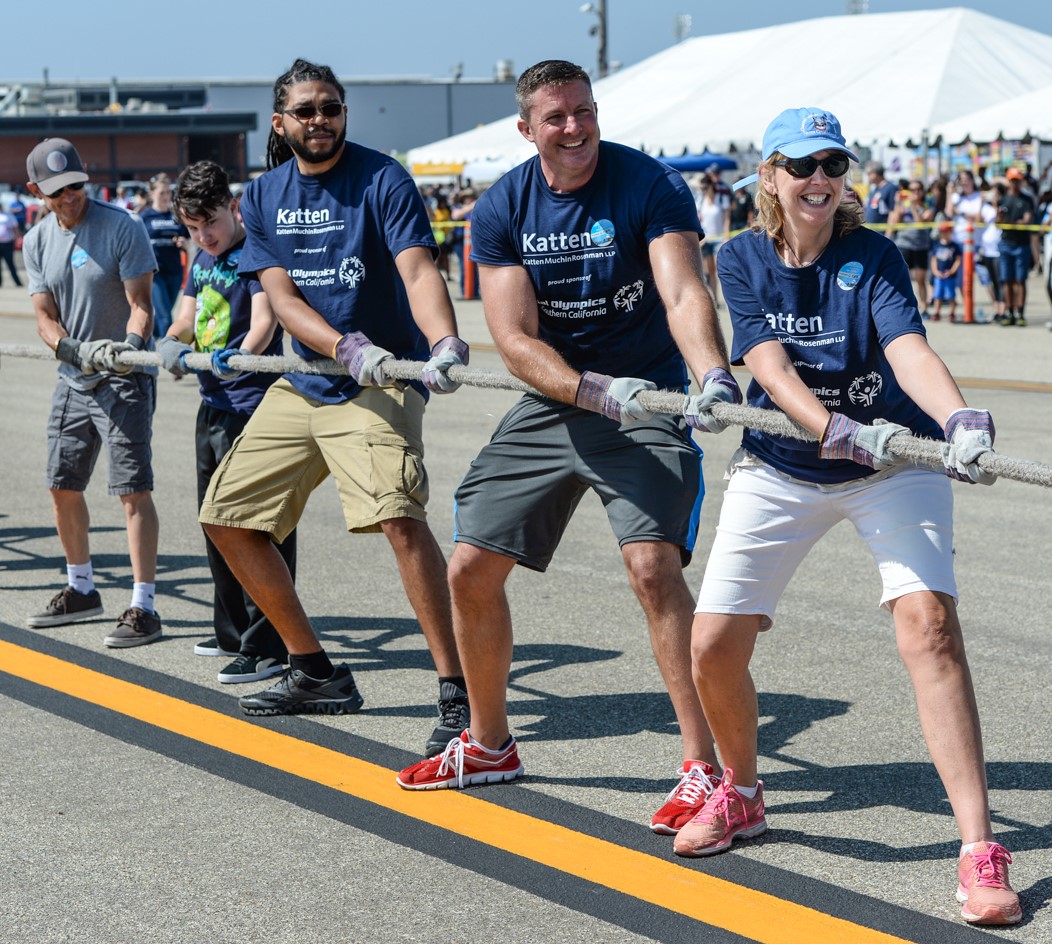 This year’s event featured nearly 40 teams, composed of Special Olympics athletes, volunteers, friends and families competing together to pull a 124,000-pound FedEx aircraft 12 feet in the shortest amount of time.

Co-captained by Rachel Osterbach, a Special Olympics athlete for 25 years and the star of the A&E reality TV series “Born this Way,” the Katten squad pulled the Boeing 757 cargo plane 12 feet in 7.47 seconds. The fastest team, crewed by members of the Los Angeles Sheriff’s Department, managed a time of 5.10 seconds.