As Justice Breyer intimated, a Supreme Court decision allowing employer prohibitions on employee class actions would "overturn ... labor law that goes back to, for FDR at least, the entire heart of the New Deal." 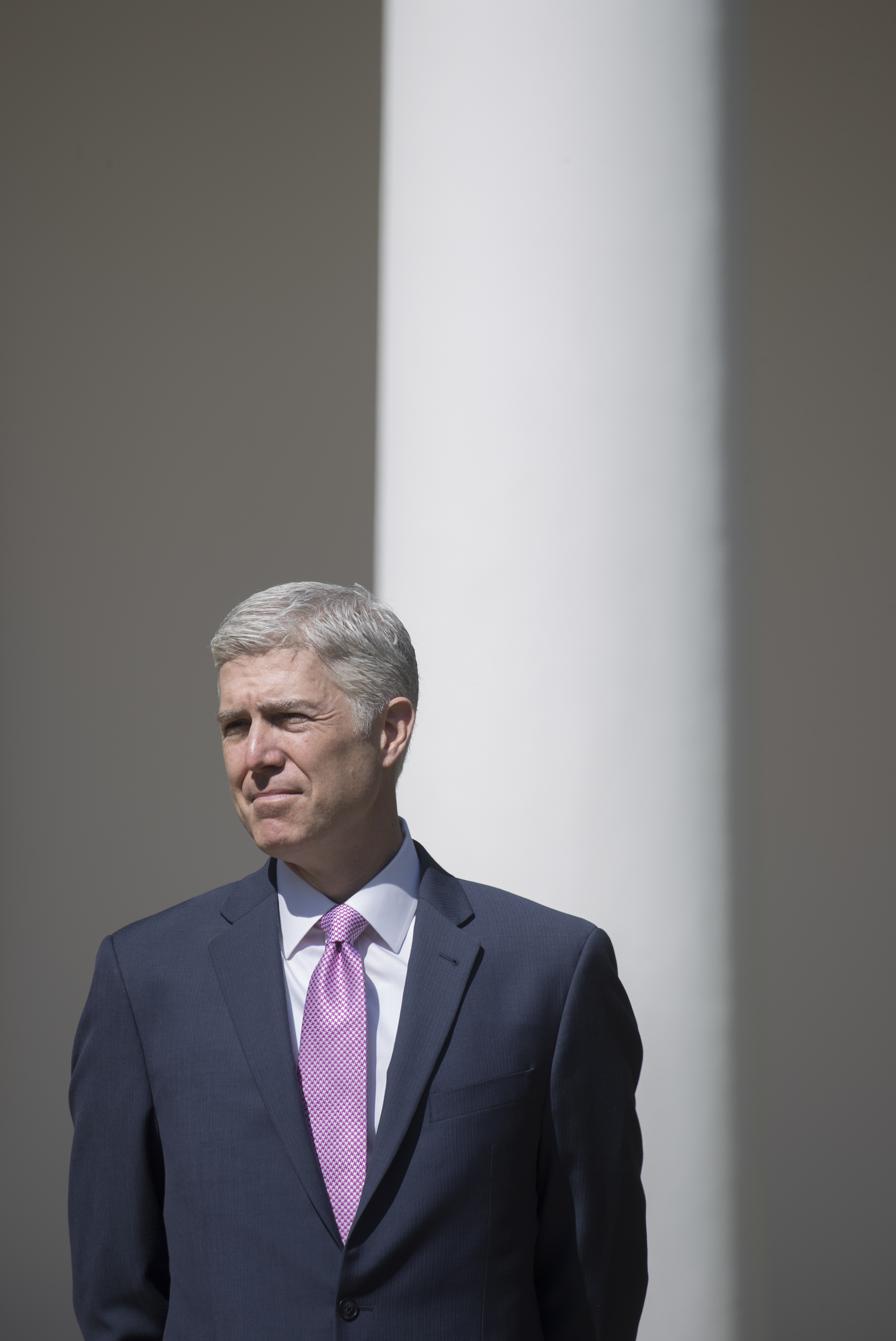 At the outset, Justices Ruth Bader Ginsburg and Sonia Sotomayor made a fundamental point regarding the term "bilateral arbitration." Strictly speaking, this would mean two-parties pursuant to a voluntary contract -- not a contract of adhesion. Paul D. Clement, arguing for the employers in the case, pointed out that "for 77 years, the [National Labor Relations] Board did not find anything incompatible about Section 7 [of the NLRA] and bilateral arbitration agreements."

As someone who has exclusively practiced labor and employment law for 40 of those 77 years, I can attest that this is a misstatement of fact. As Ginsburg remarked, at least until the U.S. Supreme Court's 2001 decision in Circuit City Stores, Inc. v. Adams, it was widely accepted that employment contracts were not subject to the Federal Arbitration Act. The Circuit City dissent by Justice John Paul Stevens, joined by Justices Stephen Breyer and Ginsburg, criticized the majority for misinterpreting statutory language in a way which ignored legislative history and statutory purpose by placing all workers but transportation workers within FAA ambit. And as Ginsburg noted in her dissent in DIRECTV, Inc. v. Imburgia, the Supreme Court's "ever-larger expansion of the FAA's scope contrasts sharply with how other countries treat mandatory arbitration clauses" in both consumer and employer contexts.

It is critical to recognize that during some of those same 40 years, "significant civil rights class action lawsuits ... brought justice to millions of Americans." See "Civil Rights Class Actions: A Singularly Effective Tool to Combat Discrimination," Center for Justice & Democracy at New York Law School.

Some commentators emphasize the potential seismic impact of the Supreme Court holding that the NLRA substantive protection of employee concerted activity and prohibition of employer interference in that activity "trumps" the FAA. They note it may affect approximately one-fifth of the nation's nonunion workforce. But as noted in the 2011 AT&T Mobility v. Concepcion decision, allowing the prohibition of collective actions in consumer mandatory agreements -- generally interpreted to encompass employment arbitration agreements as well -- greatly increased the numbers of employers imposing such agreements to outlaw collective actions.

It may more fairly be stated, as Justice Breyer intimated, that a Supreme Court decision allowing employer prohibitions on employee class actions would "overturn ... labor law that goes back to, for FDR at least, the entire heart of the New Deal." In fact, what employers tout in the 2017 employment arbitration trilogy as a venerable tradition of "bilateral arbitration" is what the 1932 Norris-LaGuardia Act forbid as a "yellow dog contract": "It reduces to the level of a yellow dog any man that signs it, for he signs away every right he possesses under the Constitution and laws of the land and makes himself the truckling, helpless slave of the employer." Joel I. Seidman, "The Yellow Dog Contract," pp. 11-38 (Johns Hopkins Press 1932).

Indeed, it was shortly after the post-Concepcion "boom" in mandatory employment arbitration agreements that the NLRB in 2012's D.R. Horton, Inc. held that an employer's imposition of such a modern-day yellow dog contract violated NLRA Section 8(a)(1) (followed by its similar 2014 holding in Murphy Oil USA v. NLRB, one of the trilogy cases pending before the high court).

It is not surprising that Clement's invoking of the "bilateral arbitration" "jiggery-pokery" of Justice Antonin Scalia in Concepcion -- Scalia wrote in that case that, "[r]equiring the availability of classwide arbitration interferes with fundamental attributes of arbitration" -- appeared to puzzle Justice Breyer. Breyer asked whether, "AAA or something [he'd never seen]" forbid class arbitration. Professor David S. Schwartz of the University of Wisconsin Law School, in his article "Justice Scalia's Jiggery-Pokery in Federal Arbitration Law," 101 Minnesota Law Review Headnotes 75 et seq. (2016), details what he terms Scalia's "jiggery-pokery," borrowing a term Scalia himself, "introduced into the United States Reports to criticize his majority colleagues for what he felt was manipulative statutory interpretation." Schwartz defines such term as "reasoning that casts aside both doctrinal fidelity and logic to reach a desired result."

As Justice Ginsburg later clarified, it seems to date that no arbitral forum has done so, thus, rendering even more puzzling Chief Justice John Roberts' ongoing "hypothetical" pursued throughout the oral argument about a fictional arbitral forum that restricts class arbitration to a class representing more than 50 people, ostensibly (in this hypothetical) because the forum believes it "more efficient to have a smaller number arbitrate individually." The chief justice's pursuit of such line of questioning almost suggests an alternate route for the business community to circumvent potential NLRA Section 8(a)(1) limitations (i.e., to accomplish indirectly, what it arguably cannot do directly). But to envision such is to disprove Supreme Court precedent that arbitration is a functional equivalent of a judicial forum, equally effective for vindication of statutory rights. As Daniel R. Ortiz, counsel for respondent employees, explained to Justice Samuel Alito, such acquiescence "represent[ed] an accommodation" with the court's previous jurisprudence.

Richard F. Griffin, for the NLRB, confirmed the validity of the comparison, restating the NLRB rule that the employer may not impose an unlawful agreement which precludes employees from proceeding together. The chief justice later sought to "ensnare" Griffin into affirming the absence of an NLRA violation in the case of the chief justice's hypothetical scenario. Only then, for seemingly strategic reasons, did he identify a (false) "conflict" between the positions of the NLRB and respondent employees' counsel in Epic Systems and Ernst & Young, ultimately apologizing that his use of the "hypothetical class arbitration-restricting forum" made it "so complicated." Indeed, on Tuesday -- the day after oral argument -- Griffin took the extraordinary step to deliver a letter to the court affirming his agreement with the positions taken by employees' counsel Ortiz in response to Roberts' unusually convoluted line of questions concerning Roberts' "hypothetical scenario."

Justice Alito's limited participation was quizzical. Aside from "hammering in" Roberts' hypothetical result that the arbitral forum could do what the employer could not do directly, Alito questioned whether the Supreme Court had ever held that a party could "effectively vindicate rights" in a "class arbitration." He asked whether the NLRB was arguing that "restrictions in FRCP Rule 23 abrogate Section 7 because they were enacted later." Griffin responded, "[n]o, that's not it at all, Your Honor." Justice Anthony Kennedy, for his limited part in the exchange, appeared more concerned about, "constraining employers in the kind of arbitration agreements they can have," than concerned about violating employees' NLRA Section 7 rights.

In response to Justice Sotomayor's final question to petitioner employers' counsel as to, "how employers and employees are helped with a system of multitudinous potentially inconsistent arbitral awards," Clement replied that this pertained to the issue as to whether arbitration afforded "effective vindication of rights." But, Clement said, the Supreme Court had already held, through what some have called a "sleight of hand" in differentiating between a party's actual ability to vindicate statutory rights and the party's theoretical "right" to pursue such remedy, in American Express Co. v. Italian Colors Restaurant, that this was "not a sufficient problem." Or as Justice Kagan, joined by Ginsburg and Breyer in that case, put it in "nutshell version": If "the monopolist gets to use its monopoly power to insist on a contract effectively depriving its victims of all legal recourse," "[t]oo darn bad." (Commenting on the high court's evisceration of its own "effective vindication rule" furthering FAA goals to ensure "that arbitration remains a real, not faux, method of dispute resolution.")

Professor Schwartz closed his article with the expressed hope that, "while the phrase 'jiggery-pokery' may well be long remembered," "Justice Scalia's doctrinal jiggery-pokery in federal arbitration law," "which rendered unconscionability and public policy defenses to arbitration clauses virtually non-existent," "will soon be overruled, gone and forgotten." Given the newest member of the court's published employment decisions and resistance to Chevron deference to administrative agencies such as the NLRB, such "jiggery-pokery" may be alive and well for some time to come.

Workers must be able to join together to fight injustice

Ernst & Young may not enforce 'concerted action waiver' that interferes with employees' substantive federal right to act together as protected under National Labor Relations Act.

Workers with employment contracts may be compelled to arbitrate employment disputes under federal law.

Merchants may not file class action against credit card company after waiving right to do so, despite high costs of individually arbitrating.