How San Diego is leading way on economic issues

A growing coalition of business, labor, equity, and environmental groups is committed to making homes "at all price points" easier to develop. 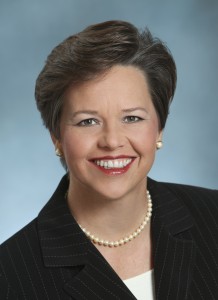 When the top gubernatorial candidates, heads of California's higher education and 500 civic, business and government leaders come to San Diego next week for the California Economic Summit, we'll be able to see how much has been achieved on critical issues facing our region and the state--and how much there is still to do.

On housing, we have much to talk about. The Summit played a key role in tracking and influencing the 100 housing bills that were considered in the state Capitol. While the legislative success is a good start, fixing the housing issue that plagues every corner of California will take a multi-year effort.

In San Diego, we'll share with our fellow Californians how we've been making great local progress in streamlining the process to build housing.

We have led the way in growing a coalition of business, labor, equity, and environmental groups committed to making homes "at all price points" easier to develop. It's not only elected officials and government and business. We're pulling in environmental groups, social services organizations, large employers, and the community at large. The story here isn't just affordable housing.

It's a recognition that we can no longer house people who do essential services for our city--or many other professions for that matter.
Housing isn't the only challenge.

Training a workforce that is ready for the jobs of the 21st century will be critical to the economic sustainability of California families.

The Summit was instrumental in the passage of the additional $200 million in spending for the California Community Colleges to invest in its Strong Workforce Program. The incredible diversity of the ever-developing California economy needs new and incumbent workers who are ready to work.

As an example, San Diego is home to the largest maritime and water technology (BlueTech) cluster in the United States.

The Blue Economy has a diverse array of industries, including advanced manufacturing; information and communication technologies; innovation; military or defense; tourism; and BlueTech, which focuses on occupations that embrace technologically advanced tactics to solve water-related issues.

The workers needed for these new opportunities are being trained or re-trained in many of our community colleges---a task that the community colleges must execute successfully not only here but in all of the diverse economic regions of our state.

The Summit has launched Elevate California, a discussion that will lead to a public policy agenda that can be pursued in 2018 and beyond that opens the door for the millions of Californians who are being left behind.

Included in that discussion was the success of MAAC Community Charter School, which opened in 2001 in response to the high percentage of high school pushouts / dropouts in the low-income communities of southern San Diego County and the lack of a safety net for these students.

The Summit is working on the right things: The need to train more skilled workers, to lower housing costs and the barriers to building it, and investing in sustainable water systems.

These are big issues that take the work of the hundreds of people in the Summit network who give of their own time to make progress on these most vexing problems facing California's economy.

The work continues in San Diego this week and throughout California for the years to come.

We invite you to join us, there's plenty to do.