Many people have been shocked to learn that decommissioning of a nuclear power plant does not mean removal of everything. 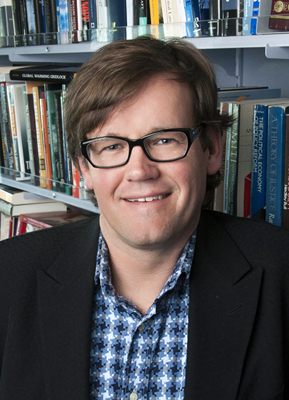 Back in 2013 when Southern California Edison (SCE), operator of San Onofre Nuclear Generating Station (SONGS), decided to decommission the facility it also set up the San Onofre Community Engagement Panel (CEP) to open a two-way conduit between SCE (and its co-owners, San Diego Gas and Electric, the City of Anaheim and the City of Riverside) and the communities that would be affected by the decommissioning process.

Over the last three years the CEP has provided exactly that function. It has offered ways for SCE to learn about the concerns of the communities. It also offers a way for SCE to help inform the communities about how decommissioning will unfold; the economic and environmental impacts, and the various strategies being adopted to mitigate adverse impacts.

Without a doubt, one topic has attracted the most attention at our CEP meetings and in the local communities: spent fuel. As in any community, there are many different views about a technology like nuclear power. With the closure of SONGS, I thought, that many of those diverging viewpoints would become moot and the communities could come together and focus on the best plan for decommissioning.

Instead, many people have been shocked to learn that decommissioning of the plant does not mean removal of everything - the spent fuel remains because there is no place to send it. By not offering a practical place and method to ship spent fuel the federal government has, through inaction, created a whole new array of acrimonious debates and controversy within local communities about how best to steward the spent fuel.

I can't emphasize enough the importance of offering practical ways for decommissioned sites to move spent fuel out of their communities to other, more appropriate locations. Offering a practical route to that outcome would be enormously valuable to our communities.

That route could involve finishing Yucca Mountain and allowing consolidated interim storage (CIS), also known as interim storage facilities (ISF). But people are most looking for is a viable plan that addresses an urgent problem - a problem that is not so pressing in communities with operating reactors but is vitally important to those where reactors are undergoing decommissioning and will have stranded spent nuclear fuel left with reduced security at the decommissioning site.

We are particularly concerned that the current arrangements at the Department of Energy (DOE) are opaque about which spent fuels will ship first. I would urge Congress to help DOE develop a more coherent set of priorities. The current "standard contract" for fuel shipments, while ambiguous, suggests that the oldest fuel will ship first. That approach will create an inefficient and incoherent shipment pattern - with canisters moved across a patchwork of sites, and no site happy with the outcome.

We should put the decommissioned sites first because those sites are no longer generating spent fuel, in most cases are removing reactors and support buildings, and gain much smaller economic benefit from hosting these facilities. By contrast, sites with operating reactors will always have spent fuel in their reactor cores, fuel pools and dry cask pads. For all these communities, it is important to have a viable long-term plan for spent fuel removal; for decommissioned sites the imperative is particularly compelling.

We in the San Onofre communities have learned that the politics of finding solutions to this problem are difficult. For years, Yucca Mountain has been a political lightning rod in ways that have made it exceptionally difficult--at times, impossible--to move forward with that site.

The prospect of CIS might prove politically more tractable because, when combined with consent-based siting, it allows communities to nominate themselves to become storage sites. Following the guidance of the bipartisan Blue Ribbon Commission (BRC) report, we are encouraged that a process of informed consent has emerged and led to two communities volunteering themselves for CIS facilities.
In the densely populated communities around San Onofre, our interest is to advance any responsible program that moves the spent fuel out of our neighborhoods as quickly as possible. For us, that means Yucca and CIS simultaneously. Over the last three years, we have learned three important things about how to pursue this goal.

First, the nation does not benefit from monopolies. To some degree, the problems at Yucca Mountain are the result of the country having just one option. As that option has faltered the whole nation's industry, along with communities around nuclear power plants, have suffered. The original plan, way back when the Nuclear Waste Policy Act (NCWPA) was signed into law, was to have two sites. Expedience in public sector spending and noxious politics whittled that roster down to one, and that outcome has been harmful. I am very concerned that the same will happen with CIS. Overall, the nation and the communities that are hosting spent nuclear fuel would benefit from having many options.

Second, and equally important, it is crucial that CIS be viewed as a complement to Yucca Mountain (and to other means of permanent spent fuel disposal - for example, deep borehole technology). I appreciate that over the last year that much of the newfound enthusiasm for acting on spent fuel is rooted in a desire to restart Yucca Mountain. But any realistic scenario for Yucca must deal with the reality that Yucca is still a long time coming. The site is not operational. Once operational, fuel will need repackaging so that casks with large numbers of fuel assemblies are put into smaller units with fewer assemblies and lower heat loads. All that will take time.

For the communities around San Onofre, those realistic delays in starting Yucca create the imperative for CIS. We want the spent fuel moved. For the nation as a whole, those delays offer an important logic for CIS: safety and saving money. It is much wiser to store spent fuel at a small number of large sites, far from population centers, than dozens of sites scattered around the country.

Scientists at Oak Ridge National Laboratory have estimated the cost savings from a robust CIS program and found that we could avoid $15-30b in expenditure in light of expected delays in reopening Yucca Mountain.

Third, the political coalitions around nuclear power are in flux when it comes to spent fuel. There is a well-known debate about the role of nuclear power in the nation's future energy mix, and active industry efforts to improve performance to keep as many of the existing fleet operational.

There are also well-known battle lines drawn for and against nuclear power. What has impressed me about spent fuel is that those battle lines have shifted. Many groups that have been skeptical or outright against operational nuclear plants - such as the Natural Resources Defense Council and the Union of Concerned Scientists - are aligned in favor of finding smart strategies for storing spent fuel, including CIS. It is really important that the larger, heated and probably irreconcilable differences about operational reactors not cloud the fact that many more communities are coming together to find solutions to storing spent fuel.

For Congress, these three lessons suggest that the current efforts--far advanced in the House and still developing in the Senate -- to amend the NWPA are profoundly important. As those efforts proceed it is important that the Yucca mission, which has attracted more attention and political energy, not leave CIS aside.

David G. Victor, a professor at the School of Global Policy and Strategy (GPS) at UC San Diego, is chairman of the San Onofre Community Engagement Panel. His remarks are excerpted from testimony before the House Oversight and Government Reform Subcommittee on Interior, Energy and Environment.