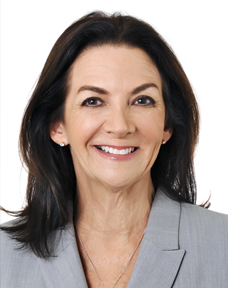 Edith Wharton famously wrote: "There are two ways of spreading light: be the candle, or the mirror that reflects it".

Jan Frankel Schau has proudly served as a Panel Member with ADR Services, Inc. for the past 10 years and is considered one of the top mediators in the L.A. area.

Ms. Schau began her legal career in insurance defense and later transitioned to Plaintiff-side general litigation, specializing in employment, business and tort cases. Respected by both Plaintiff and Defense, Jan has successfully mediated over 1500 litigated cases.

A former President of the Southern California Mediation Association, Jan is also a Distinguished Fellow of the highly selective International Academy of Mediators. Locally, Jan has served as the Chair of the Labor and Employment Section of the Beverly Hills Bar, and as Chair of the ADR Section of the Women Lawyers of Los Angeles and of the Valley Bar.

Jan was proud to be included in the "Top 50 Neutrals" in California by the Daily Journal and has been recognized as a California "Super Lawyer" for the past 8 years in ADR.

Jan is a popular lecturer and an avid writer, including a weekly blog, a monthly "Settlement Strategies" newsletter (now in its 9th year) and a book, "View from the Middle of the Road: A Mediator's Perspective to Life, Conflict and Human Interaction" (available at Amazon.com).

Ms. Schau holds an undergraduate degree in International Relations from Pomona College in Claremont, Ca. and a J.D. from Loyola Law School of Los Angeles.

She looks forward to bringing the light to every conflict each day. For her, mediation is not merely her "day job", but her life's avocation.

Q: What is the biggest mistake you see counsel make in mediation?
-- Lynne Hermle, Orrick

A: There are at least two categories of mistakes that are very common. First, counsel sometimes have not prepared the other side properly for the range of settlement that is possible. For the Plaintiff, this may be due to a complete lack of communication with Counsel for Defendant, or it may arise out of an early demand which has now doubled, but with no further communication to indicate that. For the Defense, this may be due to either an absence of or incomplete information upon which to evaluate the damages or due to an inability to pay the value of the case for financial reasons. In any of those cases, early and frequent communication with the adversary will save a lot of headache and frustration at the mediation itself. The second category of mistake I see is that the lawyers may have over-sold their case to their own clients. For Plaintiffs, this means raising expectations and then necessitating a disappointed client at the end of a day. For Defendants, this means a difficult conversation about the odds of prevailing and the costs of standing by their principles once the negotiations are within a range that is reasonable, albeit not reflective of a likelihood of a defense verdict on all counts. There is always a different "value" to settlement than the jury value.

Q: Do you find there is a benchmark that most people begin their negotiations at either on the low-end or the high-end, for example the opening offer is usually X percent below with their prepared to pay and the demand is similarly Y percent of what the plaintiff is prepared to take?
-- Paul Kiesel, Kiesel Law LLP

A: When I teach distributive bargaining to my students at Pepperdine, I teach that most cases end up at the mid-point of the first reasonable offer and the first reasonable demand. Also, the average negotiation will be between 5-7 steps away from those numbers. Unfortunately, that may bear no relationship to the numbers at which either side "opens". That is why many experienced mediators spend so much time with the parties before the opening numbers are articulated. Also, the personalities of both counsel and their clients may dictate whether the negotiation will be very cooperative or very competitive. Negotiation is a function of both style and strategy. While there is some predictability to distributive bargaining, you can't predict the particular outcome before you observe the process in the particular case you are mediating. Ask me the question again at about 2:30 in the afternoon.

Q: How do you decide if and when a mediator's proposal is appropriate and does any psychological factors play a part in this decision?
-- William M. Shernoff, Shernoff, Bidart Echeverria LLP

A: The first issue in the question is whether the mediator decides this or is asked to do a proposal by the attorneys. In theory, the mediator should only suggest this if an impasse is imminent. However, in many cases, it's obvious that the attorneys need some way to save face--either with their opposing counsel or their own clients, and so they express a sense of futility that conveys that the parties will never agree to the other side's numbers, and that the only way that the case will settle is if the mediator proposes a number that both sides can live with. The psychology is multi-faceted. First, there is the idea that the attorneys would not recommend the settlement at these outrageous numbers (high or low) to their clients. This gives them "plausible deniability" that the compromise is worth considering--but would not have been their recommendation. The other facet is that the mediator begins to negotiate with each side so that she has a fair idea that at least one side will find the number acceptable in advance (usually the one who is further off). Finally, there is the psychology of the gamble. If the mediator chooses a number, it is generally because she thinks the other side will take it, even though they have expressly resisted getting to that number during the course of negotiations. By that time in the negotiation, both sides are generally frustrated by the other sides unwillingness to stretch in order to make a deal. The mediator can cut through the games and bravado and get to a place that is sensible and usually acceptable without either side having to go through the laborious steps necessary to get there on their own.