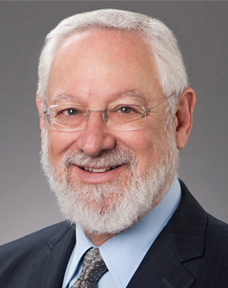 Bruce A. Friedman, Esq. is an accomplished dispute resolution professional who has mediated and settled a wide range of cases including class actions, business, entertainment, insurance, professional liability and real estate matters and who has served as a sole arbitrator, party arbitrator and chair of arbitration panels in real estate, business, entertainment, insurance and professional liability cases. Mr. Friedman began his neutral career after nearly 40 years as a trial lawyer handling significant "bet the company" cases. He has been named by the Daily Journal as one of the top neutrals in California, and has been recognized as a lawyer by Chambers USA and Best Lawyers in America. In 2012, Bruce was named as the Best Insurance Lawyer in Los Angeles by Best Lawyers in America. Since becoming a neutral Bruce has successfully mediated matters at all stages of the litigation process from pre litigation, to cases pending before the State and Federal Trial Courts, the State and Federal Courts of Appeal to a recent case pending before the United States Supreme Court.

Clients note that Mr. Friedman's background leads him to understand the complexities of business disputes and the leverage points on both sides of a case. He keeps the parties engaged, knows when to talk and when to listen and when to let the client have a cathartic moment. He is always prepared and thoroughly invested in a mediation even before it begins with pre mediation calls and meetings. He understands where we are coming from having been in the trenches on the same kinds of cases that he is mediating. His demeanor is very conducive to effective mediation and he excels at being direct but diplomatic.

A: I believe in fairly calling balls and strikes and in providing a reasoned decision that conforms to the law. Having come to arbitration as an advocate and not a judge, I appreciate the criticism of arbitration and the perception, if not reality, that arbitrator's split the baby. This is frustrating and from a lawyer's point of view, I do not know how one would counsel her client about settlement vs. Arbitration without the predictability one derives from applying the law to the facts of the case. An arbitrator should have the strength of his convictions and render a decision that one would expect to receive in Court.
I grant dispositive motions, but do so sparingly. The reason is that not holding an arbitration hearing and considering all of the "evidence" is a ground for overturning an Award. I do not believe that that the rule is fully understood and appreciated by counsel so I understand the frustration in not having a dispositive motion heard or in its denial. It is not because arbitrator's want to make more money by holding the hearing, it actually stems from a desire to protect the record of the arbitration and render a decision that is not subject to attack in court.

Q: Arbitration was long thought to be a more efficient and cost effective means of resolving disputes. However, arbitrations increasingly resemble civil litigation in court, with extensive discovery, discovery motions, pretrial motions in limine, etc. In some particularly complex cases, that may be appropriate. Do you agree, and what can be done to return to a more streamlined approach to arbitration?
-- John Hueston, Hueston Hennigan LLP

A: The answer is twofold. First, the arbitration clause has to be drafted in such a manner as to not permit discovery under the CCP or FRCP. Second, the arbitrator has to manage the process in a way that limits discovery and sets the arbitration hearing in a reasonable time following the initial status conference. I do not like written discovery in arbitrations and either dispense with it or have it limited to a document request. The rules also limit depositions to one per side and I try to follow the rules within reason depending on the size and complexity of the case. Frankly, I think motions in limine are a waste of time and effort. The rules of evidence generally do not apply in arbitrations and the parties are making the motions in limine to the decision maker who will consider the "evidence" that the party is trying to exclude. It is difficult to unring that bell.