As the Trump Administration tries to shore up consumer arbitration clauses, California officials rush to tear them down 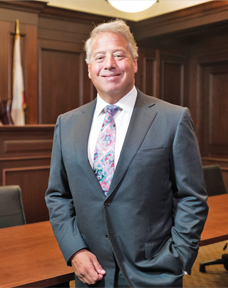 BY JOHN ROEMER
Special to the Daily Journal

An Obama-era watchdog appeared poised this year to unleash a new rule against mandatory arbitration clauses in consumer financial contracts -- only to be sent back to by Congress. But did the U.S. Senate's 51-50 vote against the rule last month, following a 231-190 rejection by the House of Representatives in July, demonstrate that class actions against banks are forever doomed?

Or was the Consumer Financial Protection Bureau's failed arbitration rule only a first shot in an emerging consumer rights effort to curb the arguably one-sided relationship between ordinary folks and financial institutions?

Conservatives cheered the death of the rule. It was a significant legislative win for Wall Street, especially because the rule's foes prevailed in the face of strong headwinds including a fake account scandal by Wells Fargo & Co. and an unsettling data breach by Equifax Inc., both of which used mandatory arbitration clauses. Wells Fargo forced wronged customers into arbitration, arguing that their legitimate contracts also covered disputes related to the bogus accounts. Equifax at first sought to require exposed consumers to forfeit class action rights to gain credit protection.

"Arbitration has long been in the crosshairs of the plaintiffs' bar, and this was last gasp of Obama appointees at the CFPB," said Todd F. Gaziano, the executive director of the conservative Pacific Legal Foundation's D.C. Center. Twenty years ago as a legislative counsel, Gaziano drafted the law used to derail the arbitration rule. Known as the Congressional Review Act, it lets lawmakers disapprove federal agency regulations. Today as a key figure in the PLF's Red Tape Rollback project, Gaziano called arbitration clauses a normal part of doing business. "People are adults who decide what they sign," he said. "Our foundation defends the sanctity of contracts."

He blasted the proposed curb on arbitration as a bad idea pushed by "folks who never met a rule they didn't like."

"The power imbalance is striking," said Elise R. Sanguinetti of Airas Sanguinetti Wang & Torrijos LLP, an Oakland-based plaintiffs firm. "What is going on is that banks can sue customers, but customers can't sue banks." Sanguinetti is immediate past president of Consumer Attorneys of California and the president-elect of the American Association for Justice, formerly the American Trial Lawyers Association. She criticized the Trump administration for moving to kill the rule, bringing in Vice President Mike Pence to cast the tie-breaking vote. "The president won an election based on trying to fix a rigged system," she said. "This vote was the opposite of that. But I see things slowly getting better. Five years ago the vote would have been much more lopsided against the rule."

Sanguinetti said that the tide may be turning. She pointed to the state Legislature's effort to rein in bank arbitration clauses, inspired by the Wells Fargo fraudulent account scandal. SB 33, signed into law a year ago by Gov. Jerry Brown, voids mandatory arbitration clauses in financial services contracts in future cases of bank misconduct. It's a first step at the state level to do what the failed Consumer Financial Protection Bureau attempted.

"SB 33 is a strong beacon of hope," Sanguinetti said. "True, it wouldn't have the same broad effect as the federal rule. And true, it's limited to the boundaries of our state. Still, even though Congress and the president do not make consumer rights a priority, there will be successful future efforts nationally. It will be more and more an election issue. I'm an optimist."

A prominent consumer rights attorney, Brian S. Kabateck, agreed the CFPB rule's demise was troubling. "Absolutely it was a setback," said the lead name partner at Kabateck Brown Kellner LLP of Los Angeles. "No good came of this."

On the October day the rule died in the U.S. Senate, Kabateck testified in Sacramento before a legislative hearing of lawmakers concerned with banking and consumer protection. "The national pro-arbitration trend is a problem for lawyers, because it destroys the ability to bring good consumer class actions against corporations that rip off people for small amounts." Kabateck said many assembly members at the state capitol shared his concerns. "They kept quoting John Oliver," he said, laughing at the specter of California politicians citing a British comedian taking aim at U.S. predatory lenders, as Oliver did in an influential 2016 edition of his "Last Week Tonight" HBO show.

"I do see heightened public awareness" of mandatory arbitration issues, said Kabateck. "Corporate America is being rather piggish. They epitomize chutzpah, and the public is starting to take notice." He was one of the drafters of SB 33. "It's narrow, but the governor signed it," Kabateck said. "Now I fear that the industry may argue that it is preempted by the Federal Arbitration Act. We'll see."

The general counsel of the Civil Justice Association of California, Fred J. Hiestand, said that "as a pure matter of law," SB 33 is vulnerable to legal attack. His group bills itself as "a strong voice against the trial lawyers in Sacramento." But SB 33 "may not be a case worth fighting," Hiestand said, "because it was written in the wake of the Wells Fargo case where the facts may be so bad, including allegations of blatant fraud."

Hiestand said it was predictable that the Consumer Financial Protection Bureau's anti-arbitration rule failed. "Arbitration is a big issue right now, but I wouldn't be surprised if it fades into the background," he said. "Contracts of adhesion"--take-it-or-leave-it agreements consumers must sign to get services--"are a fact of life. Of course, I understand why plaintiffs' lawyers don't like arbitration. In arbitration, they don't have a jury to pander to. Judges see through their glib oratorical skills. Defense lawyers are paid hourly, so they're less incentivized than lawyers who have a piece of the action. Plaintiffs lawyers are hungrier."

A consumer bankruptcy authority and consumer advocate at UC Irvine School of Law, Katherine "Katie" Porter, is a strong proponent of the anti-arbitration rule who is trying to advance that cause by running for Congress. The Democratic professor announced last spring she will challenge Republican incumbent Mimi Walters for Orange County's 45th District. She is a former advisor to the Consumer Financial Protection Bureau. "I've spent my career fighting Wall Street banks who cheat families," she said. "The hard thing for consumers is they don't have a choice in the marketplace. They are limited to looking to their elected representatives to help."

Congressional rejection of the anti-arbitration rule is an issue the electorate understands, she said. "It comes up with some regularity on the campaign trail. It's alarming to people post-Equifax and Wells Fargo." Porter points out that her opponent voted to repeal the rule. "We have to keep calling attention to where Republican leaders put their priorities with decisions that have consequences for families," she said. "The CFPB wanted to ensure that consumers had a choice."