In praise of litigation 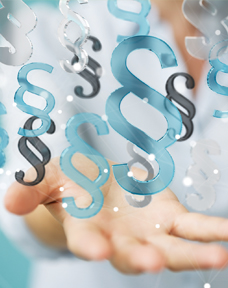 A llawsuit is the result of a tear in the fabric of society. A child dies because the meat in her hamburger was infected with deadly bacteria; a woman is paid less than her male coworkers for doing the same job; a catastrophic oil spill destroys thousands of miles of beaches and the livelihood of fishermen. Often what is broken cannot be repaired, and some say that lawsuits only compound the loss of the original wrongdoing. But litigation has a significant democratic value. Bad things happen and, whether big or small, those who believe they have been wronged want and deserve an explanation, a remedy and a way to prevent the same thing from happening in the future to them or to others. People may bring lawsuits for one or all of these reasons. That they are empowered to do so is an expression of individual autonomy and the fruit of democratic culture. This is why litigation is a social good: It allows participants to act out democratic ideas highly valued in our society.

Litigation helps democracy function in a number of ways: it helps to enforce the law; it fosters transparency by revealing information crucial to individual and public decision-making; it promotes participation in self-government; and it offers a form of social equality by giving litigants equal opportunities to speak and be heard. In my book "In Praise of Litigation" I argue that these four values of litigation -- law enforcement, transparency, participation and social equality -- are the key components of a well-functioning democracy. In fact, these four values are so important that vindicating them is worth the transactional costs litiga¬tion imposes: the time, money and effort spent suing and defending suits.

There are a lot of people in important positions, including judges, who disagree with this idea. Their views find support among the general public and the popular sentiment against lawyers and lawsuits. For example, in his 2015 Year End Report, Chief Justice John Roberts justified new limitations on the ability of litigants to obtain information through lawsuits, writing that "in many cases civil litigation has become too expensive, time-consuming and contentious, inhibiting effective access to the courts." In a series of decisions requiring more information from plaintiffs before they can file a lawsuit in federal court, even if that information is solely in the hands of person they want to sue, the Supreme Court emphasized that litigation "exacts heavy costs in terms of efficiency and the expenditure of valuable time and resources." In other cases the Supreme Court has underscored businesses' concern with the risk of "in terrorem" settle¬ments -- in other words, that fear of liability will cause companies to settle even suits without merit. In Congress laws have been proposed aimed at curbing litigation with names such as the Lawsuit Abuse Reduction Act and Fairness in Class Action Litigation Act and laws have been passed to limit access to the courts for particular types of claims, such suits under the securities laws and prisoner suits. A book excoriating litigation was a New York Times bestseller. Congress and the courts have reacted to these perceptions by curtailing litigation and seem likely to enact further limitations.

Judge Learned Hand is sometimes quoted for his statement that "After now some dozen years of experience I must say that as a litigant I should dread a lawsuit beyond almost anything else short of sickness and death." Less often noted is what he wrote just a few lines down in that same essay: "The administration of justice is a good test of civilization of the people where it exists; it shows their interest in equity, their freedom to adapt themselves to new conditions and their courage in protecting the weak and controlling the rapacious." Today, the second statement is too often ignored, but it is no less important than the first.

By forcing reasoned argument, by requiring participants to present proofs and arguments and to challenge the other side's proofs and arguments rigorously, litigation provides an important forum for realizing deliberative ideals and enabling an informed debate in which individuals can participate on equal footing. When they think of the benefits of allowing people to sue, most see it as a means of enforcing the law. Enforcement of the law is largely dependent on how much information people have access to and litigation reveals information that regulators and regular people need in order to make good decisions. It is also dependent on people's ability to participate in their lawsuits, as social equals. That is why all four values -- enforcement, transparency, participation and equality -- are crucial to a well-functioning court system.

Although enforcement, transparency, participation and equality are all widely recognized as necessary to democracy, still people can disagree about what these values ought to mean in practice. The need to enforce the law raises questions about the effectiveness of different enforcement mechanisms, including litigation, both in forcing wrongdoers to pay for the injuries they have caused and deterring others from breaking the law. A commitment to transparency raises the question of tradeoffs between the public interest in knowing critical information that informs our deci¬sions as citizens and consumers and the countervailing costs of forcing information, both in the sense of the cost of producing that information and because revealing information can damage reputations or even national security. Recognizing the value of participation in litigation forces us to ask what kind of participation we expect in litigation, especially for those who cannot afford a lawyer to represent them so they can meaningfully participate in their own case as well as how often citizens should adjudi¬cate cases as jurors. The value of equality requires us to face the fact that litigants come to the court without equal resources and may be outmaneu¬vered by their opponent as a result; we must decide how much the justice system should do to mitigate inequalities outside the court that affect the proceedings inside it. These are the questions we should struggle with in trying to improve our justice system.

Too often, people are treated unequally, information is kept hidden, and enforcement is too lax. The court systems in the United States ought to be improved and democratic values are the metric by which to measure any proposed reform.

Alexandra D. Lahav is the Ellen Ash Peters Professor at the University of Connecticut School of Law. She is an expert on civil procedure, complex litigation and mass torts and the author of "In Praise of Litigation" (2017).