How to exaggerate the size of your class action settlement 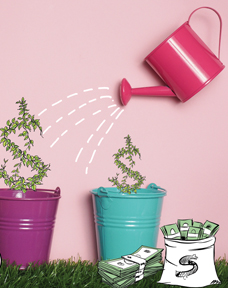 OK, this is not a really primer on how to exaggerate size. Rather, this article is intended for honest lawyers, judges, and mediators who want to do class action settlements the right way. It explains how to be on the lookout for others who -- in violation of duties of loyalty and candor -- might offer terms that provide little or nothing to class members while making a settlement appear valuable in the eyes of the judge who will rule on settlement and fees.

At their best, class actions hold out the promise of empowerment for claimants who otherwise are unable to pursue their claims. But at their worst, class actions shift power to lawyers who exploit it to their own advantage. In settlement, although class counsel and class members share a broad interest in maximizing the size of recovery, settlement terms create opportunities for counsel to take advantage of class members. Some lawyers have been too willing to exploit these opportunities, and judges have begun to wise up.

Honest lawyers who serve as class counsel should be aware of settlement terms that disserve class members and should avoid including such terms in settlements they negotiate with defendants, recommend to the class, and advocate to the court. By the same token, honest lawyers who represent defendants should be aware of terms that class lawyers might use to take advantage of class members, and should avoid proposing or agreeing to such terms. It is unethical for one lawyer to induce or assist another lawyer to violate ethical rules. Defense counsel thus bear responsibility alongside plaintiffs' counsel for terms that exploit class members.

The judge in a class action bears the responsibility to reject any inadequate settlement. Judges must learn to spot inadequate settlements even when lawyers try to cloak inadequacy behind the appearance of value. Mediators, for their part, should be the first line of defense against lawyers who would propose terms that advantage the lawyers rather than the class.

In my article "Aggregation as Disempowerment: Red Flags in Class Action Settlements," 92 Notre Dame L. Rev. 859 (2016), I explained the theoretical basis for the concern that class counsel and defendants use settlement terms to advantage themselves at the expense of class members, and I catalogued 10 settlement features that harm class members while benefiting class counsel and defendants. The article described three categories of problematic settlement terms: terms that create an exaggerated appearance of value, terms that expand class counsel's franchise and defendant's protection, and terms that discourage objections. Here, I focus on the first category -- terms that create an exaggerated appearance of value.

One way is with spurious injunctive relief. When a class settlement includes an agreement that the defendant will alter its conduct, one must ask whether the change actually benefits class members. If the defendant agrees to stop doing something it already stopped anyway, or agrees to a labeling change that makes no difference to consumers, or agrees to a change in a privacy policy but reserves the right to change it back, or agrees to a pointless supplemental disclosure in a financial document, a court should ask: What does this change actually accomplish for class members? If the answer is nothing, then the court should not be fooled when lawyers for both sides -- to their mutual advantage -- urge the court to attach a significant dollar value to the injunctive component.

Another way is with coupons that are non-transferable or non-stackable. In theory, there is nothing wrong with coupon settlements (whether labeled coupons, credits, discounts, vouchers, or anything else), which can present opportunities for non-zero-sum gains in settlement. In practice, however, coupons may provide little benefit to class members. If coupons are not stackable on top of other discounts or credits, or if coupons cannot be transferred, one has to ask, why not? Was the point of the coupons to provide compensation to class members, or was it simply to create the illusion of a remedy? A secondary market in transferable coupons would reveal their true value. Coupons that are unlikely to be used and that cannot be transferred minimize cost to defendant while inflating apparent value for purposes of obtaining approval and fees. Judges should never accept coupons at face value.

Cy pres remedies are another way to inflate the apparent value of a settlement. In limited circumstances cy pres may be an appropriate way to resolve claims or to dispose of a remainder, but courts should be wary. A settlement should never include unnecessary cy pres; if class members can be compensated directly, there is no reason to resort to a next-best remedy. Nor should a settlement direct funds to organizations with which class counsel or the judge is affiliated. Nor should it direct funds to an organization that does not serve the members of the class as a next-best remedy. If a judge and lawyers want to help a worthy cause, they are free to donate their own money and time; they are not free to donate other people's claims.

Finally, claims procedures can make a settlement appear larger to the judge than its actual value to class members or cost to the defendant, thus benefiting the defendant and class counsel while harming the class. Judges should be wary of any settlement that makes it more difficult than necessary for class members to obtain compensation. Increasingly, it ought to be possible to compensate class members directly rather than on a claims-made basis. Defendants often possess information about their consumers, members, investors, or employees. If class members can be identified using information in defendants' possession, and if settlement amounts need not vary individually based on information unavailable to defendants, then the settlement should set up a direct payment process rather than a claims-made process. Even if a claims process is needed, courts should ask whether the process is more opaque or burdensome than necessary. The value to the class is not the amount that is theoretically available, but rather the amount that the class receives.

As judges learn to spot inflated settlement valuations, they should be able to make better-informed decisions both about settlement approval and about the size of class counsel fees. From this, two positive results should flow. First, it should encourage lawyers to negotiate settlements that provide value to class members commensurate with the value of their claims. Second, it should discourage lawyers from pursuing class actions for claims of dubious value. By rejecting proposed settlements that provide only illusory value for class members, courts encourage class action lawyers to abandon claims that have so little value they cannot produce worthy settlements, and they encourage defendants and class action lawyers to negotiate appropriate settlements for claims that have real value.

Howard M. Erichson is a professor of law at Fordham Law School. This article is adapted from "Aggregation as Disempowerment: Red Flags in Class Action Settlements," 92 Notre Dame L. Rev. 859 (2016).