The House Ways and Means Committee's tax overhaul has a number of provisions -- many of them controversial -- which would affect California residents and businesses. 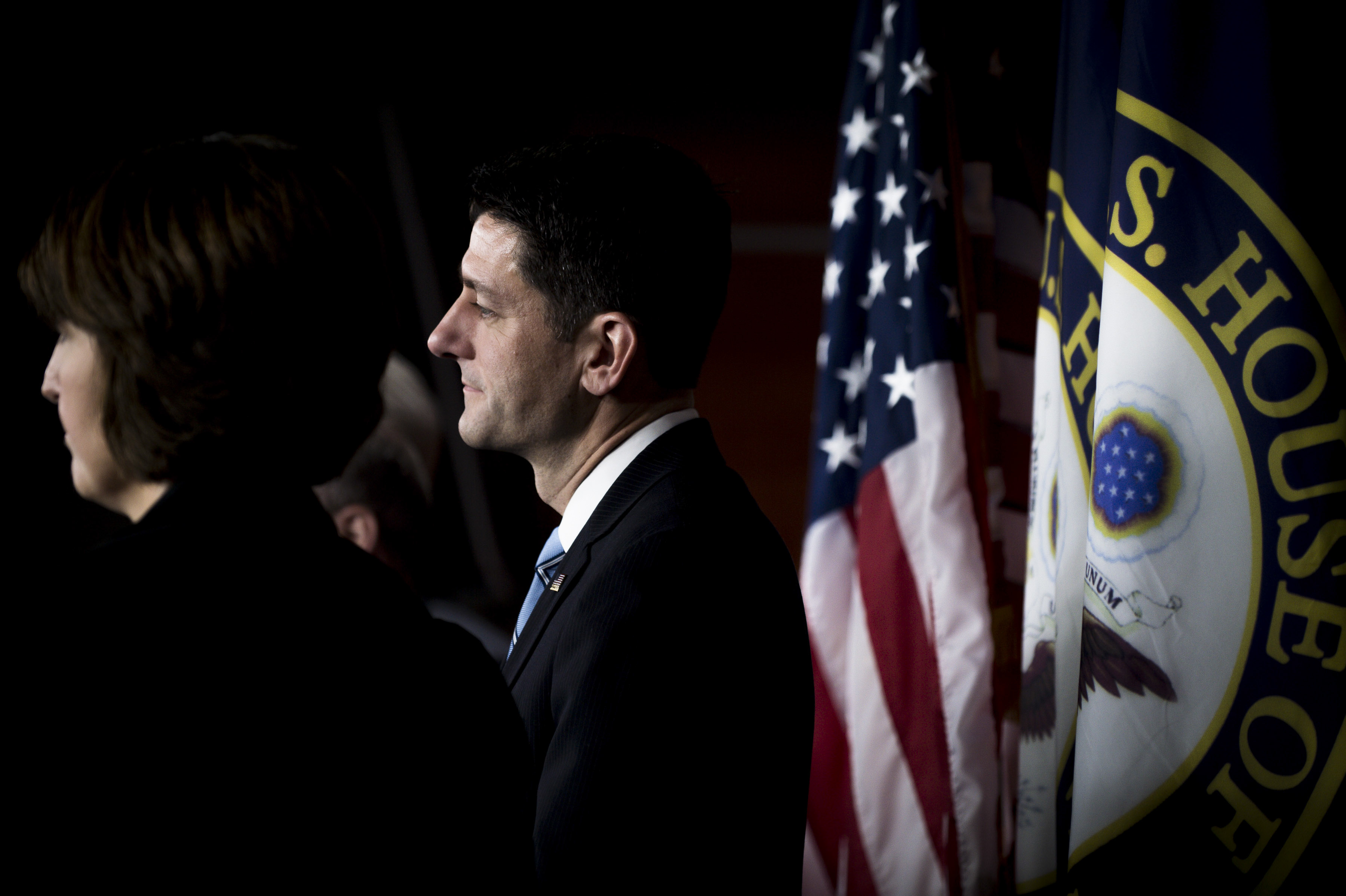 House Speaker Paul Ryan (R-Wis) during a news conference about the Republican tax plan, on Capitol Hill in Washington, Nov. 7, 2017.

Two weeks ago, Republicans delivered a comprehensive tax bill that offers, among other things, a permanent corporate tax cut. The House Ways and Means Committee released its long-anticipated initial draft of the Tax Cuts and Jobs Act on Nov. 2. It has a number of provisions -- many of them controversial -- which would affect California residents and businesses.
Following is a brief summary focusing first on the provisions which affect individuals and then those which impact businesses. Most of these changes are effective for tax years beginning after 2017.

Tax Reform for Individuals: Reduction and Simplification of Tax Rates. The act would reduce the current seven tax brackets to four brackets: 12, 25, 35 and 39.6 percent. Concurrently, the act would increase the standard deduction to $24,000 for joint filers and $12,000 for individual filers and eliminate the current deduction for personal exemptions.

Maximum Tax Rate on Pass Through Business Income. The act would subject business income distributed through pass through entities such as partnerships, LLCs and S corporations to a maximum rate of 25 percent. The portion of the income attributable to salary or compensation would still be taxed as ordinary income. The act would allow owners or shareholders to elect to treat 30 percent of the net income as business income leaving the rest to be subject the remaining 70 percent to be subject to ordinary income tax rates.

Alternatively, the owners or shareholders could elect a formula based on facts and circumstance for their particular business to get a percentage higher than 30 percent of business income. The determination of whether a tax payer was active or passive would be made under the current passive loss rules under Section 469. This would make for an interesting dichotomy since as long as the business was losing money, the taxpayer would probably argue that they are actively participating in the trade or business activity whereas once it begins to generate profits, the taxpayer may be arguing that they are no longer active in the business. The reduced rate would not be available for businesses involving the performance of services in the field of law, accounting, consulting, engineering, financial services or performing arts.

Mortgage Interest. The act would limit the itemized deduction for interest on home mortgage interest for debt incurred after Nov. 2, 2017, to $500,000 rather than the current $1 million limitation. Interest would only be deductible on the taxpayer's principal residence and no longer for a second property such as a vacation home.

State and Local Income Taxes. The act would eliminate the itemized deductions for state and local income taxes except for property taxes up to $10,000. General contributions on the act would increase the current 50 percent adjusted gross income limitation for cash contributions to public charities and certain private foundations to 6 percent of adjusted gross income. The charitable contribution of 80 percent for amounts paid to purchase tickets for athletic events would be repealed.

Reduction in Exclusion from Gain from Principal Residence. The act would reduce the exclusion for gain from the sale of principal residence from the current $500,000 by $1 for every dollar that the taxpayer adjusted gross income exceeds $500,000 ($250,000 for single filers).

Estate and Gift Taxes. The act would increase the basic exclusion for estate taxes from $5 million to $10 million. After 2023, the estate and generation skipping taxes would be repealed and a beneficiary would still get a stepped up basis. The gift tax rate would be lowered from current 40 to 35 percent.
Alternative Minimum Tax. The act would repeal the alternative minimum tax after 2017.

Increase in Section 179 Expensing. The small business expensing limitation under Section 179 would be increased to $5 million and begin to phase out when the business has placed in service more than $20 million of assets during the year.

Disallowance of Interest Expense. Every business would be subject to a disallowance for net interest expense in excess of 30 percent of its adjusted taxable income. Businesses with an average gross receipt of $25 million or less would be exempt from this disallowance.

Like Kind Exchanges. The act would only allow deferral under Section 1031 with respect to real property. This provision would be effective for transfers after 2017.

Local Lobbying Expenses. Expenses with respect to lobbying for legislation for local government bodies (including Indian tribal governments) would be disallowed after 2017.

Domestic Production Activities. The act would eliminate the deduction for domestic production activities for tax years beginning after 2017.

Entertainment Expenses. The act would eliminate any deduction for entertainment, amusement, recreation activities, facilities or membership dues relating to such activities or other social purposes.

Self-Created Property Would Not Be Treated as a Capital Asset. Any gain or loss from the disposition of a self-created patent, invention, model or design, or secret formula, would result in ordinary income and not capital gain. The election to treat musical compositions and copyrights and music works as capital assets would be repealed. In addition, special rule treating the transfer of patent prior to commercial exploitation as long term capital gain would also be repealed.

Modification in Energy Credits. The act provides that the 10 percent investment tax credit for solar energy projects is eliminated unless construction commences before Jan. 1, 2028. The 30 percent investment tax credit is phased down and completely eliminated for solar energy projects where construction begins after Dec. 31, 2027.

Excise Tax on Tax Exempt Organizations. The act would impose a 20 percent excise tax on any compensation in excess of $1 million paid by a tax exempt organization to any of its five highest paid employees.

International Provisions. The existing worldwide taxation of foreign entities would be significantly revised. Under an exemption system, 100 percent of foreign source dividends paid by a foreign corporation to a U.S. corporate shareholder that owns 10 percent or more of the foreign corporation would be exempt from U.S. taxes. No foreign tax credit would be allowed for any foreign taxes paid on an exempt dividend. This provision would be effective for distributions after 2017.

Repeal of Investments in U.S. Property. The current treatment of controlled foreign corporations with respect to investments in U.S. property would repeal beginning for tax years after 2017. The act would also repeal the indirect foreign tax credit.

Extension of Unrelated Business Income Tax. The act would change the current structure of the unrelated business income tax to apply to all tax-exempt entities. The excise tax on private foundation investment income would be modified to 1.4 percent and the act would impose an excise tax on investment income of private colleges and universities at 1.4 percent. This provision would apply if the college or university has at least 500 students and assets at the close of the preceding year of at least $100,000 per fulltime student. This provision would be effective after 2017.

All of the changes will be scrutinized in the days to come. And as lobbyists set out to modify or eliminate many of these provisions, it remains to be seen just how many of them will in fact be enacted as proposed.