2017 has been a strong year for the US economy

17 million more Americans are employed now than eight years ago. The jobless rate is down 6 percent from 2010. 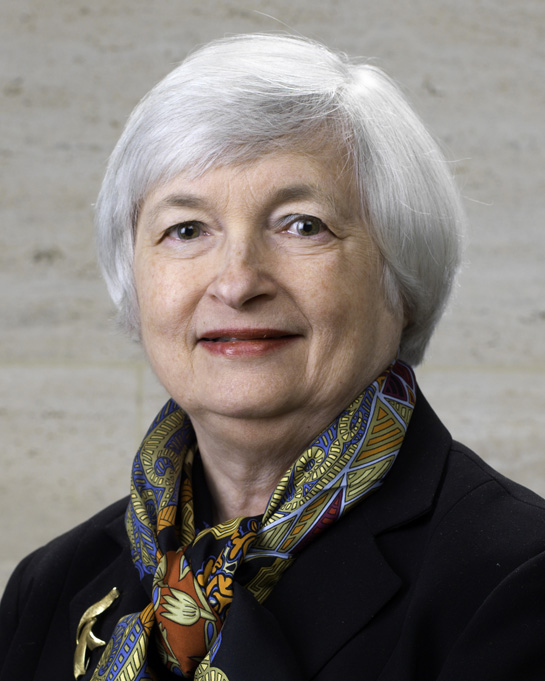 The U.S. economy has strengthened further this year. Smoothing through the volatility caused by the recent hurricanes, job gains averaged about 170,000 per month from January through October, a somewhat slower pace than last year but still above the range that we estimate will be consistent with absorbing new entrants to the labor force in coming years.

With the job gains this year, 17 million more Americans are employed now than eight years ago. Meanwhile, the unemployment rate, which stood at 4.1 percent in October, has fallen 0.6 percentage point since the turn of the year and is nearly 6 percentage points below its peak in 2010. In addition, the labor force participation rate has changed little, on net, in recent years, which is another indication of improving conditions in the labor market, given the downward pressure on the participation rate associated with an aging population.

However, despite these labor market gains, wage growth has remained relatively modest. Unemployment rates for African Americans and Hispanics, which tend to be more sensitive to overall economic conditions than those for whites, have moved down, on net, over the past year and are now near levels last seen before the recession. That said, it remains the case that unemployment rates for these minority groups are noticeably higher than for the nation overall.

Meanwhile, economic growth appears to have stepped up from its subdued pace early in the year. After having risen at an annual rate of just 1-1/4 percent in the first quarter, U.S. inflation-adjusted gross domestic product (GDP) is currently estimated to have increased at a 3 percent pace in both the second and third quarters despite the disruptions to economic activity in the third quarter caused by the recent hurricanes.

Moreover, the economic expansion is increasingly broad based across sectors as well as across much of the global economy. I expect that, with gradual adjustments in the stance of monetary policy, the economy will continue to expand and the job market will strengthen somewhat further, supporting faster growth in wages and incomes.

Although asset valuations are high by historical standards, overall vulnerabilities in the financial sector appear moderate, as the banking system is well capitalized and broad measures of leverage and credit growth remain contained.

Even with a step-up in growth of economic activity and a stronger labor market, inflation has continued to run below the 2 percent rate that the Federal Open Market Committee (FOMC) judges most consistent with our congressional mandate to foster both maximum employment and price stability. Increases in gasoline prices in the aftermath of the hurricanes temporarily pushed up measures of overall consumer price inflation, but inflation for items other than food and energy has remained surprisingly subdued.

The total price index for personal consumption expenditures increased 1.6 percent over the 12 months ending in September, while the core price index, which excludes energy and food prices, rose just 1.3 percent over the same period, about 1/2 percentage point slower than a year earlier.

In my view, the recent lower readings on inflation likely reflect transitory factors. As these transitory factors fade, I anticipate that inflation will stabilize around 2 percent over the medium term. However, it is also possible that this year's low inflation could reflect something more persistent. Indeed, inflation has been below the Committee's 2 percent objective for most of the past five years. Against this backdrop, the FOMC has indicated that it intends to carefully monitor actual and expected progress toward our inflation goal.

Although the economy and the jobs market are generally quite strong, real GDP growth has been disappointingly slow during this expansion relative to earlier decades. One key reason for this slowdown has been the retirement of the older members of the baby-boom generation and hence the slower growth of the labor force. Another key reason has been the unusually sluggish pace of productivity growth in recent years.

To generate a sustained boost in economic growth without causing inflation that is too high, we will need to address these underlying causes. In this regard, the Congress might consider policies that encourage business investment and capital formation, improve the nation's infrastructure, raise the quality of our educational system, and support innovation and the adoption of new technologies.

With ongoing strengthening in labor market conditions and an outlook for inflation to return to 2 percent over the next couple of years, the FOMC has continued to gradually reduce policy accommodation. The Committee raised the target range for the federal funds rate by 1/4 percentage point at both our March and June meetings, with the range now standing at 1 to 1-1/4 percent. And, in October, the Committee began its balance sheet normalization program, which will gradually and predictably reduce our securities holdings.

The Committee set limits on the pace of balance sheet reduction; those limits should guard against outsized moves in interest rates and other potential market strains. Indeed, there has been little, if any, market effect associated with the balance sheet runoff to date. We do not foresee a need to alter the balance sheet program, but, as we said in June, we would be prepared to resume reinvestments if a material deterioration in the economic outlook were to warrant a sizable reduction in the federal funds rate.

The neutral rate currently appears to be quite low by historical standards, implying that the federal funds rate would not have to rise much further to get to a neutral policy stance. If the neutral level rises somewhat over time, as most FOMC participants expect, additional gradual rate hikes would likely be appropriate over the next few years to sustain the economic expansion.

Of course, policy is not on a preset course; the appropriate path for the federal funds rate will depend on the economic outlook as informed by incoming data. The Committee has noted that it will carefully monitor actual and expected inflation developments relative to its symmetric inflation goal. More generally, in determining the timing and size of future interest rate adjustments, the Committee will take into account a wide range of information, including measures of labor market conditions, indicators of inflation pressures and inflation expectations, and readings on financial and international developments.

Janet Yellen is Chair of the Board of Governors of the Federal Reserve System. She previously served as President and Chief Executive Officer of the San Francisco Federal Reserve. Her prepared testimony was presented last week to the Congressional Joint Economic Committee.