Here are 10 recent developments that will impact employers and employees over the next year.

U San Diego School of Law 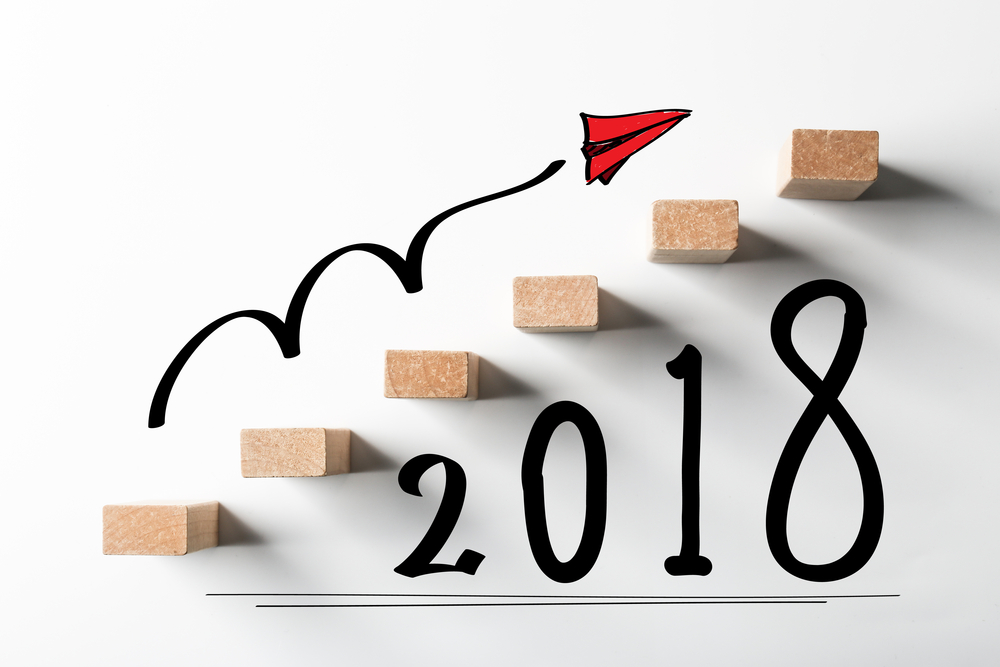 The year 2017 was chock-full of nuanced changes to the labor and employment landscape in California, all of which will impact employers in 2018 and beyond. We review a few legal developments you might have missed.

California's "New Parental Leave Act" (Cal. Lab. Code §12945.6) applies protected leave requirements to employers of twenty or more employees. Previously, these requirements applied only to employers of fifty or more. Any employee with more than twelve months of service is now entitled to take up to twelve weeks of protected, unpaid parental leave within one year of a child's birth, adoption, or foster care placement. In addition, the new law also implements a pilot mediation program to deal with Department of Fair Employment and Housing charges based on alleged leave violations. Thus, as of January 1, 2018, all but the smallest employers in California will need to learn to manage parental leave and become familiar with the particularities, and pitfalls, of the law.

MORE PERILS UNDER THE PAGA

On remand from the California Supreme Court's decision in Williams v. Superior Court (Marshalls), 3 Cal.5th 531 (2017), the court of appeal directed the trial court to issue an order granting discovery of names and contact information for all potentially aggrieved employees of the defendant in California. Williams v. Superior Court (Marshalls), 224 Cal.Rptr.3d 926 (Mem.). The Supreme Court was not moved by the defendant's arguments that producing name and contact information for all nonexempt employees in California impinges on inalienable privacy interests, was overly burdensome, or required a showing of commonality, standing, or good cause for disclosure. See 3 Cal.5th 531, 544, 549, 552, 554. The court again sanctioned the procedure articulated in Belaire-West Landscape, Inc. v. Superior Court (Rodriguez), 149 Cal.App.4th 554 (2007), for potentially aggrieved employees to opt-out of disclosure of their private information. See 3 Cal.5th at 559. At the same time, the court did not rule out the possibility that good cause to limit discovery by motion pursuant to Code of Civil Procedure section 2019.020 might exist. Id. at 550-551. "[I]n a particular case," the court said, "there may be special reason to limit or postpone a representative plaintiff's access to contact information for those he or she seeks to represent, but the default position is that such information is within the proper scope of discovery" in a PAGA action. Id. at 544. Apparent conflicts between the named representative and other allegedly aggrieved employees, or between counsel and the individuals sought to be represented, may persuade courts to limit discovery, but employer defendants cannot go wrong with the tried and true method of developing evidence to negate the named PAGA plaintiff's allegations early in the case, whenever possible.

Employers hoping their good faith compliance with Labor Code requirements would save them from civil PAGA penalties, which are often duplicative of statutory penalties, were also disappointed in 2017. In Lopez v. Friant & Associates, 15 Cal.App.5th 773 (2017), the court of appeal held that claims brought under the PAGA for violation of Labor Code section 226(a), which enumerates information required to appear on wage statements, need not satisfy the "knowing and intentional" requirement for proving damages under Labor Code section 226(e)(1). In explaining its decision, the court of appeal noted, "A plaintiff prevailing on a section 226(a) PAGA claim could invoke collateral estoppel (issue preclusion) to establish a violation of section 226(a), but not to establish the additional elements of 'injury' and a 'knowing and intentional' violation required for a 226(e) claim." Id. at 787. Section 226(e)(1) sets forth the requirements for a private right of action, and its requirements are not incorporated into the PAGA by its own terms. Id. at 785. This reasoning further empowers plaintiffs to plead and prove entitlement to PAGA penalties, irrespective of an employer's efforts to comply with the law.

These decisions, among many PAGA rulings in 2017, promise to keep employers on the defensive against windfalls for expensive, technical Labor Code violations.

Unlike claims arising from the "normal incident of employment," the Workers Compensation system does not provide an exclusive remedy for claims involving discrimination, harassment, and retaliation. See Ly v. County of Fresno, 16 Cal.App.5th 134, 140 (2017). Employees claiming injuries resulting from such alleged wrongful conduct can choose to pursue claims under the Workers Compensation Act (Cal. Lab. Code §§ 3600, et seq. ("WCA")) or civilly under the Fair Employment and Housing Act (Cal. Gov't Code §§ 12900, et seq. ("FEHA"), or both. Id. at 140-141. In a case where employees sought to recover damages based on the same facts under both the WCA and FEHA-and first obtained rulings in the workers compensation tribunal- the employer argued that they had suffered no compensable injuries. The employer moved for summary judgment and won based on res judicata. See Ly, 16 Cal.App.5th at 141. Because the workers sought to recover for alleged violation of the same "primary rights," claim preclusion applied and the Workers Compensation Appeals Board findings were conclusive as to the workers claims in the civil action. (This is not to be confused with California Unemployment Insurance Code section 1960, which provides that findings of facts or law, judgments, conclusions and final orders made in unemployment insurance proceedings are not admissible or binding in any other proceeding.)

Many employers, if not most, have separate counsel defending WCA and FEHA claims. The lesson from Ly is that counsel in such cases need to coordinate their efforts early in both tribunals to avoid adverse rulings against them, and to capitalize on rulings in their favor, in light of potential preclusive effects.

In another case that did not end well for the employer, the court of appeal held in M.F. v. Pacific Pearl Hotel Management LLC, 16 Cal.App.5th 693 (2017), that WCA exclusivity does not apply where an employee articulates viable FEHA claims. In M.F., those viable claims lead the court to consider whether employers may be liable for sexual harassment committed by a third party (nonemployee) trespasser. Although the employer did not know, and had no reason to know, that a nonemployee posed a risk prior to his entry to the property, as soon as the outsider had engaged in wrongful conduct toward one employee, the employer had an immediate duty to protect other employees. Whether sufficiently reasonable and prompt corrective measures were taken to absolve the employer of liability was a question of fact that could not be decided on summary judgment. Id. at 701, 703. The point is this: The moment a hotel employee reported being accosted by a previously-unknown assailant, the employer was on notice, and potentially on the hook.

With the passage of Assembly Bill 168 which added section 432.3 to the California Labor Code, employers are prohibited from inquiring about a job applicant's salary history, or relying on salary history exclusively to determine whether to make an offer of employment and at what rate of pay, unless prospective employee volunteers the information without any prompting. Further, upon request, employers must provide employees with a pay scale specific to a position. Remember that salary history alone is no excuse for a pay disparity for "substantially similar work" under 2015's California Fair Pay Act (Cal. Lab. Code § 1197.5). The pay scale disclosure requirement gives employers even more reason to develop or review existing pay scales in anticipation of employee requests to show them the money.

GET ON THE "BAN-THE-BOX" BANDWAGON

Any employers still asking applicants for prior criminal convictions absent conditional offers of employment need to join the ban-the-box bandwagon in California. Assembly Bill 1008 amends FEHA by making it unlawful for employers in California with at least five employees to include questions about an applicant's conviction history in the hiring process, or to otherwise consider an applicant's conviction, arrest, or diversion history, except in very specific circumstances relating to the type of employment being offered. See Cal. Gov't Code § 12952.

California employers face steep penalties for violating new laws enacted to provide added protections to immigrant workers. As of January 1, 2018, employers must not: consent to an immigration enforcement agent's entry to private areas in the workplace without a warrant; consent to immigration enforcement agents' access to employment records without a subpoena or court order; or respond to a request for verification of employment eligibility for a current employee except as otherwise required by federal law. Under the new law, employers in California are required to give current employees notice of any I-9 form inspection or review of any employment records by an immigration agency within 72 hours of the employer itself receiving notice of an inspection. See Cal. Gov't Code §§ 7285.1-7285.3; Cal. Lab. Code §§ 90.2, 1019.2.

TIME TO RETOOL THE SUPERVISOR TRAINING

California law mandates that employers of fifty or more employees provide supervisory employees with at least two hours of interactive training on sexual harassment prevention and abusive conduct every two years, or within six months of an employee entering a supervisor position. With the passage of Senate Bill 396, California employers must ensure that training covers harassment based on gender identity, gender expression, and sexual orientation in addition to sex. The law specifies that the training "shall be presented by trainers or educators with knowledge and expertise in the prevention of harassment, discrimination, and retaliation" and must include practical examples. The new law also requires employers to post and distribute an updated notice provided by the Department of Fair Employment and Housing that includes information about transgender rights. See Cal. Gov't Code §§ 12950, 12950.1.

In addition to reviewing the foregoing developments, California employers should audit their existing policies--written and unwritten-to ensure compliance with the current state of the law.