Haight Brown marks its 80 years with 80 acts of kindness

Partners Denis Moriarty and Kenneth Anderson found that many of the firm’s employees were already volunteering. 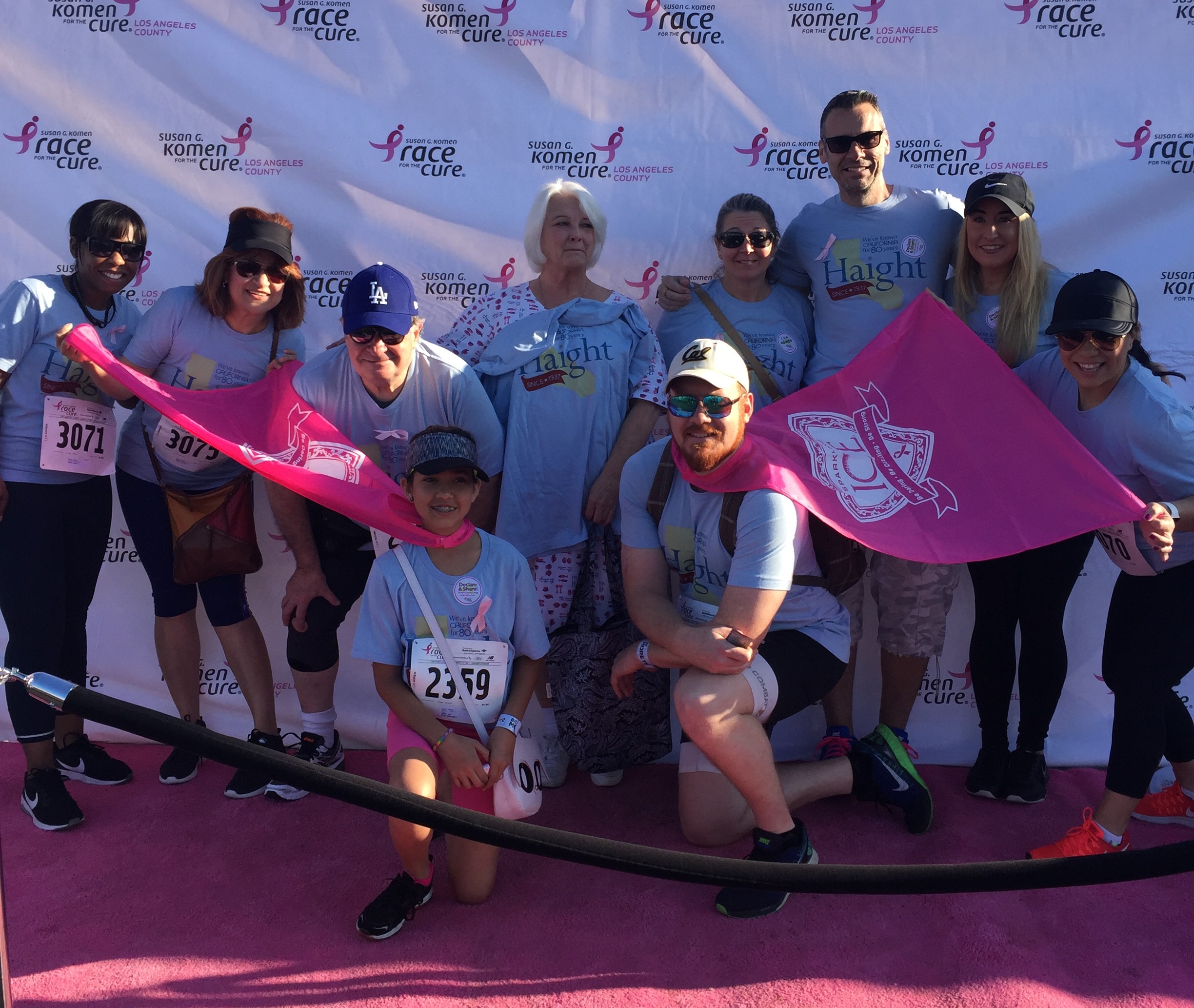 When Los Angeles partners Denis Moriarty and Kenneth Anderson thought about doing something to celebrate Haight Brown & Bonesteel LLP’s 80th anniversary, they talked about performing charity work throughout the course of the year. The firm already had a strong pro bono program but wanted to do something that didn’t involve legal services.

To their surprise, some of their colleagues had already been going about it quietly, some for years, participating in food drives, volunteer work or doing other Good Samaritan deeds.

“Lawyers had their own individual charities, and we didn’t know about that. We were kind of surprised by the scope and breadth of the volunteer-type activities they were involved in. We saw an opportunity to intensify the impact through collective action,” Moriarty said.

Anderson said this was a good opportunity to formalize all the good work that had been done. “We decided to create more,” he said.

The firm came up with the idea to perform 80 acts of kindness throughout the year, in which attorneys enlisted their various charities. The all-hands-on-deck effort wasn’t limited to lawyers. Assistants, office managers and the human resources department joined in.

One attorney who had already been giving back was Allegra Perez. For 15 years, Perez had traveled to the coastal city of Ensenada, Mexico, volunteering as a translator for nonprofit Thousand Smiles Foundation, which helped families obtain dental care and aid for those with cleft palates.

“When I get there on Friday mornings, you literally see hundreds of families out there waiting to be seen. There are families that will travel many hundreds of miles by bus just to get there,” said Perez, whose practice is medical malpractice defense.

She said she was especially surprised at how many children were abandoned by parents, instead arriving with an aunt or grandparent.

Partner Victor Anderson shaved his head as part of a campaign to raise money for a childhood cancer research fund. Haight contributed $1,000 to St. Baldrick’s Foundation, which disperses money to cancer research institutions.

In March at Dodger Stadium, 10 employees comprising associates, partners, and staff participated in the Susan G. Komen Race for the Cure event, which for 30 years has funded breast cancer research.

Haight’s six offices also challenged each other to different acts, like delivering clothes for the needy. “It got everyone competitive,” said Anderson, who dropped off clothes for various drives around Los Angeles.

“It’s sort of a boost to the morale of the employees when the firm gets behind the organization that they’ve supported,” said Moriarty, who donated winter clothes to the LA Mission, who in turn gave it to veterans.

Moriarty, a veteran himself, also does pro bono work. He helped one veteran whose home was in foreclosure. The law says a service person can’t be foreclosed on while they are deployed, Moriarty said.

He commended employees for being able to find enough hours in a day to lend their time, especially as many are busy attorneys.

“There were times that I thought I bit off a little bit more than I could chew. You try to keep people motivated. A lot of these initiatives result in compassion meeting fatigue, but we haven’t experienced that here,” Moriarty said.