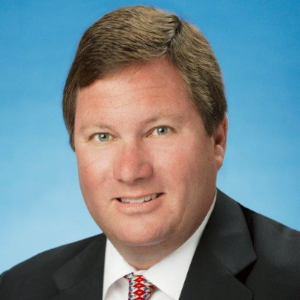 An indicator of the growing interest in the student housing space comes from the Pension Real Estate Association's (PREA) annual Investment Intentions Survey where "Other" real estate sectors (including student housing) garnered 14 percent to 18 percent of expected equity investment allocations in 2015, causing PREA to single out Student Housing and Healthcare as independent real estate sectors beginning in 2016.

As its own category, more than 40 percent of domestic institutional investors reported an intent to deploy capital in student housing in 2017. Additionally, student housing has also become a targeted asset class for large international investors. Given this increasing appetite, it should be no surprise that student housing investment sales reached all-time highs in 2015 ($6B) and 2016 ($10+B), with 2017 keeping pace with 2015's volume.

Many larger institutional investors are only interested in investing in niche sectors of commercial real estate if they can place meaningful allocations (hundreds of millions of dollars) of equity capital in the sector, looking for qualified operators with institutional resumes and demonstrated investment performance. Generally, this is accomplished through joint ventures/separate accounts with private operators, or co-mingled funds through private equity firms.

Harrison Street Real Estate (HSRE) is the leading private equity firm in the space and has been an institutional vehicle for investment largely in student housing, self-storage and medical office through its series of core and opportunistic comingled funds. Last year HSRE took NYSE-traded Campus Crest private in a multi-billion-dollar acquisition. Blue Vista is also a significant private equity firm with funds dedicated to student housing.

One of the constraining factors in niche sectors of commercial real estate is the finite number of companies with institutional qualifications. This has driven a consolidation of ownership in the student housing industry, with the leading national companies growing significantly in this decade.

The Top 25 Owners in the sector dominate student housing ownership, with their annual market share of the AXIO 175 Markets ranging from 59 percent to 69 percent and averaging 65 percent in recent years This shows that as over 261,000 new beds were delivered to the national marketplace since 2010, the majority of that additional supply has either been held by or sold to the Top 25 Owners. The aggregate beds owned by the Top 25 has increased 75percent since 2010 from 276,412 to 482,684 beds today. The relative market share also affirms that the Top 25 remain the major players in the acquisition of existing student housing assets.

The student housing industry remains ripe for further consolidation of student housing ownership in the future. The continued success of public REITs ACC and EdR affords them ready access to capital for continued growth through new development and tactical acquisitions to maintain significant market share.

At the same time, strong growth, investment success and growing human resource capacity amongst the leading private student housing companies is attracting larger equity investment allocations from pension funds and other domestic and international institutional investors, where allocations to niche real estate asset classes are growing, but currently only scratching the surface of total potential.

The future will bring additional core capital into the student housing space, which will serve to further stabilize the student housing investment market and bring justified cap rate compression to non-pedestrian assets; pedestrian assets have already compressed following the pattern of conventional multi-family properties. Even though several of the industry's larger private companies explored IPOs without success in recent years, one or two more IPOs are likely to occur in coming years.

However, the most notable change from an equity capital perspective will be an increasing trend of student housing being earmarked for a dedicated portion of the multi-family allocation made by pension funds, endowments and foundations, with student housing likely to receive an asset allocation in the range of 10 percent to 15 percent of a typical pension fund's real estate allocation in coming years.