En Garde!: Don't play the media game unless you know the rules

When you speak in public anywhere, you should assume that media are present and your comments are on the record. 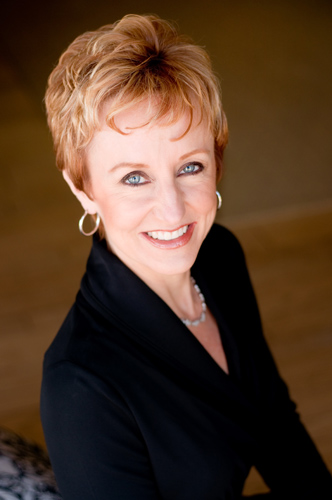 Author Michael Wolff owes the Trump Administration a debt of thanks for enacting tax reform just in time. His book "Fire and Fury" is flying off shelves and making him a tidy profit.

One of his sources, former Trump campaign chairman and former head of Breitbart News Steve Bannon, is now out of a job. You'd think Bannon would know better than to offer up incendiary comments to a reporter prowling around the White House unsupervised for weeks.

People give up information to reporters and then profess to be astonished when their comments become public. In Wolff's case, there is history of similar revelations handed to him on a silver platter. Working for USA Today in 2014, Wolff became embroiled in a public feud between Uber and the website Buzzfeed.

As a strategic communication advisor and former professional journalist, it amazes me how few people understand the rules of the road when it comes to speaking with journalists. On the record, off the record, not for attribution, deep background -- all these terms have specific meanings to a reporter.

Major news organizations from National Public Radio to The New York Times to Mashable have internal guidelines or codes of ethics. The Society for Professional Journalists (SPJ), offers an industrywide standard code of ethics. All are accessible to the general public on their websites. https://www.spj.org/ethicscode.asp

The default position for journalists is to identify all their sources as clearly and specifically as possible. SPJ's Code of Ethics explains, "The public is entitled to as much information as possible on sources' reliability." NPR's handbook says "Attribute, attribute, attribute." http://ethics.npr.org/

Assume everything you say and everything you do when interacting with the news media is on the record, including observable actions or statements in public venues like courthouse corridors. If you want to provide information and don't want to be named as the source, the negotiation needs to take place in advance.

Journalists need a good reason to disguise the source of information. Identification is the professional standard. It provides verification and it may also provide protection from legal action.

When you speak in public anywhere, you should assume media are present and your comments are on the record. This seems obvious at a public meeting, event, or conference. Even if media aren't present, assume someone could record your remarks and hand that recording to a member of the media -- or publish it themselves via social media.

"Off the record" is a term of art. Don't use it until you and any journalist involved have a mutual agreement of its definition in your specific context. In general, it means no notes or recording, and the journalist cannot quote you or ever refer to the information under any circumstances.

But in some cases, the journalist may seek out another source to verify your information. If you're the only person in a position to know these facts, it's possible other sources may be able to figure out how a reporter knew what to ask them, and you'll be caught red-handed. Even if the reporter digs up public records verifying your information, it might be possible to trace the information back to you among those in the know.

The terms "on background" and "not for attribution" are even less binding. If you agree to provide information under these terms, a reporter may quote you as an anonymous source. Consider whether any source description (or even your choice of vocabulary) might reveal your identity. Most journalists will describe the source as specifically as possible without using your name, but that's hardly a guarantee people won't figure it out.

None of these terms are part of any laws on the books, unless you sign a contract governing the specific use of the information you provide to a journalist. There are plenty of circumstances where breaking agreements or lying on either side is unethical and can do serious damage to reputations, careers, and even media outlets. Journalists understand burning sources can hurt their careers, and they generally don't do it.

Bottom line: if I can't stop you from playing this game, consider it a negotiation. In negotiations, there are more often winners and losers than win-win outcomes. Be absolutely certain both parties involved, interviewer and interviewee, agree on all definition of terms and what will and won't be published or broadcast. Assess whether the information can come back to you, and the consequences if it does. It was worth it for Mark Felt, AKA "Deep Throat" of Watergate fame. It might not be for you.

Gayle Lynn Falkenthal, APR, Fellow PRSA, is a veteran strategic communication and crisis response consultant. She is the president of the Falcon Valley Group based in San Diego, California Connect with Gayle on LinkedIn: https://www.linkedin.com/in/falconvalleygroup/