The fate of DACA will send ripple effects across the nation and in all areas of employment and legal matters. 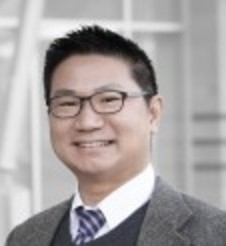 By Jared Leung
Twenty-eighteen has begun with both promise and alarm concerning immigration reform. As expected this past September when the Trump administration announced its cancellation of the Deferred Action for Childhood Arrivals Program, DACA is at the forefront.

On January 9, Judge William Alsup, a U.S. District Court Judge for the Northern District of California, issued a nationwide injunction against the "Sept. 5, 2017," rescission of DACA by the White House. The injunction prevented the termination of the DACA program scheduled to take place on March and instructed the Department of Homeland Security (DHS) to resume accepting renewal applications.

On January 13, the United States Citizenship and Immigration Services (USCIS) cited the Court's decision and resumed accepting DACA application under the same terms in place before the "September 5 rescission with two major exceptions:

USCIS' announcement can be viewed at https://goo.gl/E5bVxD.

The fight over DACA subsequently played a part in the shutdown of the federal government, which began on January 20. There were many reasons for the shutdown, such as funding for defense, the border wall, CHIP (Children's Health Insurance Program), etc., but inability of Senate Republicans and Democrats to find common ground on DACA was a major barrier to reaching an agreement that would have avoided the shutdown.

Just three days later, the shutdown ended for the immediate future through an agreement to fund the government through February 8. The agreement was based on a pledge by Senate Majority Leader Mitch McConnell to allow an immigration vote before February 8 to decide the fate of DACA.

Just four days later, on January 24 the White House announced the "Framework on Immigration Reform and Border Security," which proposed the following:

How should we prepare for this?

First, anything can happen. Expect the unexpected. If we can do something based on a court decision or temporary policy shift, we should act on it quickly, because we do not know how long that window of opportunity will be opened.

Second, DACA recipients and their employers should act ASAP. The Justice Department is seeking SCOTUS' review of the District Court decision on DACA, so we know that the Administration wants to cancel DACA in its current form by overturning the injunction issued by Judge Alsup.

We do not know how long the DACA legal injunction will last. For those who are eligible for DACA but have never applied, they are unfortunately out of luck. But for everyone else, they should immediately apply to renew DACA benefits if eligible. At the very least, they can extend their employment work authorization for two more years.

Employers with DACA employees will feel the most repercussions if DACA completely disappears. They will collectively lose 750,000 workers who are reliable and eager. As such, we recommend that employers identify their DACA employees and encourage them to apply for renewal of their status and work permit if applicable.

Also, if you are an employer and value the work currently done by a DACA employee, you should contact Congress and let them know how you feel.

Third, U.S. citizens and permanent residents should consider submitting petitions for their eligible sons, daughters, and siblings under the current system. It is clear that the long-standing principle of family unity in U.S. immigration is under attack.

"Chain migration" is such a derogatory and misleading term with respect to our current immigration system. It completely disregards the quota allocations already in place to ensure proper administration of the number of immigrants permitted each year based on family petitions.

Nonetheless, because "anything can happen", we suggest filing a family petition if needed to safeguard the options for any affected individual.

Fourth, more than ever, visitors and immigrants must clearly stay on the right side of the law. This seems obvious. However, in my law practice, I have seen people who make mistakes and wrong choices regardless of their immigration status. (Don't we all?). Visitors and intending immigrants who make simple mistakes may find themselves becoming deportable or removable from the U.S.

More will unfold in the next two weeks. The fate of DACA will send ripple effects across the nation and in all areas of employment and legal matters. It is my sincere hope that our leaders can cast aside political differences and work together to ensure a resolution that encompasses both justice and compassion.