Race to 5G: US global leadership at stake

Wireless operators will invest as much as $275 billion nationwide over seven years as they build out 5G. 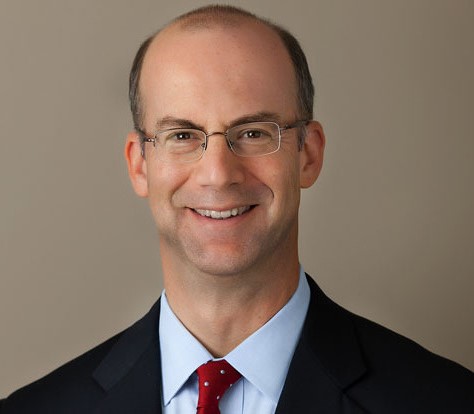 The United States has been a leader in mobile communications and 4G. There is no guarantee, however, that the U.S. will stay on top as 5G rolls out. So the wireless infrastructure industry is working with Congress on sound policies to encourage deployment of broadband for all Americans so that the U.S. can remain on the cutting edge of wireless deployment, including 5G.

America is facing an economic and technological challenge that can be described as the wireless data crunch. The challenge is to meet consumers' increasing demand for mobile data while keeping up with the network's capacity to deliver it. According to Cisco, over the next five years, mobile data traffic in the U.S. is set to increase five-fold. Much of that growth is coming from smartphones, which account for most of the wireless connections today. But the number of machine-to-machine connections and machine- or device-to-Internet connections is growing exponentially. Cisco found that the number of Internet connected devices will increase three-fold by 2021, with smartphone traffic exceeding PC traffic over the next five years.

These statistics underscore the need for government policies that consider the growing demand for mobile data and address the challenges of meeting it by efficiently deploying wireless infrastructure. This tremendous growth in demand is both encouraging and sobering at the same time. The issue for the wireless infrastructure industry is how to meet this demand. The projections should serve as a wake-up call that industry and the government at all levels need to continue to work together to maintain the U.S.'s position as the global leader in wireless innovation.

We certainly need more spectrum -- as much as we can get, as quickly as we can get it. The mobile carriers paid high prices for spectrum in the recent auction, which is understandable because there may not be many available opportunities for significant new spectrum in the near future, other than very high-frequency spectrum. With the successful close of the 600 MHz Incentive Auction, the last scheduled auction, it is more important than ever to plan for future spectrum needs.

Technological efficiencies will also help ease the wireless data crunch. But even as we build out 4G and soon 5G, traffic immediately diverted to these new and more efficient standards-there's lag time here, too, with old 3G and even 2G handsets still in use. 5G will also require new handsets that will take many years and significant expense to get into consumers' hands.

While carriers can incentivize customers to use new and more efficient handsets, this takes time. Technological innovation alone will not enable the wireless industry to meet growing consumer demand, even when combined with any new spectrum.

Wireless infrastructure immediately addresses the wireless data crunch as soon as it is deployed, but deploying infrastructure also takes time. And even with more spectrum or increased technological advancements, far more infrastructure is needed to deliver sufficient bandwidth. The massive growth in the number of connected devices will strain the capabilities of the infrastructure we have today. Supporting the demand for more infrastructure will require major investments. We need additional cell towers and poles and more antennas of all types and sizes that attach to structures of all sizes. And we need the all-important fiber networks that connect all these technologies.

The benefits of 5G for economic growth, job creation and American competitiveness are well-documented. In fact, Accenture estimates that wireless operators will invest as much as $275 billion nationwide over seven years as they build out 5G. This investment could create direct impacts of 350,000 new construction jobs and a total of 850,000 jobs in the U.S. when considering suppliers and other partners cumulatively over the seven years of network build-out. The broader economic benefits from 5G could create an additional 2.2 million jobs in communities across the country. In total, about 3 million new jobs could be created by the 5G revolution and lead to a $500 billion boost to the GDP.

5G networks will be up to 100 times faster and five times more responsive than today's networks. It will be able to support 100 times more wireless devices. It will bring faster speeds, greater value, and more choices for consumers. 5G will spur life-altering innovations in telemedicine, distance learning, improved public safety response, mobile banking, and a host of industrial and manufacturing functions.

Communities, big and small, will also benefit from 5G. "Smart Communities" will emerge across the country, providing municipalities the ability to improve quality of life for their residents and saving significant taxpayer money. 5G solutions applied to connected cars and the management of vehicle traffic and electrical grids could produce $160 billion in benefits and savings through reductions in energy usage, traffic congestion and fuel costs. These 5G attributes will provide cities and towns with opportunities to reduce commute times, improve public safety and generate significant smart grid efficiencies.

The U.S. can lead in 5G. Several 5G trials are ongoing across the country, and the Federal Communications Commission (FCC) opened nearly eleven gigahertz of high-band spectrum that serves as an important down payment on the spectrum needed to support 5G.

America is well-positioned, but there is growing competition from around the world. If U.S. policy does not evolve to encourage 5G investment, then other countries will surpass us and we will have missed an opportunity to create millions of jobs and hundreds of billions in economic activity.

I am confident U.S. policy will rise to meet the challenge. Given strong leadership we are seeing from Congress, the FCC and the Administration, it is clear there is significant policy support that will enable the U.S. to lead the world in 5G deployment and innovation.

Jonathan Adelstein is president and CEO of the Wireless Infrastructure Association. Its more than 200 member companies includes Qualcomm, which has a seat on WIA's Regulatory Affairs Committee. Adelstein's remarks are excerpted from his recent testimony before the U.S. Subcommittee on Communications and Technology.