San Diego ranked 11th out of the 20 largest cities in job growth the past 12 months; 2nd in hourly wage growth. 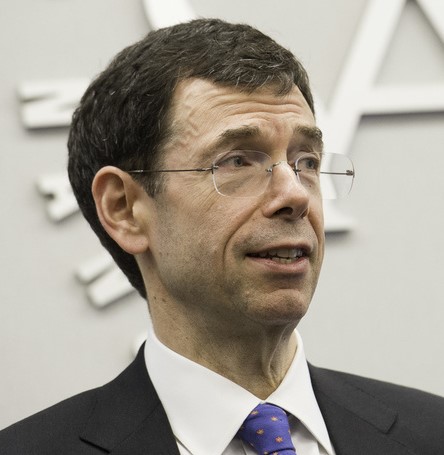 The focus on small businesses is a series of stark facts: even as the American economy is more than 100 months into the current recovery -- now the third longest on record -- the "small business economy" has continued to face some serious challenges.

Perhaps the simplest and most economically significant demonstration of the challenges faced by small businesses is that the number of small firms actually declined over the five years from the start of the recent recession -- the only such decline since the data became available in the late 1970s. Relative to the trend growth rate experienced from 1977 until 2007, there are roughly 675,000 fewer small businesses operating today than we would have expected.

This is five times the largest prior gap of 130,000 small firms experienced in 1982, which was also the last time the U.S. economy endured a recession as severe as what was experienced in 2008, both of which were related to financial crises.

The pattern of job growth following the 1982 recession reflected a strong small-business recovery. Four years after the end of the 1982 recession, there were nearly 9 million more jobs at small firms than there were before the recession began, reflecting the rapid pace of the recovery. Over the same timeframe, large firms added nearly 3.5 million jobs, roughly 60 percent below the comparable figure for small firms.

Beyond new firm formation, and job growth, the resulting differential between large firm and small firm wage growth is equally stark. Although wages (indexed to 1996 levels) at both large and small establishments increased nearly in tandem during the decade before the crisis, these two figures have since diverged and now reflect a gap of nearly 20 percentage points. This suggests that small businesses continue to struggle, and that their employees may be paying an ongoing price in the form of lost wages.

Since the broad deregulatory wave of the early 1980s, the volume of rules and of regulations that apply across industries has multiplied, with greater scope and seemingly increasingly severe enforcement. In particular, new banking regulations have made bank credit both more expensive and less available, affecting small businesses disproportionately as they lack access to affordable alternatives.

The impact these rules have had on consumer credit, including on credit cards and home loans, is particularly problematic for small businesses.

While the topic of consumer credit may not seem relevant in the context of new firm formation or small business growth, the reality is that start-up and growth financing often rely on the owner's ability to use credit cards, second mortgages and other personal sources of credit.

The reduction in mortgage availability helps to explain why the homeownership rate is now at the lowest level in nearly 25 years. Importantly, as it relates to small businesses, this means that the equity and credit small businesses require to open and to operate are more limited than in the past.

In our firm's recent survey of over 1,000 small business owners who have participated in the Firm's 10,000 Small Businesses program, 70 percent of founders said their personal credit score was important to secure the financing necessary to start their businesses, while 80 percent of all business owners (founders and nonfounders alike) said their personal credit score would be used to secure new financing today.

What's more, for businesses formed in the last five years relative to those formed prior to 2007, there has been a notable shift from the use of home loans, personal loans and personal credit cards to greater use of retirement funds, personal savings and private investments to cover start-up costs.

Why should America care?

Small businesses are an essential part of the U.S. economy. They provide jobs to nearly 60 million people -- that's just shy of half the non-farm private workforce -- while also supporting workforce dynamism and social mobility.

Small businesses employ a more diverse group of individuals than do large firms, with a larger share of employees who are younger (less than 25 years old), have a formal education below the high-school level, and are older (65 years or older). They also employ a higher share of women and of the disabled. Small businesses are a key generator of social and economic mobility and thus are an important source of stability and renewal.

What can be done to encourage small business growth?

Given the relative resource disparity that exists between large and small firms, operational processes that are time consuming, paperwork-intensive and overly complex or frequently changing create a disproportionate burden for small businesses.

In response to the survey of 10,000 Small Businesses, owners have identified that determining which rules apply to them, understanding these rules and navigating frequent rule changes are some of the key challenges they face.

Beyond the logistics of navigating regulation directly, a heavy indirect regulatory burden is often passed down from larger firms or from the public sector to the small businesses they work with; this may occur in cases where small firms would otherwise be formally exempt from the rules. This "inherited" burden of regulatory compliance makes it increasingly difficult for small firms to compete and to win business from bigger corporate clients and from the government.

Moreover, greater public sector support is needed to rebalance the risk inherent in investing in human capital and to support small businesses as they hire and train tomorrow's workforce. In the recent past, recognition of the challenges facing small businesses has grown and steps have been taken to lighten the burden, but far more will need to be done to reinvigorate small business growth.

Even as entrepreneurs and small businesses have had difficulty accessing capital, large firms have been able to tap into the public capital markets at low rates. This means that we've effectively seen the financing costs of large corporations decline relative to small businesses' costs, putting smaller firms at a competitive disadvantage. This, in all likelihood, is a major reason why large companies have experienced a stronger recovery than have smaller ones.

Steven H. Strongin is managing director of Goldman Sachs & Co. He appeared this week at a congressional hearing on "Helping Small Businesses Overcome Barriers to Growth." His remarks are excerpted.