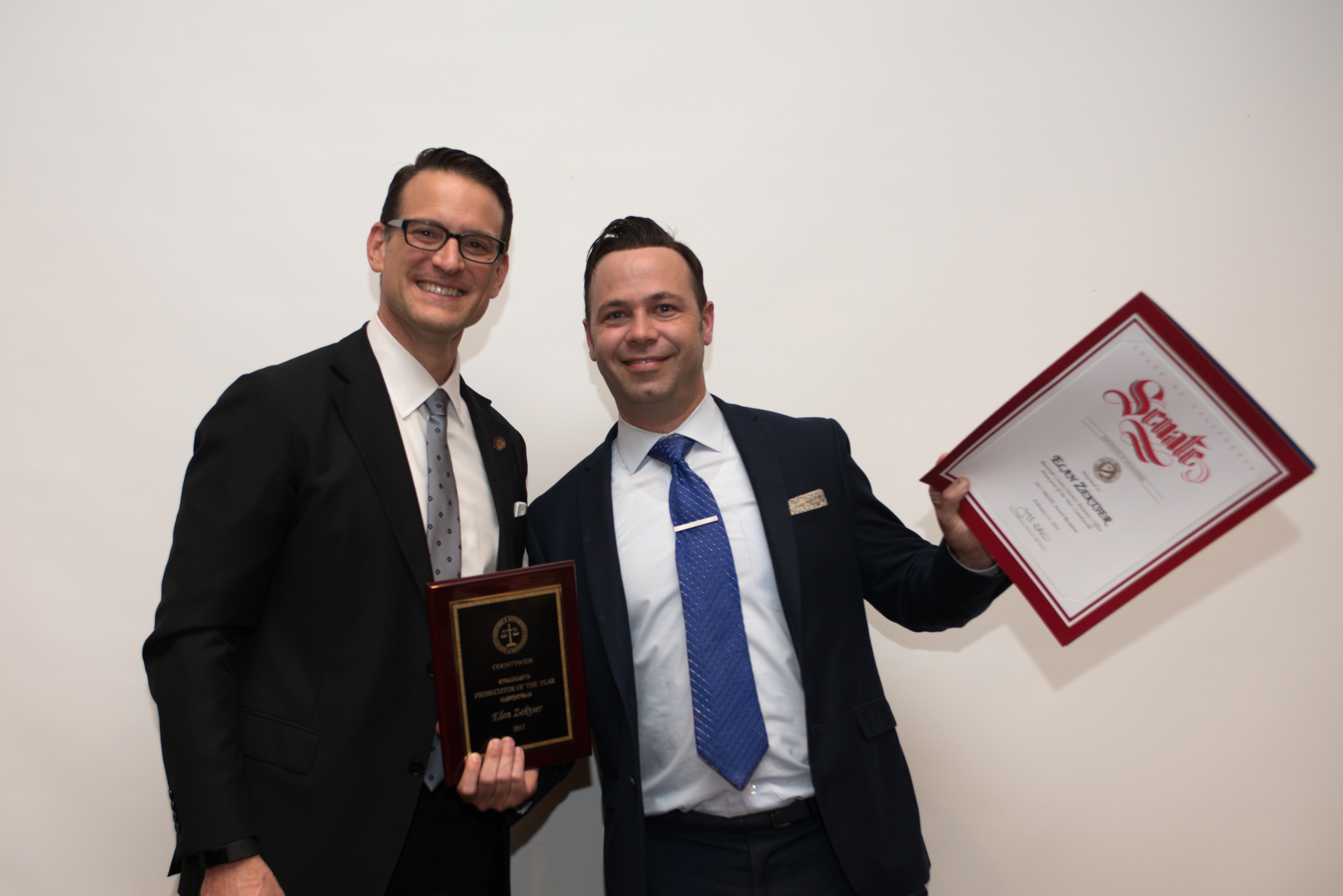 “The people we recognize with these awards truly embody those core values in the extraordinary work they do to ensure that justice is done in our county every day,” said Hestrin.

He also handed out the Countywide Lifetime Achievement Award to Elise Farrell, who retired in December after 30 years with the office, having built a statewide reputation as a consumer fraud expert, trainer and resource for other district attorney’s offices and other agencies.

In addition to his hard work and prosecuting talent, Zektser was honored for his extra efforts in mentoring younger attorneys.

“He leads by example and his productivity helps push other attorneys to achieve more,” said his award nomination.

Farrell was lauded for her ability to attain excellent results while working under extreme circumstances and credited with single-handedly bringing the Consumer Fraud Unit “back to life.”

“She goes out of her way to answer every email, text, or phone call from anyone who needs the benefit of her expertise,” according to her award nomination.

The banquet and PRIDE awards, an acronym for the Program Rewarding Incentive of District Attorney Employees, was entirely covered by money raised through fundraisers held within the office.