Marijuana regulation is not what Prop. 64 promised

Prop 64 promised the new legal pot economy would operate under a computerized system tracking every seed, to plant, to storefront. 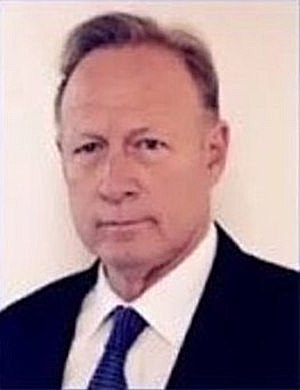 Marijuana commercialization and the problems associated with it continue to ramp up in California and elsewhere. "Legal" marijuana is only supposed to come from "permitted", "regulated" grows that have "tested" marijuana. None of that has been realized and likely never will be.
Prop 64, the Control, Regulate and Tax Adult Use of Marijuana Act, promised the new legal pot economy would operate under a computerized system tracking every seed, to plant, to storefront.

The system isn't ready so 17th century accounting practices are being employed - pencil and paper. Recreational cannabis sales have begun without the computer system. That raises the likelihood that vast amounts of weed will continue slipping into the illicit market, as it has for decades. This "trust and don't verify" system allows growers and "distributors" to operate on the honor system.

The state Department of Food and Agriculture, which is overseeing the "tracking system," said in a January 2 statement that growers and sellers are not required to use it yet and training on how to input data will be necessary before it becomes mandatory, apparently later in the year.

Why are we not surprised?

California produces about 10 times more marijuana than it consumes however only a tiny fraction of that marijuana is coming from permitted regulated grows. Even the "permitted" stores rely on black market marijuana producers. And the excess inventory gets shipped across the country to states in the east where prices are higher. There is no incentive for the black market industry to stop, get inspections and permits, have their pesticide laced products tested and start a labor and time intensive tracking system. Without vigorous local and federal enforcement this industry will continue to flourish.

Prop 64 requires local permits to be issued before the state issues a permit. What we have found is that pot businesses may get a tax ID number (a 5 minute online procedure) and then submit that and their address to the state to indicate that they have a city permit to operate. It appears the state is issuing state permits not even checking to see if the business has a city issued permit, conditional use permit or any other city requirements. The state is not researching the requirements of each city or county and the pot industry knows it.

Prop 64 supposedly gives communities and cities the ability to regulate and even ban the pot industry and its "distributors" and retailers from setting up shop where unwanted. However, what we see is planning groups, small towns and cities being intimidated by the industry demanding access to distribute. If the city pushes back, says no or doesn't agree to allow and regulate the industry, marijuana industry leaders threaten lawsuits and/or well-funded ballot initiatives to force the city into allowing grows, distribution and sales with even weaker regulations.

Prop 64 was intended to insure marijuana businesses would be owned and managed by upstanding citizens. What we are such big cities as Los Angeles, Oakland, San Francisco and Sacramento considering incentives for ex-drug dealers and convicted felons to go into marijuana business and management. It is a 'cannabis equity program' for minorities, the homeless and ex-cons.

What could go wrong with that kind of government assistance? Blacks and Hispanics are already arrested at higher rates for marijuana related crime than whites. And the impacts of drug use and addiction are greater in poorer and ethnic communities.

Scott Chipman is Southern California chair of Citizens Against Legalizing Marijuana CALMca.org and co-founder of San Diegans for Safe Neighborhoods.