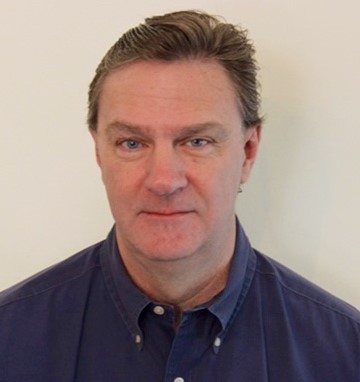 New research indicates that coffee might help cut the risk of heart disease. Apparently, that was taken as good news everywhere -- except California. Four days after that study was published, a Los Angeles County Superior Court judge issued a preliminary ruling that forces stores that sell coffee to post cancer warning labels.

On March 24, the Journal of the American Heart Association published a report that found that habitual consumption of more than three cups of coffee a day "decreased odds of subclinical atherosclerosis among never smokers. The consumption of coffee could exert a potential beneficial effect against coronary calcification, particularly in nonsmokers."

It seems that this sort of science should be widely promoted in "health conscious" California. That description no longer applies, though. The state is now dominated by nags and nannies who relish forbidding pleasure, especially those of a gastronomic nature. It was in this poisoned environment that the Council for Education and Research on Toxics, which filed a lawsuit in 2010 against businesses that make and sell coffee and asked for damages and warning labels, convinced Superior Court Judge Elihu Berle to issue the order.

The group sued under the claim that the companies were not complying with the law, which says that businesses that have 10 or more employees must post warnings about exposure to more than 850 substances that are confirmed or suspected carcinogens. At issue in the java suit is acrylamide, which the plaintiff says is such a threat that customers need to be warned about its presence. But according to Live Science, while "roasted coffee beans contain a known carcinogen . . . it's unclear whether acrylamide levels in coffee are high enough to pose a health risk to humans."

Given that the levels of acrylamide that was found to be carcinogenic in lab rats is "between 1,000 and 10,000 times higher than the levels people might be exposed to in foods," it seems quite clear that it's not a human health risk.

Public health experts agree. John Ioannidis, a Stanford professor of medicine, health research, and policy told technology news website The Verge, that "I'm not the least concerned about coffee being a problem for causing cancer," because the concentrations are so low in coffee.

Joseph Galati, medical director for the Center of Liver Disease and Transplantation at the Methodist Hospital in Houston, holds a similar view. The Verge reported him saying that "I really do not believe that there's any validity to" the claim that the acrylamide in coffee can cause health problems.

"We make a big hoopla about it," Galati said, yet "at the end of the day, it is really meaningless."

But that won't stop the nannies. There's still plenty of pleasurable experiences out there that they can ruin.

Live Science says that "acrylamide occurs in overly cooked or roasted starchy foods, including coffee beans, french fries, potato chips, breakfast cereals and toast." At least two items in that checklist of evil -- fries and chips -- have already been identified as targets. Nearly 13 years ago, California's Democratic Attorney General Bill Lockyer filed a lawsuit against restaurants that sold those foods and companies that manufactured them because of their acrylamide content. The suit was settled three years later after defendants agreed to pay fines, post warning labels, and cut the acrylamide levels in their products.

Lockyer's suit is just one example of why California has truly earned the title of "ultimate nanny state" -- a title it's unlikely to ever surrender. Obsessed California scolds have tried to ban restaurants from serving foie gras; dispatched enforcers to intimidate raw milk drinkers and seize their legitimately purchased products; banned Happy Meal with toys unless the food inside meets the government's approval; designated plastic bags as contraband that has to be smuggled in from out of state; set out to eradicate the scourge of plastic straws; and outlawed caffeinated beer.

The crusaders have also forbidden residents (in the Bay Area) from burning wood in fireplaces on cold nights and denied their right to put wood-burning heating devices in new and renovated homes; sued an energy drink maker to force it to make its drinks less potent; blocked neighbors from cooking for neighbors; and advanced the idea of banishing tackling from youth football.

Some years ago, Gov. Jerry Brown, who undeniably has a nanny streak in him, said "there must be some limit to the coercive power of government." He's exactly right. And that limit was passed long ago in California.