These programs are helping create a generation of “social justice solos” while diversifying the legal profession. 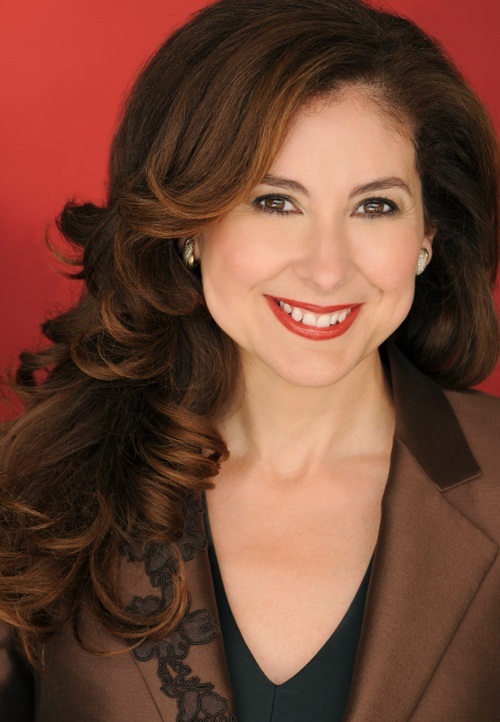 Twice a month, Attorney Monique Moncayo leads a free consumer debt workshop at Norwalk Courthouse in Los Angeles. The attendees have been sued by creditors. Most have never been to court before.

Monique converses with her audience in "Spanglish," a shorthand blend of Spanish and English commonly heard in Norwalk and in nearby East Los Angeles, where Monique grew up. They respectfully address her as abogada and doctora. She cannot give specific legal advice, because that could invoke an attorney-client relationship. But she can, and does, explain the legal process, their options, potential consequences and resources. With that knowledge, she gives them power to make informed decisions about next steps.

Monique is not a legal aid lawyer. She calls herself a "social justice solo." And she loves her work. She earns a living by helping people in her own community, which is the reason she went to law school. While building a client base, she earns stipends from Community Legal Services to lead the workshops. She is also paid on a per diem basis to handle court appearances for the nonprofit law firm, Eviction Defense Network. Opportunities like these provide Monique with needed cash flow and acculturate her to the practice of law while she develops her business.

A proud millennial, Monique embraces the gig economy and entrepreneurism. She does not shy away from hard work or public service. A 2016 graduate of Southwestern Law School, she received the Woolverton Public Service Award for her demonstrated extraordinary dedication to public interest law activities while at Southwestern including contributing over 200 hours of pro bono work as a law student. Today, with a toddler and a baby who is still nursing, solo practice is the perfect way that Monique can fulfill her dream of giving back to her community, on her own schedule and on her own terms.

Despite the term "solo," Monique is not alone. She is a member of the Los Angeles Incubator Consortium. Its mission is to provide training and support to new solo lawyers so they can build financially viable law practices in underserved communities.

As a member of the consortium's fourth cohort, Monique is surrounded by a team of 12 other solos practicing in a variety of areas, mentors, coaches, law school representatives, law librarians, and pro bono directors representing six legal aid organizations, who are all cheering her on and investing in her financial success and well-being.

The Los Angeles Incubator Consortium came into being as a pilot project in 2015, in response to a request for proposals published by the California State Bar's Access to Justice Commission. The request offered seed funds for legal incubator programs to serve lower and modest means communities. The idea was to help bridge the "justice gap," i.e., to provide affordable legal services to people who are not eligible for free legal aid, but cannot afford to hire a lawyer at market rates.

Over three years later, the consortium and its "social justice solos" are flourishing. Loyola Law School took the place originally occupied by Pepperdine, and along with UCLA and Southwestern Law Schools, they supply the program with funding, expertise and select recent law graduates.

Yes, consortium attorneys have student loans. In a perfect world, their pro bono hours would be credited against their loans. Since it is not a perfect world -- yet -- most subscribe to income-based repayment plans, which they find to be manageable.

One unforeseen, yet welcomed, surprise is the stunning diversity of consortium lawyers.

Law is the least diverse profession in the country, with 88 percent of lawyers identifying as "white." Of the 40 attorneys who are enrolled or have completed their year with the consortium, 40 percent are immigrants or first-generation Americans. They collectively speak 19 different languages. More than half are women. One is transgender. Eleven speak fluent Spanish, and 25 percent identify as Latino, 17 percent Asian and 10 percent African-American. While Latinas represent a mere 1.4 percent of lawyers in the country, they represent 22 percent of the consortium's lawyers.

The Bay Area Legal Incubator in Oakland is also exceptionally diverse. Of its first three cohorts, 19 percent identify as Latino; 38 percent as Asian; and 17 percent as biracial. One is transgender; 58 percent are female. More than 50 percent are immigrants or first-generation Americans who collectively speak nine different languages.

Why are California's legal incubator programs so attractive to diverse lawyers? Some confide they do not feel welcome in traditional law firm settings, especially when they are self-conscious about their accents. Others had a childhood dream to start their own law firm or other business. Still others, like Monique, simply want to be their own boss, choose their own clients and cases, and set their own fees, priorities and schedule.

The Los Angeles Incubator Consortium's lawyers all share a passion for social justice. The 27 solo attorneys in the consortium's first three cohorts contributed a total of 4,472 pro bono hours, roughly 165 hours each during their year in the program.

At times, the consortium has been successful to receive grant funding to help support the attorneys as they build their solo practices. In 2017, California Bar Foundation awarded the consortium and Legal Aid Foundation of Los Angeles a grant for a videoconference clinic project. Legal Aid Foundation provided the technology and supervision, and consortium attorneys earned $75 per hour to give free legal consultations to people online who could not travel due to distance, age, disability or other hardship.

As a society, we can no longer afford the external costs of failing to provide competent legal services to so many people. We need a new model, one that does not rely on pro bono as charity, but instead integrates it into the everyday lives of thousands of "social justice solos" like Monique.

If we are ready to move beyond catch phrases and are truly serious about access to justice, eliminating bias, enhancing diversity and helping new lawyers earn a living, we have found one way to do it: put more resources into creating more team-like, supportive settings like legal incubators.