Don't turn off battery power. It's integral to clean energy

Despite a very challenging regulatory climate, a few battery manufacturers are still scattered throughout Southern California. 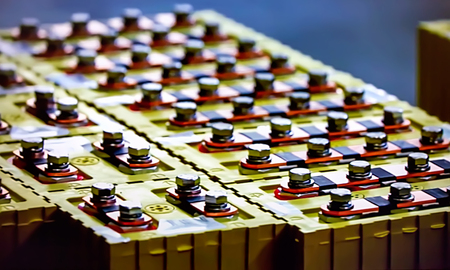 Batteries are a fundamental part of the future energy infrastructure.

A recent report by the Federal Reserve Bank found that the economy of Riverside and San Bernardino counties grew at a 4.06 percent annual pace in the past 12 months, down a little from last year but still 16th highest in the nation. Part of that outstanding growth involves the region's focus on development of alternative energy and the conversion of existing energy-intensive products to meet zero emission goals.

Batteries are a fundamental part of the future energy infrastructure. And despite a very challenging regulatory climate, a few battery manufacturers are still scattered throughout Southern California, supplying different types of batteries for a variety of purposes, including transportation, communications, emergency backup power, mobility and energy storage. U.S. Battery is one of those companies. We are located in Corona, California, and serve a variety of markets including renewable energy systems, marine and recreational vehicle power and back-up power systems among others.

Looking forward, the Inland Empire is well positioned to become a hub for even more growth and development of the fast-growing alternative energy industry. One development that would stand in the way of our region's economic growth and the State's continued leadership in the transformation to a clean energy economy is a potential proposal by the California Department of Toxic Substances Control (DTSC) to list lead batteries as a "Priority Product" under the Safer Consumer Products Program. That action could have a chilling effect on the development of new products and negatively impact high quality manufacturing jobs. Lead-based batteries already play an important role in reducing harmful emissions; they are used in emergency backup power applications, hybrid cars, commercial and industrial equipment, golf carts and other personal mobility vehicles, and provide critical storage capacity for intermittent wind and solar operations.

DTSC should not list lead-based batteries for two important reasons:

First, most lead-based batteries are not typical "consumer" products; they are used in applications that do not involve direct handling by consumers, such as the starter battery under the hood of your car. The Safer Consumer Products Program was intended to address everyday products that involve direct exposures to consumers, like the cleaning products and personal care products people use daily.

Second, the lead used in the battery does not pose a risk to consumers. It is fully encased while in use and recovered and recycled at a 99% return rate for reuse in new batteries at end of life. There is no threat of consumer exposure and no disposal problem. Workers involved in the manufacturing and recycling of lead batteries are also protected. Furthermore, there is no aspect of this process that is not already subject to extremely stringent regulations designed to protect against human exposures and environmental impacts.

Workers involved in the manufacturing and recycling of lead batteries are also protected. Companies are required to meet extremely stringent standards, which have become even more stringent in California based on recent revisions to South Coast Air Quality Management District regulations for facilities that manufacture and recycle lead-containing products.

U.S. Battery has implemented several programs for reducing, monitoring, and measuring lead exposure. Self-imposed benchmarks for permissible exposure limits (PEL) and blood lead levels (BLL) are set at a lower level than any of the State or Federal standards. This year, U.S. Battery will make another substantial investment in new equipment and control measures. The air both inside and outside the facility is monitored and adjustments are made to ensure the highest level of safety possible. It is not only the right thing to do but it is important to the future of the battery industry and the energy transformation to reduce potential lead exposures and promote a safe, healthy workplace.

Every energy source - solar, wind, hydro or batteries -- needs time to evolve and advance technology. Keeping the Inland Empire as one of the top performing areas in the country will require an openness to the evolution of these products. Advanced lead batteries manufactured by highly regulated facilities such as ours pose no threat to the public, and if given a chance, can play an important role in the clean energy transition and a breakthrough to combat climate change.

Southern California and the Inland Empire have a lot to gain -- or lose -- in the DTSC decision-making on batteries. U.S. Battery has evolved as a state-of-the-art manufacturing facility that has supplied Californians with battery power for more than 90 years. Now, California is on the forefront of an energy revolution that will involve different types of batteries for different purposes and which promises to be a jobs and business boon for the state. The DTSC should allow battery technologies to evolve to meet this demand and focus instead on sensible proposals to further protect consumers from direct exposure threats.

Terry Campbell is Director of Governmental Affairs for U.S. Battery.