CaseyGerry partner inducted in the International Academy of Trial Lawyers

Robert J. Francavilla’s practice focuses on serious personal injury, wrongful death and head trauma cases, and he has been praised for his trial work. 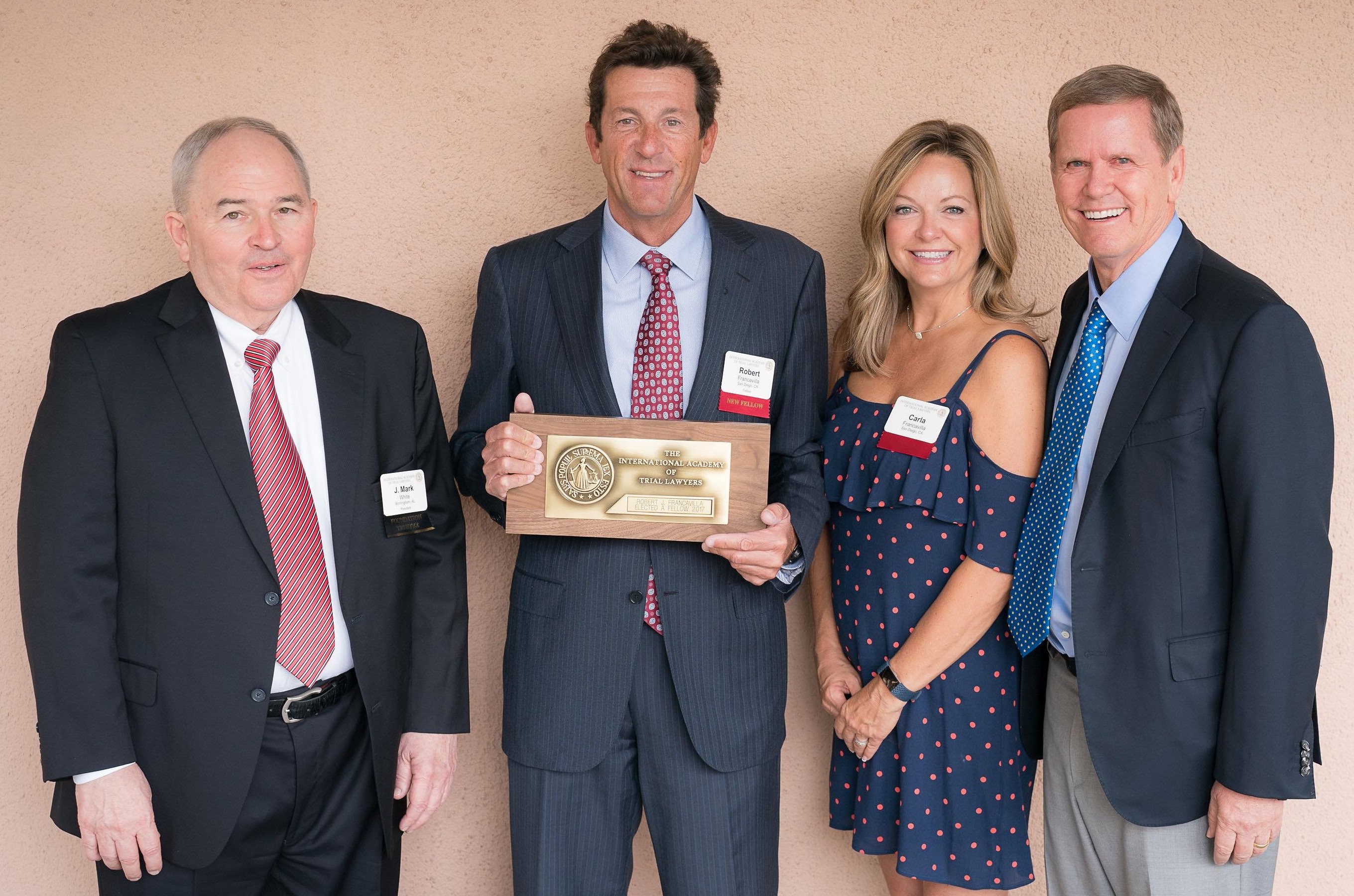 “Robert is well deserving of this latest honor, which adds to our firm’s growing list of national accolades,” said managing partner David S. Casey Jr. in a press release. “He is one of the region’s most accomplished and sought after trial lawyers and has attained dozens of multimillion-dollar results in recent years.”

Casey added that membership in the academy is an important invitation-only achievement limited to 500 active U.S. trial lawyers and 150 fellows from 40 countries. Francavilla’s induction ceremony was held during the academy’s mid-year meeting in Colorado Springs, Colorado, in late July.

Francavilla’s practice focuses on serious personal injury, wrongful death and head trauma cases. He was recognized as “Trial Lawyer of the Year” by the Consumer Attorneys of San Diego in 2017 as well as an “Outstanding Trial Lawyer” on six occasions.

Francavilla was evaluated by his colleagues and judges in his jurisdiction and was highly recommended. The academy inducts fellows annually who members determined have achieved a career of excellence through demonstrated skill and ability in non-jury and jury trials. Its members are working in civil practice on both the plaintiff’s and the defendant’s side of the courtroom and the trial of criminal cases.

Francavilla earned his law degree from the University of San Diego School of Law.