Ministry of Justice from Uganda visits Judicate West in LA

The event coincided with Judicate West celebrating its 25th anniversary. 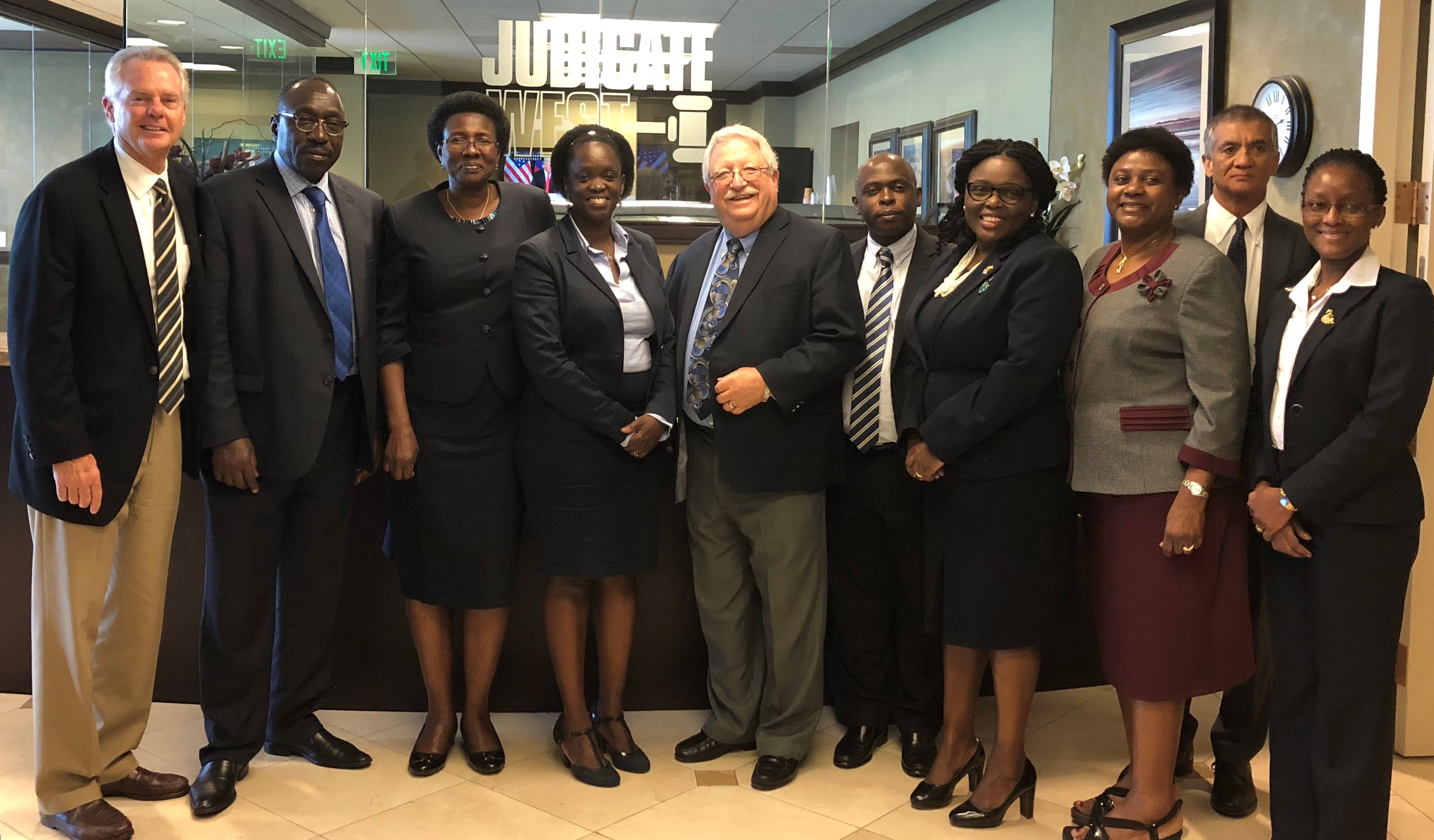 Judicate West welcomed judges and members of the Ministry of Justice from Uganda in its downtown Los Angeles office on Sept. 25. The event coincided with Judicate West celebrating its 25th anniversary.

In a program sponsored by Pepperdine School of Law, Straus Institute for Dispute Resolution, the judges and other high officials shadowed mediation sessions as part of a five-day course titled “Mediating the Litigated Case.”

“We are so excited to welcome our guests from Uganda, and it was such a positive and engaging experience for everyone involved,” said Judicate West mediator Mitchel Goldberg, one of the trainers for the program. “Some of our visitors even expressed that watching skilled mediators settle their cases was like watching magic happen.”