The Consumer Attorneys of California named Craig M. Peters of Altair Law and David L. Winnett of the Veen Firm its attorneys of the year Saturday night at the association’s 57th annual convention. 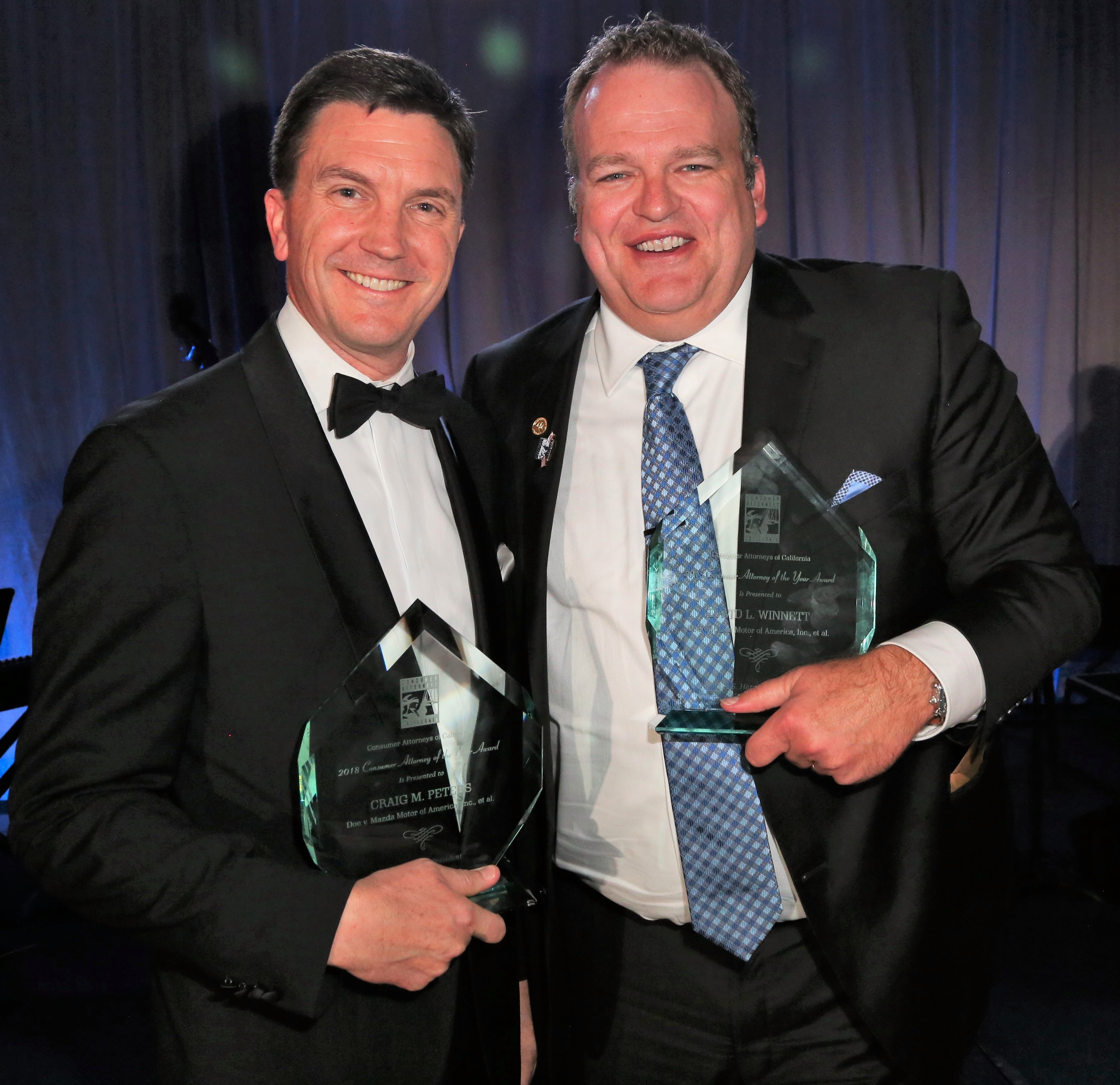 SAN FRANCISCO — The Consumer Attorneys of California named Craig M. Peters of Altair Law and David L. Winnett of The Veen Firm its attorneys of the year Saturday night at the association’s 57th annual convention.

The pair secured a nearly $15 million verdict against Mazda Motor of America Inc. for a defective seatback design that left a woman paralyzed after a rear-end collision.

“There is no greater feeling on Earth than to do good for people who need right done by them,” Peters said.

The association set a new record with 3,500 members this year, according to newly-inducted President Mike Arias.

Niall McCarthy added that the association doubled its donors and raised $5.7 million for elections.

Holding Mazda accountable for its design defect was difficult because the company and industry was willing to spend “unlimited amounts of money to fight against a simple change,” according to Peters and Winnett. Doe v. Mazda Motors of America Inc., RG14723293 (Alameda Super. Ct., filed April 1, 2016).

“What we did give her a better quality of life,” Winnett said. “It allowed her to get in a home more accommodated to her needs and secure a better future.”

Taylor Rayfield of Greene Broilet & Wheeler LLP was also honored as the association’s Street Fighter of the Year for successfully settling a sexual assault claim against a high school wrestling coach, who was hired by Torrance Unified School District despite prior allegations of sexual misconduct, which led to compensation for more than two dozen other survivors.

Society must start taking sexual misconduct allegations by all people, whether they are women or men, more seriously, according to Rayfield.

For his part in the CAOC’s efforts to pass the California Consumer Privacy Act, which gives consumers the right to seek damages when businesses do not take adequate steps to protect personal data, Timothy Blood of Blood Hurst & O’Reardon won the Marvin E. Lewis Award.

The CAOC awarded the Robert E. Cartwright Sr. Award to William Veen for being a longtime supporter of the association’s education programs and his mentorship to younger attorneys.

Former association president Mary Alexander of Mary Alexander & Associates was also awarded the Edward I. Pollock Award for helping achieve a landmark verdict, which held lead paint as a public nuisance and was litigated for 18 years, to completion.